The Journey of a Sci-fi Hating Person – Battlestar Galactica: Season 2 – The End 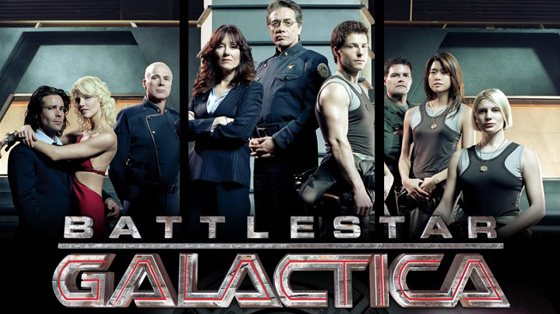 The Journey of a Sci-fi Hating Person began at the beginning of the year when I got my mother to watch Battlestar Galactica, and seemed to have gotten her hooked on it for a while. We really did. We almost devoured Season 1 in about two weeks, but then life happened. A break here, and another one over there… then, it was time to head off to Asia, and it’s been a month until we finally settled in our old routines.

I am sad to report The Journey of a Sci-fi Hating Person has come to an end, since my mother has lost interest in the show. We barely made it to episode 6, Home: Part 1, when we get a lot more into the myth of Earth and the 12 Colonies — my mother already hated Laura Roslin a lot, so by the end of episode 7, Home: Part 2, she had already dozed off. She decided to take a shower and go to sleep earlier.

The journey is finally over. 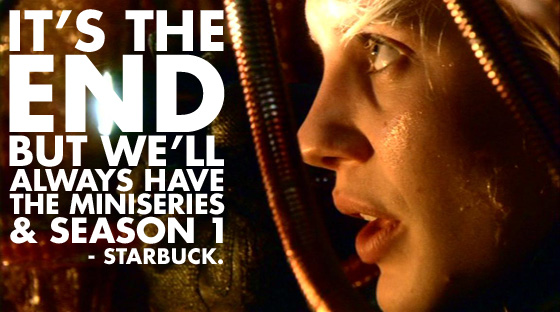 My guess as to why my mother has decided to let Galactica go is as good as any. Maybe it’s the fact that the show took a couple of episodes to get into the religious myth of the story — while frustrating to me, it might have been boring to my mother. Maybe it’s the fact that Commander Adama was out cold for a couple of episodes, while Starbuck was sent on a mission, leaving her stuck with the characters she hated the most: Laura Roslin, Lee Adama, and… Tom Zarek.

Then again, maybe it was the breaks we had in between watching Season 2… maybe the time we didn’t spend watching was enough to let her brain just move onto other things.

Then maybe… Julyssa was indeed right — shorter IS better.

My mother could have so easily watched Season 1, loved it, and moved on — just like she did when watching Firefly. However, a commitment to four seasons… maybe it was too much. Or maybe long-time-watching is just better suited for a younger audience who have the time to get familiar with fictional characters…

Maybe… for the rest of us, we have other stuff to do?

I have some questions~~~

Do you guys follow any shows? If so, how many

How many hours do you put into your TV watching a week? What’s your age range? What do you do?