The Journey of a Cassie Part Two – The List Pt. 2

Apologies abound to all you raving Cassie lunatics for the tardiness of the latest instalment of my new fangirl madness. You’re, no doubt, chomping at the bit to know how my list is going to unfold. Well, you don’t need any excuses as to why I made you wait over a week. Let’s just jump right into it.

For those of you just joining the party, to recap what happened last week, darling Changminnie came in at #5. Nothing against him, but somebody had to be at the bottom and sadly it was this adorable little creature. Keep in mind, this is more of a list of who I favour more than a list of who I don’t like versus who I do.

Now, if you’ve been keeping up, you’ll know that I’ve already sort of separated the list in clumps of two and three, so my #4 pick shouldn’t come as a surprise to anybody: 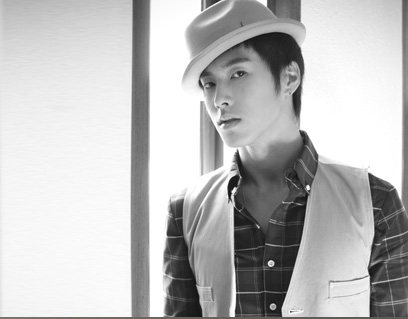 Before Yunjae fangirls come after me with pitchforks and lit torches for separating probably the most popular boy band coupling in boy band history, you were warned that this list is my attempt at rationalising the craziness surrounding my obsession with DBSK.

Yunho has all the charisma and swagger you’d expect from a leader of one of the biggest boy groups of all time. It’s no surprise that he became the honorary hyung of the group — I say “honorary” because technically he isn’t the eldest in the group. That honour goes to Jaejoong, whom we’ll hear from later on down the road. However, even with his obvious leadership qualities, there are some glaring flaws that dropped him lower on my list.

Let’s get the most obvious aspect of his charisma out of the way (in detail, of course). The man’s dancing is brilliant. At this point in my hallyu obsession, I’ve seen quite a few dancers, but none seem to have the natural grace or talent that Yunho possesses. My brother’s a dancer — schooled in hip-hop, starting with breaking and pushing his movement to a higher form of consciousness that’s a bit too intricate for me to go into detail about here. So, when I saw Yunho’s movement and the passion that he puts into the ebb and flow of his body, I was automatically reminded of my brother. Unlike the resemblance in youth to Changmin, Yunho’s elegance on the dance floor is what connects me so strongly to his presence.