The Importance of Kim Jho Kwang-Soo

This is all thanks to Amy’s interview with Mr. Kim. I have had the pleasure of seeing his shorts and reviewing two of them, and now we have had the pleasure of interviewing him. I can say that I am very overwhelmed. Extremely overwhelmed, to be accurate, because this director dares to create the content that he does, because he dares to not back down, because he dares to give those who need it a voice.

The reason why I feel so passionately about LGBT issues is because I feel that it’s so unfair. Now, there are many things in this world that are unfair, I will admit that and I wish I could give every single one of them my thought and actions, but sometimes that isn’t possible. I guess I burn extra hard for LGBT issues because some of my dear friends are gay, I have seen people close to me suffer because they can’t be free in the way they are. I don’t know, I guess that I feel so passionately about it because you are condemning the way people love. Why I burn extra hard for the LGBT issue in hand with Korean entertainment is because I can see the hypocrisy[1], and therefore that makes me boil even harder. I just have a thing for injustice. 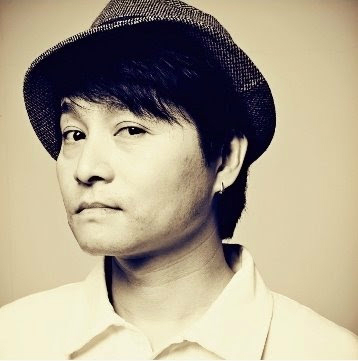 That is why director Kim Jho Kwang-Soo gives me so much hope and pride. The work he has been doing and the work he has accomplished until know gives me hope that things might change. Just seeing the trailer for his new feature Two Weddings and A Funeral, there are just some directors that can take a topic and present it with so much heart and respect that you grow fond of the movies. Until this day Boy Meets Boy and Just Friends? are among my favorite shorts of all time — because I can see how much love has been put into them, and therefore the love spreads beyond the screen. But also because I admire a man that takes a stand in a society where what he is doing is condemned because of bigotry. The way director Kim Jho Kwang-Soo keeps pushing LGBT issues in the Korean entertainment business makes me happy — he at least makes a small place where other homosexual individuals can find a bit of refuge as well as pushing for the acceptance of LGBT individuals. He also does it in a remarkable way, creating quality content that not only aims to entertain but also to reflect and question.

I hope that others follow in the steps of Kim Jho Kwang-Soo. Although he is doing a great deed by himself, more people are needed to make a change. Small changes are always good, but it’s often the ones that occur publicly that make a big difference. It’s always important to voice and discuss the injustices that happen in the world, and I applaude Kim Jho Kwang-Soo for doing just that.