The Greatest Love of All… Brit Rock 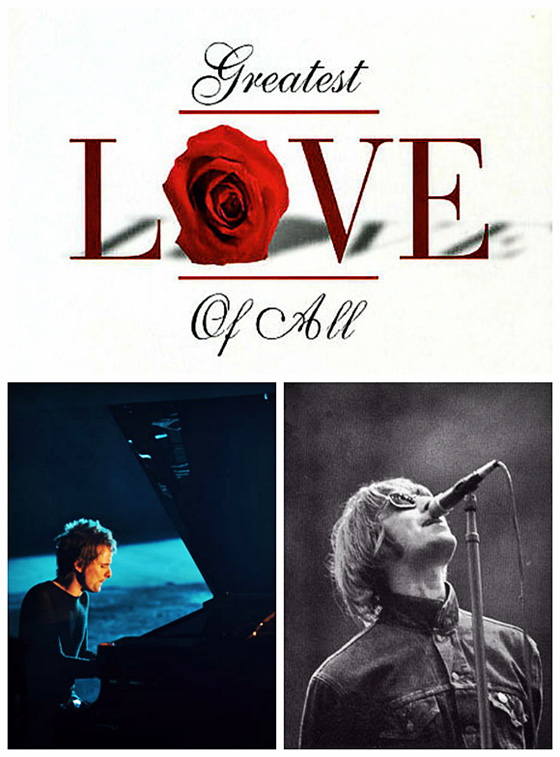 Isn’t The Greatest Love of All (Whitney Houston) not only NOT exactly British, but (worse?), NOT even ROCK by any possible standards?

But my focus here is actually how the subject matter of romantic love (Valentine’s Day is just around the corner, after all) has been handled lyrically by two “great” (in terms of popularity at least, if not musicality) Brit bands from the ’90s:

Wildly successful as the movie/saga series may be, they are NOT the reasons I have in mind that qualify Neutron Star Collision for the grand title as one of the greatest Brit rock ballads. Rather, there are  other grandeurs that do the trick:

Amount and Depth of “Love” in the Lyrics

While this song can’t possibly beat All You Need Is Love (The Beatles) in terms of the number of times that the word “love” shows up in the lyrics (32 for All You Need Is Love, 6 for Neutron Star Collision), it arguably appears to do so through a variety of literary devices used.

Had Matt Bellamy not gone down the rocker route, he might as well try his luck at the theater and become a playwright (let’s meet the next … William Shakespeare?!). Seriously though, who else would use such big words/expressions  as doctrines, dissipate, on a mission, snowflakes in an ocean … to describe the everlasting nature of love in a rock ballad? And yet within the context charted out by the analogy of “neutron star collision” (which actually makes a subtle reference back to the concept of Black Holes and Revelations (2006)), all these fancy words/expressions now seem justifiable.

So Neutron Star Collision champions our grand title by the quantity and quality of “love” therein. What about the one by Oasis?

Something is not quite right.

How come a rock “ballad” in which the word “love” doesn’t appear even once could be crowned as a deserving candidate?

But then this is exactly my point — a love ballad without the word “love” in it whatsoever.

Instead, we have the subtly romantic Wonderwall in its place.

Oasis sure has a vibe for words that sound great but are obscure meaning-wise.

“’cause maybe,
You’re gonna be
the one that saves me.”

The keyword here is definitely maybe… Reason? Remember whose album has exactly Definitely Maybe as the title?

And maybe, according to my trusted male friends, means “yes” in most men’s vocabulary.

“I said maybe,
you’re gonna be (so he’s not just saying it but is pretty darn sure about it)
the one that saves me …”

that is a huge deal — the deal being:

May the force of love from Brit rock music be with you.

Part of the YAM Magazine Time Machine Blogathon: Back to the 90′s.