The Gay Kiss and the Collective Gasp

I don’t know how many of you have experienced movie theaters other than at your home countries, but if I had more time during leisure trips, I would probably try to check out movies at the cinema. If language wasn’t such big of a problem in Asia, maybe I would’ve tried it with local movies. There are only six movies in my life that I’ve seen with totally different audiences; Kill Bill Vol. 1 (CA/PE), Harry Potter and the Prisoner of Azkaban (CA/PE), Fahrenheit 9/11 (CA/PE), La Mome (SV/PE), Harry Potter and the Order of the Phoenix (ES/PE)… and then there was Brokeback Mountain (CA/PE).

There are films that get a universal response, such as the emotional one for La Mome that had Marion Cotillard leaving audiences speechless despite language barriers. There’s the excitement for others like the Harry Potter movies, but even if Tarantino’s Kill Bill is made for fun cheers, the audiences in the theaters in Vancouver and Lima received it completely different. Political films with a sense of humor are even more niche, considering I saw Fahrenheit 9/11 at a packed whistling and cheering theater in Vancouver, in contrast to the kinda empty somber theater in Lima. 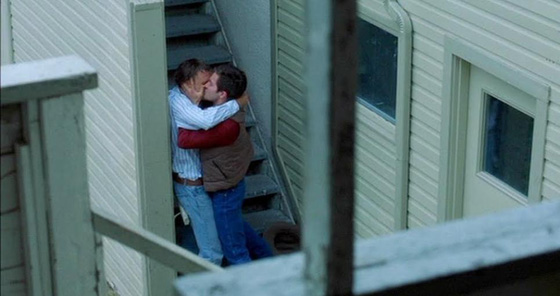 Brokeback Mountain is a serious and deeply moving film the more you watch it, you absorb it and take it all in as the experience that Ang Lee wanted you to have. Touted as a quality film, the theater in Vancouver was packed. While lining up, you could even spot men in their cowboy get-ups — customary cowboy hats, jeans and boots. There was no excitement in the air, but a quiet intense vibe could be felt in the room. When Heath Ledger and Jake Gyllenhaal’s characters meet up after so many years, nobody made a sound- it was the desperate embrace of two forbidden lovers and their attraction for each other would bring dire consequences in their lives.

It couldn’t have been more different a experience in Lima.

There were only a handful of people for the first show of the week, and people only knew it as “the gay movie,” it wasn’t even “the gay cowboy movie” to give you an idea how many LGBT movies make it onto our big screens. That was nearly ten years ago, and I still have the same perspective of Lima as I’ve always had- we’re misogynistic… and we’re definitely on the homophobic side, despite our pop culture embrace of cross-dressing acts [1]. It was ten years ago when I was appalled with the reaction the audience got when Gyllenhaal and Ledger kissed each other. It wasn’t a gasp, it was laughter. They were laughing because two men were kissing. Two men were cheating on their wives with each other. This was coming from people who supposedly knew what the movie was about.

I started retreating from movie-going then, I didn’t feel like tainting my appreciation of a film with an audience. I’ll either choose the earliest opening shows to avoid most people, and never choose weekends. Also… always ALWAYS try to avoid popular movies because they don’t really need my money, so it was a surprise to get to watch A Los 40, mainly for pure LGBT-related curiosity. 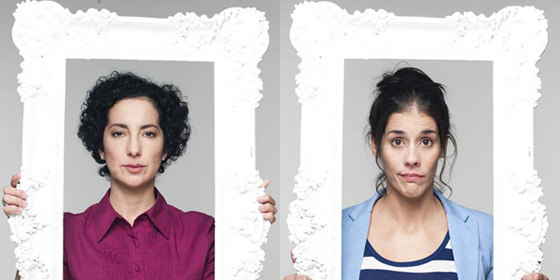 Narrative feelings aside, the moment was an unexpected kiss… a kiss that was met with drowning gasps from the audience, I wonder if that would have been followed by the cold silence of pure shock- if only Alcantara’s high joke hadn’t broken the moment, and Ascenzo had been brave enough to let it sink in for a moment before he took it away.

This is the first time I can think of two women kissing not in a tantalizing way on local mainstream entertainment, and this is definitely the first time I’ve seen gay people in not-a-LGBT film (that happens to be mainstream) played for real not for high-strung drama, not for laughs. It didn’t go anywhere, but it was there for all people to see.

Now, it was two women kissing. Would people feel different if it had been two men? Would the audience mock the actors like they did with Brokeback Mountain all those years ago, or would they gasp all the same? 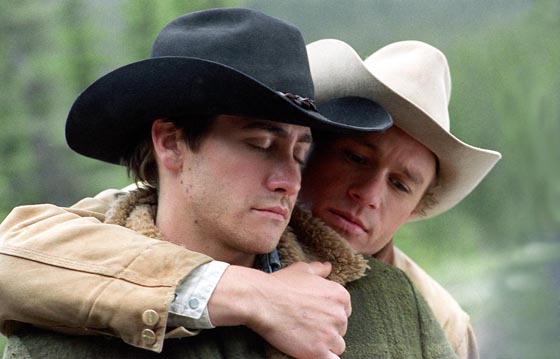 Don’t forget to check out my Beginner’s Guide to Commercial LGBT Films list.