Dammit, Pacific Rim: Uprising release date was delayed again. From February 23rd, 2018 to March 23rd, 2018. Yep, one month… and the same week as Lionsgate’s Robin Hood and a week before Steven Spielberg’s Ready Player One.

Chiwetel Ejiofor is in talks to voice Scar in Disney’s live-action/CGI remake of The Lion King! I don’t know why since Jeremy Irons is still alive, and they already have James Earl Jones for Mufasa. But I like Chiwetel, so it’s fine. I do wonder if he can do justice to “Be Prepared” tho. He would join a quite decent cast that includes Donald Glover (Simba), Seth Rogen (Pumbaa), Billy Eichner (Timon), and John Oliver (Zazu). Jon Favreau will direct because The Jungle Book was fantastic. The Lion King has a scheduled 2019 release date.

Here’s a new clip from Marvel’s Inhumans, highlighting how tragic the CGI on Medusa’s hair is. Maybe it will look less bad if they gave her a head piece like some comicbook depictions? Or will it look more like a helmet with hair?Iwan Rheon is acting so hard as Maximus tho. I’ll give him props for that.

Will & Grace revival will pretend the damn awful finale never happened… and that’s fine by me! “We frankly did not want to see them being either good parents or bad parents. We wanted them to be Will and Grace.” Damn right, executive producer/creator David Kohan! So yes, Will (Eric McCormack) and Grace (Debra Messing) will be single, childless, and still living in their infamous New York City apartment. Jack (Sean Hayes) and Karen (Megan Mullally) are also back to how they were pre-finale, with Jack’s living in the apartment across from Will and Grace, and Karen with her fancy rich lifestyle and drink in hand. Also, NBC has already renewed it for a 13-episode season two! Additionally, season one has been expanded and will now be 16 episodes, rather than 12. Will & Grace will return on September 28.

Usually I like Empire’s subscriber cover better than the regular one (and the regular ones ain’t something to scoff about either!), but this subscriber cover for Thor: Ragnarok went beyond awesome! They commisioned Marvel artist Russell Dauterman (the illustrator behind the current run of Thor comics) to produce this lovely illustration of Thor (Chris Hemsworth) battling Hela (Cate Blanchett). It also kinda makes me want to get two, so I can color one. And I am not a fan of coloring… because I suck at it. 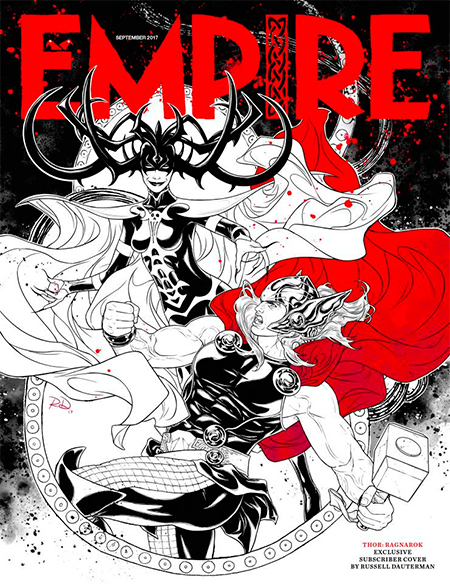 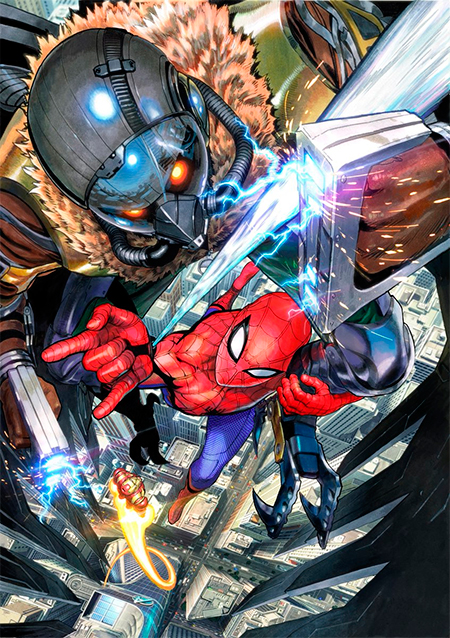 According to Forbes, The Flash solo movie (Flashpoint) will include Wonder Woman… which is to be expected if it’s going to be about that particular storyline. I will be surprised if she’s the only DC superhero in the movie besides, well, The Flash.

Flashpoint is currently scheduled to release in 2020. So we’ll see Wonder Woman twice this year, again in 2019 [for the Wonder Woman sequel], and in 2020. That’s an average of one appearance every year, and it means Wonder Woman could potentially appear in as many different films as Batman will over the course of the next few years in the DCEU.

Yay! Robot Chicken will tackle Force Awakens and Rogue One next season. Oh yeah, also Westworld. Not that I dislike Westworld… but Star Wars! Sure, it’s a given considering Robot Chicken loves Star Wars, but I do love it when things I expect are confirmed (in this case by producer Doug Goldstein). Season 9 doesn’t yet have an exact season premiere date, but will be debuting on Adult Swim sometime this fall.

Luckily, when Season 9 airs, we’re finally getting a chance to do Force Awakens and Rogue One. It is so frustrating to be between seasons and awesome stuff happens and we’re like, ‘We gotta get back to work.’ The Star Wars stuff we did this season is pretty smart.

And that’s it for the week. Before I go, I want to wish Happy Birthday to Wil Wheaton, Christopher Nolan, Lisa Kudrow, J.K. Rowling, Jason Momoa and Evangeline Lilly. 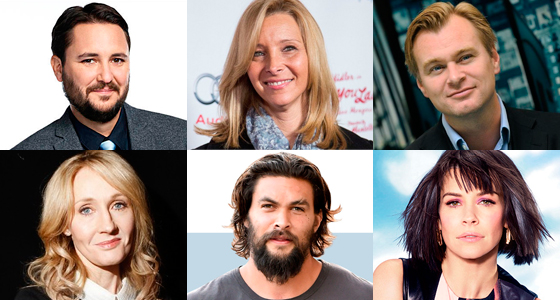