The Fangirly Diary of a Geek Girl: Whose team they prefer to be on

Tuesday was anime day! First, we have the voice actress of Dragon Ball‘s Kuririn, Mayumi Tanaka, totally shipping Goku with her character, and flat-out saying Kuririn could be a better wife than Chi-Chi. Damn, I haven’t been so surprised since J.K. Rowling said she might had made a mistake making Hermione end up with Ron.

At any rate, Kuririn really loves Goku. That’s why he waited for Goku during the battle with Vegeta, and on Planet Namek. He’s really in the position of a wife, going ‘I’m no match for these guys, so get here quick, Goku~!’ He just might make a better wife for Goku than Chi-Chi.

And then we had new character biographies about Boruto: Next Generations, a follow-up to Naruto Shippuden. There characters are Boruto and the other kids born from Naruto’s generation. Here’s the one kid who probably wasn’t friends with Boruto since they were in diapers, “transfer student” Mitsuki. We have yet to know who are his parents: 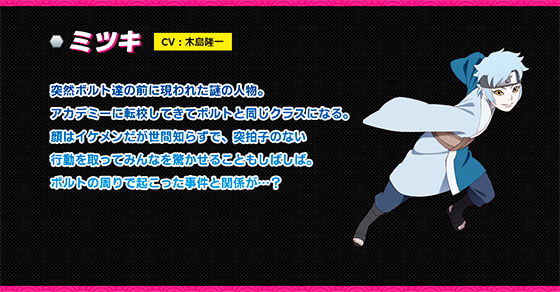 This was a day that will live in history! Yep. Beauty and The Beast has got their own gay character: LeFou. Gaston’s stumpy little sidekick. Dammit, Disney, did it have to be a villain? I mean many of your villains are already queer-coded! But yes, I was getting kinda those vibes from the clip of the song “Gaston”. Even in the original song, dude seemed kinda thirsty for Gaston. Buzzfeed will be partially happy, I guess. But what about Bi Lumiere and Gay Cogsworth tho? Anyway, director Bill Condon said that “LeFou is somebody who on one day wants to be Gaston and on another day wants to kiss Gaston.”

He’s confused about what he wants. It’s somebody who’s just realizing that he has these feelings. And Josh makes something really subtle and delicious out of it. And that’s what has its pay-off at the end, which I don’t want to give away. But it is a nice, exclusively gay moment in a Disney movie.

Continuing with the Beauty and The Beast theme, Disney released the first full clip, featuring said Beast “inviting” Belle to dinner. We also had the first clip from Ghost in The Shell, where Scarlett Johansson’s The Major wakes up on an operating table, where she’s told that she’s been given a new body after her original one was seriously damaged in a terrorist attack.

And from that Ghost in The Shell clip, we also got an IMAX poster. We also have new posters for Pirates Of The Caribbean: Dead Men Tell No Tales [1], the fifth film in that franchise; Alien: Covenant [2], a total callback to the original film; and and Guardians of the Galaxy: Vol. 2 [3], shared by director James Gunn in all its colorful glory.

Here’s our first look at Jason Momoa’s Aquaman underwater in a test footage for Justice League, courtesy of director Zack Snyder. The image is very low-res, but it seems to be Aquaman is swimming towards Patrick Wilson’s Orm, aka Ocean Master. The fluidity of the movements looks good. I hope it translates well to the final product. 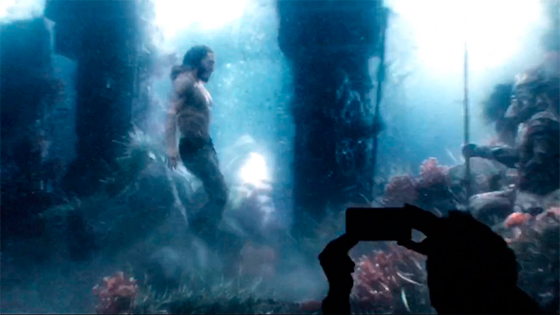