Here’s our first look of the new Ghostbusters main cast in their ghostbusting uniform. OK, so these are set photos and not official, but still! They look great! 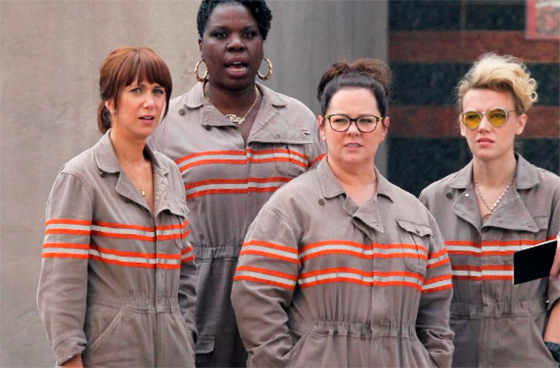 Here’s the new promo for The Hunger Games: Mockingjay – Part 2.  I like the idea of it, but is Jennifer Lawrence supposed to be so obviously green screened in? Couldn’t they have her actually be there for the filming of this?

Rumor has it, Ben Affleck may team up with comicbook writer Geoff Johns to direct, write, and star in his own Batman movie. This rumor is not new (except for the Geoff Johns part), but it’s making the rounds again, stronger than ever. In fact, it’s said that Affleck and Johns will turn in a script before the end of the US summer. And I didn’t ask for this, but sure why not.

According to Wesley Snipes, dude has met with Marvel, and talked about the possibility of returning as Blade The Vampire Hunter. Dude is also totally game for being part of the MCU and claimed that he has “always been a fan of these pieces and adaptations and I’d be nice to be a part of the family again”.

Anyway, here’s Doctor Who Series 9 trailer shown on SDCC. The show will premiere on September 19!

Let’s start the day of SDCC news with something I’ve never heard of, but looked interesting: The Shannara Chronicles… which apparently was a bestselling book saga by Terry Brooks. And the series will be based on the second novel in the series, The Elfstones Of Shannara. Here’s the official first look shown at SDCC. I like the aesthetics. Not bad for a MTV show~ And yay, Manu Bennett has got another job!

Now, for something new that I have heard a lot and am in fact anticipating: Ash vs Evil Dead. Here’s the official trailer that Starz released, and it made me smile stupidly~

And, finally for something I am already a fan of and waiting more: Vikings Season 4. Here’s the trailer shown at SDCC. Oh boy, Ragnar surely is toast this season, since creator and showrunner Michael Hirst confirmed it will be the final reckoning between him and Rollo!

Rollo seems to have committed himself to marrying the emperor’s daughter, and Ragnar and Bjorn have promised to return to Paris the following year. So it’s all set up for another huge and defining encounter between them.

On more SDCC news not TV series related, Bruce Timm confirmed that he will be working on The Killing Joke animated film, which should be release sometime in 2016. Hope Mark Hamill reprises as Joker! Specially considering he said he would love to voice it should the adaptation happen, even calling it “a dream unfilled”. Well, now’s your chance!

Legend of Korra comics are coming! Yes, the story of Korra and Asami will continue in comicbook form! No news as to when exactly, we just know that it will come from Dark Horse… and that Avatar and Korra co-creator Michael Dante DiMartino will write it. Guess I can considering it canon, right? Bryan Konietzko (the other Avatar and Korra creator) will be working on the story with DiMartino, and will be consulting on the art~ 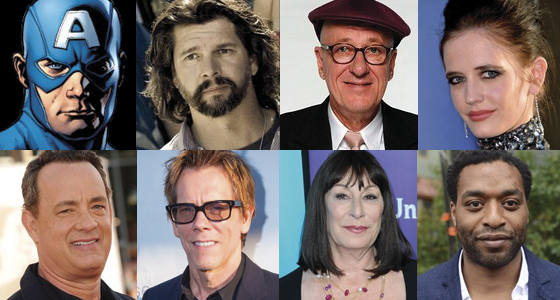