Ghostbusters news! Director Paul Feig tweeted a picture of the new Ecto-1! Also, Andy Garcia joined the film as the mayor of the city, which probably means he and the gals won’t be BFFs~ 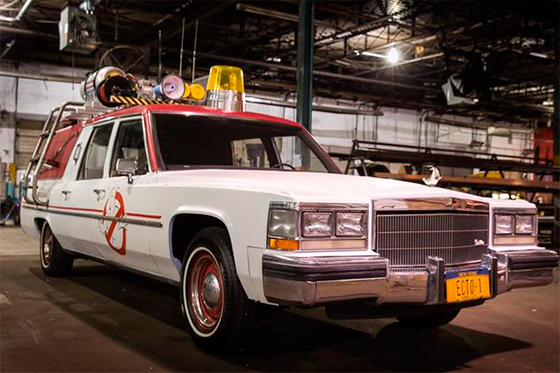 Warner/DC has been talking smack about Disney/Marvel lately (OK, specifically Zack Snyder and Ben Affleck), but Disney CEO Bob Iger is a chill dude and ain’t have time for competition~

We’re Marvel. We’ve done a great job of building the Marvel brand, which we think when it’s on a movie really makes a difference. We’re seeing signs of that. […] We like the Marvel slate that we have coming up. We think they’re unique in many ways and have no concerns [about competition] whatsoever.

Marvel/Netflix’s Daredevil casts its Electra for Season 2! And it’s Elodie Yung! Well, I guess they took a look at her outfit and physicality in G.I. Joe: Retaliation and called it a day. And you know what? I wouldn’t blame them. I just hope she’s up for the job acting-wise.

Hayley Atwell confirmed that Dominic Cooper, a.k.a. Papa Stark, will return for Agent Carter Season 2! Also, girl seems quite enthusiastic about the job and keeps comparing it to L.A. Confidential (in her head at least!)

I’ve not started work on [season 2] yet, but it’s been written. I do know that, one thing they have decided, is that it’s going to be set a year later. So it’s 1947, it’s going to be set in L.A., and I keep on thinking about L.A. Confidential, that kind of film noir, which would be great.

Entertainment Weekly shared a couple more images of Bruce Campbell in Ash vs Evil Dead. Campbell continues to be the most excited one about the adaptation:

There’s going to be a lot of the classic, over-the-top, in-your-face fullness, with a pretty trash-talking Ash. In a TV series, people gotta talk, so Ash will have more dialogue than he’s pretty much ever had. There’s a pretty high count of Ash’s classic one-liners. They’re back, and they’re strong, and they’re flourishing! 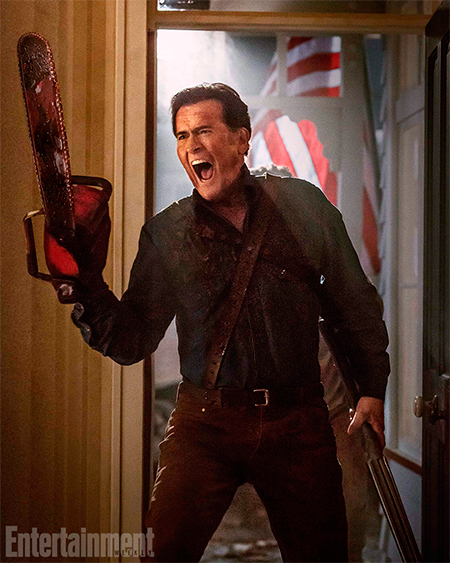 Locke & Key is back! In the form of an audio play! And not just any audio play! One with an All-Star cast! It will have 50 voice actors, which include Haley Joel Osment and Tatiana Maslany as narrators, with special appearances by the comicbook creators Joe Hill and Gabriel Rodriguez, as well as Kate Mulgrew and Stephen King! The audiobook will be free from October 5 to November 4. After that, you’ll have to pay for it in the Audible store. Also, those lucky bastards at SDCC could get this limited edition poster signed by Rodriguez: 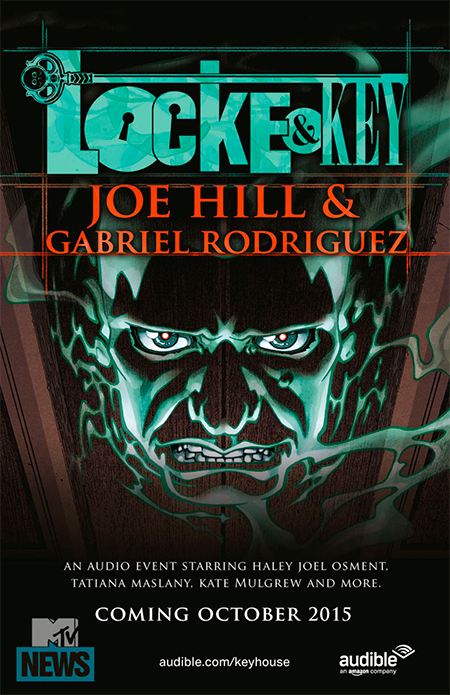 Well damn! Jennifer Lawrence looks awesome in her red battle gear (that I don’t remember from the books) sitting in President Snow’s throne in this new The Hunger Games: Mockingjay – Part 2 poster! 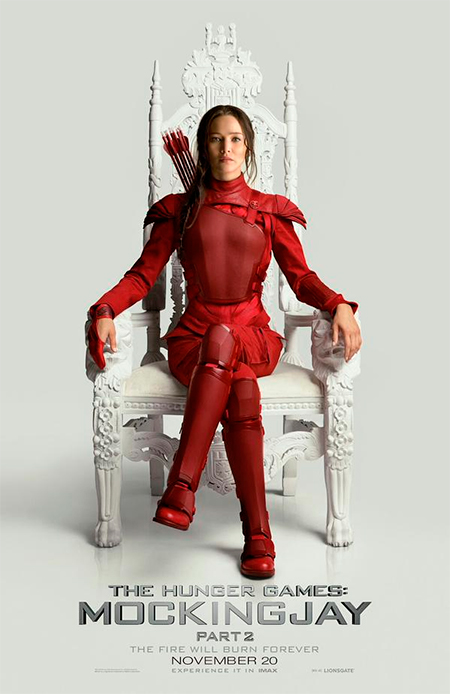 According to Variety, Marisa Tomei is Marvel’s Spider-Man‘s new Aunt May. On one hand, stop taking away old ladies’ jobs, Hollywood! On the other, I always thought Aunt May looked more like a Grandma May in classic comicbooks and the Sam Raimi movies. I mean, Tomei looks like she could be the aunt of a young teenager. I guess they wanted it to be more like Hiro and Tadashi’s aunt from Big Hero 6, than a granny-looking woman? Also, over the years, her depictions in comicbooks and cartoons have become younger and younger.

Ryan Reynolds got asked about the possibility of having Deadpool in other X-Men movies or even Wolverine. And yeah, it would be difficult, considering Deadpool’s nature.

It would be kind of hard, wouldn’t it? Because you have a character – let’s say you have a character who knows he’s in a comic book movie, that sort of breaks the fourth wall [and] has a tendency to kind of say people’s real names instead of their characters’ names. How do you introduce that into another universe that…does not do that? So…I don’t know. I’d be curious to say. I’m not saying that’s not going to happen. I don’t know if it’s going to happen. I would love to see that.

Also, Reynolds is pretty sure Deadpool will be the last superhero role he will play. So, he will only be game to wear superhero tights again only for more Deadpool movies. If they were to do good, guess Reynolds could grow old with the role like Hugh Jackman. And since Reynolds as Deadpool either wears a mask or has lots of make-up on to show the character’s disfigurement, we wouldn’t know he has aged~

We all want to be Batman alone at home in our specifically-sewn Bat pajammies, but no, I have no desire to play any other superheroes after this. Hopefully we’ll get to do Deadpool again. Given the fact that it’s rated R, the fans have to show their support for it, and they have to come out and make it worthwhile for the studio to make another one, but that’s it for me. I’ve punched that superhero card a few times now, and that’s enough. 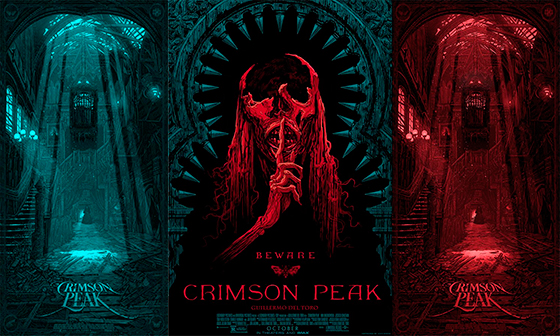