Greetings, fellow fangirls and fanboys! The San Diego Comic-Con (SDCC) started this week and thus we have many first looks of movies, TV series and comics, but it was not the only place we will get our first look at geeky things. Specially at four ladies who bust ghosts~ Here’s how the week started:

Emperor Palpatine’s twenty-year reign of terror came to an abrupt and fiery end in the skies above the forest moon of Endor. A decisive victory for the Rebel Alliance, to be sure, but even with the loss of its leadership, the Empire’s Moffs and regional governors retained their hold on important systems from the Core to the Outer Rim, thanks to the might of the Imperial Starfleet. Now, with a power vacuum atop the Empire, those Moffs will jockey for position and control, and the heroes of the Rebel Alliance will soon discover that a wounded and fractious Empire may be more dangerous than any threat they faced before! 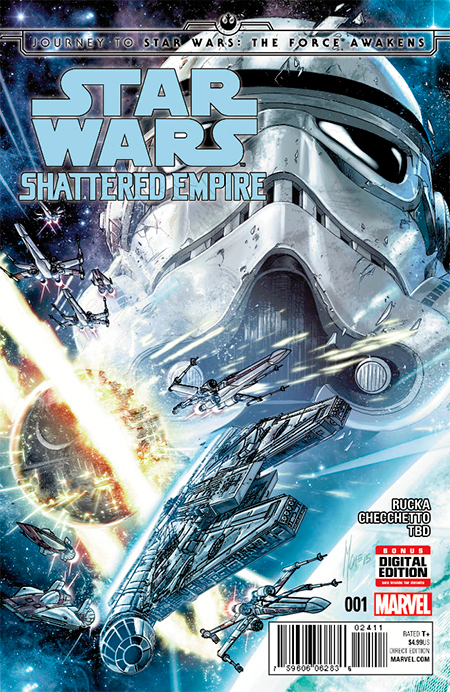 Jurassic World was finally taken from the top of the US Box Office by Inside Out. And it was by such a small margin of $29.24 million to $29.77 million! Congrats, Pixar! And maybe Inside Out just managed to beat Jurassic World, but it had it better than any Pixar movie save Toy Story 3! So congrats again!

Apparently, Sanrio is planning to make a Hello Kitty movie, which could end up with a budget of $242 million. Well damn, what a time to be alive!

It’s the Age of Deadpool, as Marvel’s fan favourite (and fan servicy) character gets his own Entertainment Weekly cover thanks to the awaited movie. You are getting a lot of good will for making up and beyond for your part in X-Men Origins: Wolverine, Ryan Reynolds. I might not like you a lot (or at all), but I respect that. 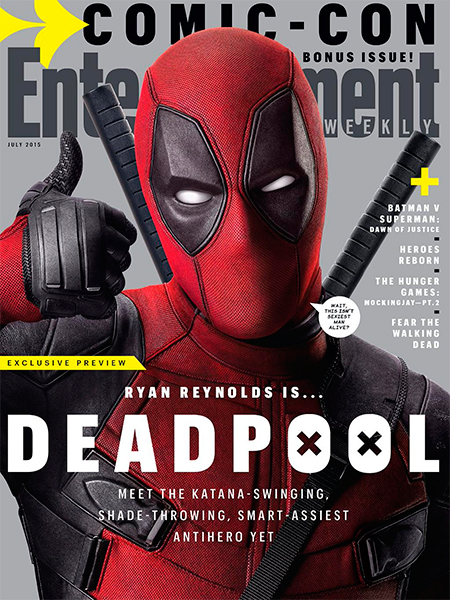 Disney XD released a new poster for animated Guardians of the Galaxy TV show, which officially start airing on Saturday, September 27. But the first episode airs on September 5 as a sneak peek. But wait! There’s more! Disney XD will play 2-minute shorts of each Guardian’s origin story every Saturday evening in August! 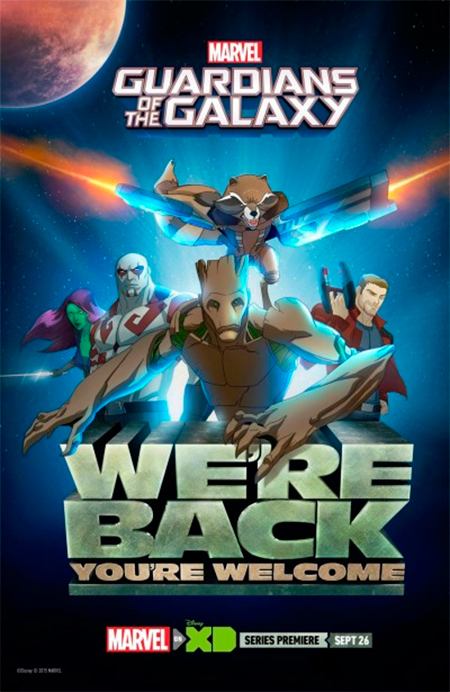 On more Marvel news, rumor has it that Rachel McAdams has been offered the female lead role in Doctor Strange! There’s no mention what role could have been offered, but it could be Strange’s love interest, which means Clea mostly likely. I kinda hope she ends up accepting if it’s true (and that her part is a good one).

Seems Chris Pine is a popular guy on Warner/DC Comics~ Dude has been offered two roles! As far as rumors go, that is. He’s been offered the role of Steve Trevor, love interest of Wonder Woman, but he’s also up to play new Hal Jordan in the Green Lantern movie… that will hopefully make us forget the Ryan Reynolds one which only had Mark Strong as Sinestro as the one good thing that came out of it.

My fav Noelle Stevenson may be leaving Lumberjanes after Issue #17, but girl aint’ idle! She’s teaming up with writer Todd Casey on a new illustrated fantasy series for Harper Teen called 4 Wizards and the description makes me want to have it in my hands now!

[It’s] the story of an eccentric wizard, Hugo, who is forced to take an apprentice, and gets stuck with sarcastic teenager Ivy, a medium who is sometimes possessed by her powerful and unpredictable alter-ego Nightshade. The two of them must work with their neighbors, a disgraced paladin named Zan and her druid apprentice Brambles, when their world comes under attack from dark forces. 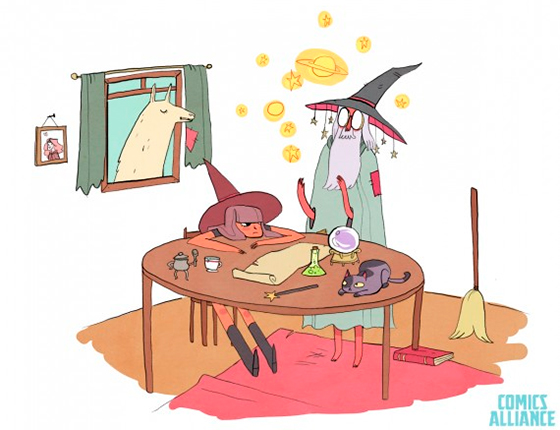 Avatar: The Last Airbender and The Legend of Korra creator, Bryan Konietzko, gave Entertainment Weekly a preview to his latest project, an interesting looking graphic novel called Threadworlds. It’s being published by FirstSecond Books and will debut its first volume in 2017. Konietzko will write and draw the first installment, but he plans to bring on other writers and artists for future ones. So, what’s it about?

Imagine five planets that share a single orbit. Imagine an inquisitive young scientist, curious about the world, setting out on adventures across the universe. 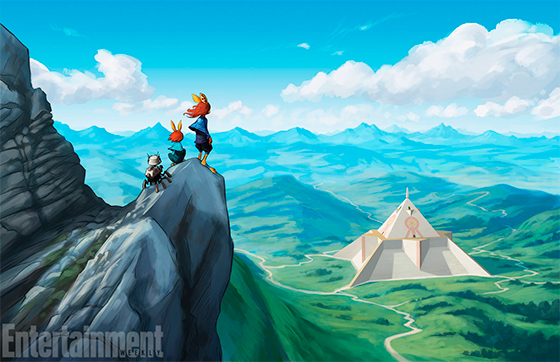 Sadly, we end up the day with sucky news. Hannibal yet to find a home. Bryan Fuller tweeted that both Netflix and Amazon passed on the opportunity, because they are so stupid. OK, that reason was entirely mine. But still! Fuller keeps looking tho.