The Fangirly Diary of a Geek Girl: What time is it? It’s casting time!

And The Walking Dead does it again! That is, they delivered another record breaking rating. The Grammys had nothing on them!

The 50th Anniversary special of Doctor Who will be in 3D… for some reason.

It’s about time. Technology has finally caught up with Doctor Who and your television is now bigger on the inside. A whole new dimension of adventure for the Doctor to explore.

So RDJ bought the movie rights of Black Mirror‘s episode “The Entire History Of You“. In your face, George Clooney! Which reminds me, I need to start watching series two. Is he going to act? Just produce? Direct? Inquiring minds want to know, Mr. Downey!

A deleted scene from Wreck-it-Ralph shows us, we could have had a game world that was a mix of The Sims with Grand Theft Auto. Eh, maybe for the sequel~

Apparently 616!Spider-Man is not the only one who is going through some changes. Now, darling Miles Morales doesn’t want to be Spider-Man in the Ultimate Universe. Eh, I wouldn’t worry. It’s a phase many superheroes go through, including Peter Parker~ 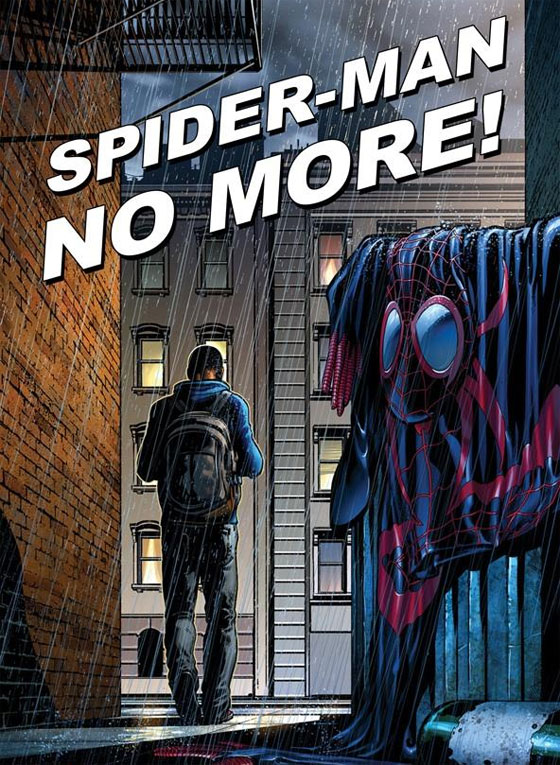 And the S.H.I.E.L.D. pilot has finished filming, according to one of the showrunners, Maurisa Tancharoen.

There was an interview with Executive Producer Victoria Alonso (and ILM Visual Effects Supervisor Jeff White) regarding The Avengers‘ nomination for Best Visual Effects award at this year’s Academy Awards. Among other things, they talk about Guardians of the Galaxy and how they are going to make some of the strange aliens that make up the team:

We’re going to do a combination. You can’t do any motion capture with a raccoon – they won’t let you put the suit on [laughs]. But we will do rotomation, probably, for some of the behavior. Rocket will have his own personality, of course, and clearly we can’t do mocap on a tree, per say, but we definitely will have performers to emulate what James Gunn will lead to be the behavior and the performance. He’s very clear on where he wants to take the characters.

Oh yeah, Quentin Tarantino is thinking about doing another “rewritten history theme” movie to complete a trilogy with Inglourious Basterds and Django Unchained. He totally said so at the BAFTA Winners Press Conference. Empire Magazine, ever so helpful, shared some suggestions~

It has also come to my attention that the documenary Wonder Women! The Untold Story of American Superheroines will air on PBS April 15th at 10 pm EST. Those lucky Americans! Anyway, here’s the trailer: