The Fangirly Diary of a Geek Girl: What DC is cooking~

Greetings, my fellow geeks! The most important new came from DC since they managed to nab one of the most charismatic dudes ever for their cinematic universe~ But we also have more geeky news from Marvel and others too! Here’s how the week started:

After a better episode than the week before, we have the teaser trailer of the third episode of Doctor Who Series 8, “Robots of Sherwood”~

There’s this rumor that Wesley Snipes could be back as Blade. But the rights now belong to Marvel, right? So, Blade for MCU’s phase 3? Yep, I’ll take that one with a bag on salt.

Guardians of the Galaxy became 2014’s highest grossing movie in US. And James Gunn has a message for us~

I like to believe it’s because WE GAVE A SHIT. You aren’t numbers to us. You deserve to be given something we the creators believe in and that isn’t just seeking a big opening weekend. I love my characters, I care about the quality of the movie, and Marvel was cool enough to let us take some risks. Hopefully, THAT’S the lesson – that we’ll see more spectacle movies coming out of Hollywood that the filmmakers actually believe in, and that take risks, NOT just a bunch of superhero or space movies trying to be funny.

On related news, Guardians of the Galaxy will release a vinyl soundtrack! It will be 2 LPs that include the songs of the movie and the original soundtrack. 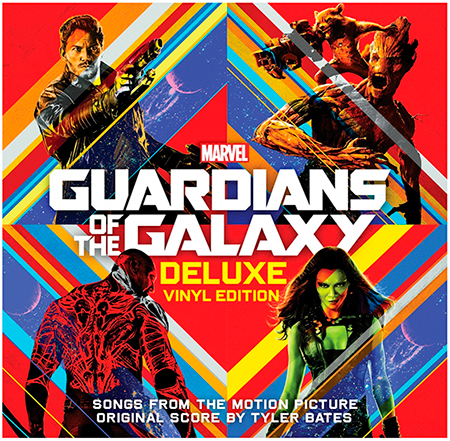 You know that Joaquin Phoenix has been rumored to be Doctor Strange for ages? Apparently, the reason he’s reluctant to agree is the multi-picture contract. But that’s not the only thing!

He’s a great actor, and he can play the role. But the Marvel Studios blockbuster machine is full of pre-viz and fight-viz and green screen and massive reshoots. It’s not a world that’s as comfortable for him, and he’s just not certain he can do it. … If Marvel can get past any issues Phoenix has with the larger contract they still have to get over the doubt this terrific actor has about working in this larger environment.

Well, yeah, Marvel needs those for a working cinematic universe. Sorry, Joaquin. But if you don’t want to… there are a lot of actors who can be Doctor Strange… like Oded Fehr~

On yeah, here’s the teaser of Once Upon A Time, where Elsa is walking around Storybrooke!

Vincent D’Onofrio seems very eager with his role as Kingpin for the Netflix/Marvel series, Daredevil.

This Netflix series that we’re filming right now, it’s going to be so amazing to watch. We’re doing these incredible, iconic scenes every single day. I have the best character; I play one of the best characters I’ve read in a long time. I haven’t had this much fun with a role for many years.

James Gunn was at DragonCon and said there that originally Stan Lee was going to be in the Collector’s exhibit in Guardians of the Galaxy.

So, we probably won’t get a Loki movie, but a fan did the next best thing and put all of Tom Hiddleston’s scenes from Thor, The Avengers and Thor: The Dark World in one big Loki movie and even his screen tests when he auditioned for the Thor role. Oh yeah, there are also scenes of baby Loki and child Loki~