The Fangirly Diary of a Geek Girl: Visions of the Future~

Greetings, fellow fangirls and fanboys! This is the first column of 2015! News are still on the slow side but Marvel is starting to show their promos for their future movies. Also, trailers are getting ready for the Super Bowl! Here’s how the week started:

For those who weren’t up to date about all the things J.K. Rowling revealed about the Harry Potter world at Pottermore, Twitter, interviews and more in 2014, here’s a list courtesy of Time~ We have, amongst other things, info about what the main characters are doing now in their 30s, Dolores Umbridge’s life story and real-life inspiration, there’s diversity in Hogwarts even if it doesn’t show that much in the books, Draco Malfoy’s past and current life, and Celestina Warbeck is awesome and Wizarding children have no musical taste to shun her perfect artistry… or maybe that’s just me.

We could have had a very different Toy Story 3, one that had this plot:

The other toys become concerned when Buzz Lightyear starts to malfunction and decide to ship him to the Taiwanese that originally built him, in the hopes they could repair him. Soon after, Woody and the rest toys are shocked to learn that there has been a massive recall on all Buzz Lightyear toys. Fearing that Buzz will be destroyed Woody and his gang (Rex, Slinky, Mr. Potato Head, Hamm, Jessie, and Bullseye) head off on a rescue mission. Over in Taiwan, Buzz is making new friends with other toys that have been recalled.

Here are some key frames, concept art and character designs! 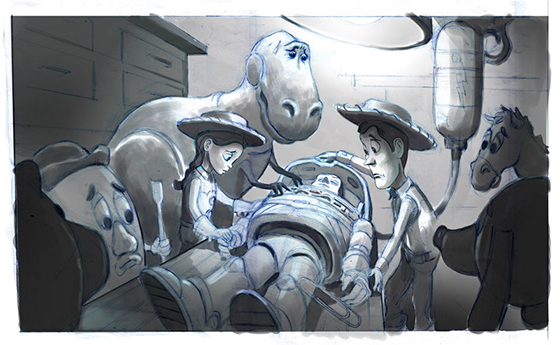 There are some new rumors about the first Star Wars standlone film, which will be directed by Gareth Edwards. One says that it will focus on Han Solo and that the film’s working title (codename) is “Luminac Industrial Goods”. Also, production will overlap Rian Johnson’s Star Wars VIII and Aaron Paul (Breaking Bad) could be involved somehow (not that he is Han Solo or anything). That’s fine and all, but kinda contradicts the rumor that said the spin-off movie could be set in Star Wars IV: A New Hope era, where a group of bounty hunters are out to steal the plans for the first Death Star.

Vin Diesel is still a damn tease and goes off to show this picture on his facebook: 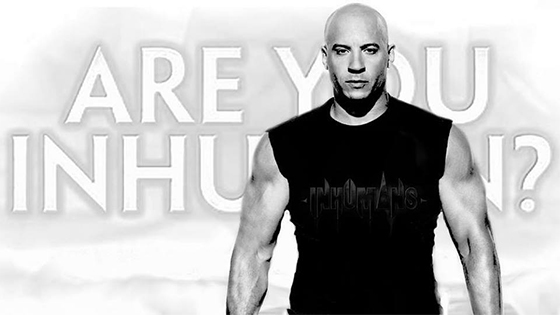 Yep, dude is still fanning the flames that said that he will probably play Black Bolt in Marvel’s Inhumans movie… Or that Groot is somehow an Inhuman but that’s less likely.

In Box Office new, The Hobbit: The Battle of the Five Armies remained on top in US during its second week with $41.2 million. Which means the movie has got $168.5 million domestically and $573.6 million worldwide. Top 5 in the US is completed with the debut of Unbroken, the Angelina Jolie directed drama that got second place with$31.7 million. Into The Woods came in third with $31 million. Night at the Museum: Secret of the Tomb got the fourth spot  with $20.6 million. Annie rounded out the top five with $16.6 million. And none for Exodus, bye! Damn, even The Hunger Games: Mockingjay, Part 1 made more with their $10 million to Exodus: Gods and Kings‘ $6.8 million.

Chibi Usa/Sailor Chibi Moon a.k.a. Rini is back! Yep, Sailor Moon Crystal is ready for the Black Moon Arc, and here’s the promo to prove it! I just hope the animation is better from the start and not wait for the Blu-Ray release for the corrections. But going from the promo, we are going to get some animation glitches… I just hope they are few!