The Fangirly Diary of a Geek Girl: Unleash the Marvel takeover!

Hercules trailer premiered, and we also had a new poster. And then, Dwayne Johnson started talking about DC and which superhero character he could play. It’s going to be badass~

The third thing – and most important – is he had to be a badass motherfucker, OK, and on a Superman level of power, where [he] could throw down. In those three qualities, I’m happy we’ve found that character. 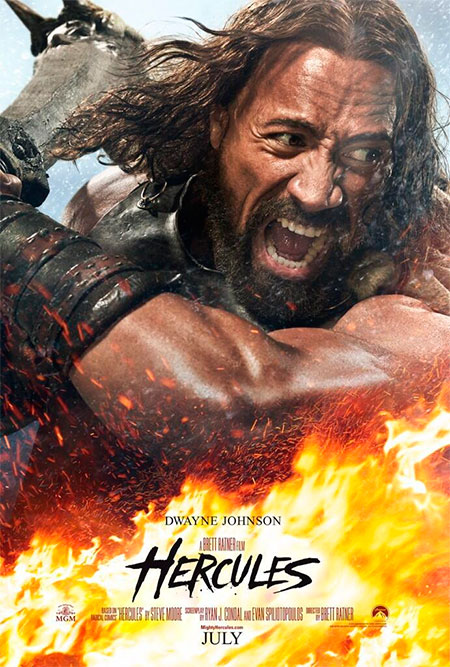 Green Lantern (John Stewart) and Black Adam are my fav superheroes, but GL’s already been made and stamped.

Robert Downey Jr. talked with Variety about Marvel movies and Avengers: Age of Ultron. Also, he truly loves Chris Evans and plans to have a Captain America theme birthday party because he’s just that awesome:

I’m having 50 kids over and I’m screening Captain America 2 on my birthday, which happens to be the day it opens. I haven’t seen it. That’s one of the perks of being on the inside track at Marvel. I hope it’s not watermarked too heavily.

Though, I wouldn’t say Captain America: The Winter Soldier is a movie for kids. Nope. But Variety also talked to Chris Evans, and he said that despite he says he’d rather direct, he will definitely finish his contract with Marvel and he’s grateful for the opportunity they gave him.

Without these movies, I wouldn’t be directing. They gave me enough overseas recognition to greenlight a movie. And if I’m speaking extremely candidly, it’s going to continue to do that for as long as the Marvel contract runs.

Talking about Captain America: The Winter Soldier, here’s an interview with Anthony Mackie, who was awesome as Falcon. I’m finding stanning that dude, and I really want him in more Marvel movies like Captain America 3 or even The Avengers: Age of Ultron. And he totally wants that too! Come one, Marvel!

I was like, “Can I get a 20 picture deal?” I want to be in as many Marvel movies as possible. Even if it’s the dude in the background that goes “Hey there’s Iron Man”. Not too many studios have figured out the Marvel process but it works really well. They take care of actors. They treat you like people.

Also, here are some more pictures of Falcon being awesome~ 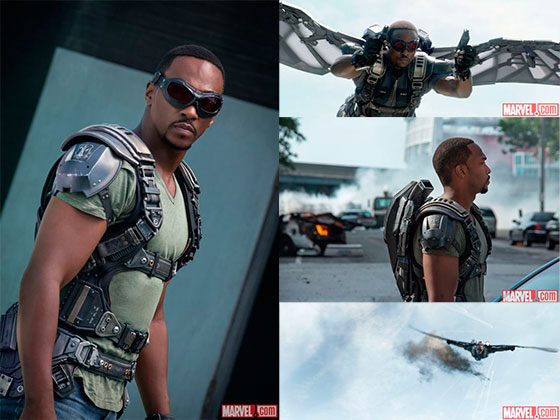 And finally, here are the first decent looking images of Avengers: Age of Ultron. We have a sad looking Ultron, Hawkeye looking quite um good in a pose almost worthy of The Hawkeye Initiative, Iron Man showcasing what it looks like a new armour, and our first look of Scarlet Witch and Quicksilver in what I suppose are their civvy clothes since they don’t look that superheroic yet. Still, the tight tracksuit and died surfer hair look better than whatever X-Men: Days of Future Past‘s Quicksilver looked like~ 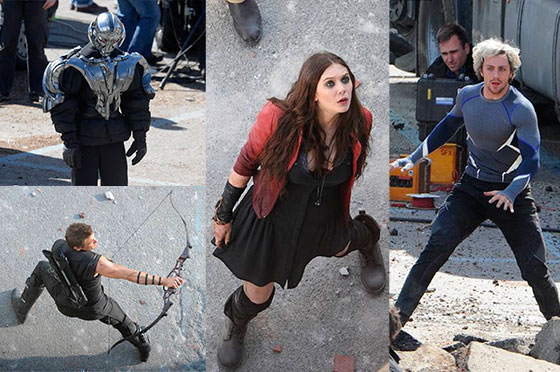 Yep, we are definitely getting a Prometheus 2, and the writer who worked with Ridley Scott on a new Blade Runner movie will work on the Prometheus sequel too! The movie has a premiere date of March 2016. According to the writer Michael Green, the movie will be more “Alien-y”, which I guess means we will get more xenomorph and outer space. It also may feature multiple David robots, so everyone gets a Michael Fassbender. Yay!

Apparently, those Terminator units age, or so Arnold Schwarzenegger wants to make us believe in order to continue playing the character in Terminator Genesis!

The way that the character is written, it’s a machine underneath. It’s this metal skeleton. But above that is human flesh. And the Terminator’s flesh ages, just like any other human being’s flesh. Maybe not as fast. But it definitely ages.

OMG! Vikings got renewed for a ten-episode third season! My face may split, I am grinning so hard!