The Fangirly Diary of a Geek Girl: Unleash the Marvel takeover!

Greetings, my fellow geeks! This week we’ve been bombarded with behind-the-scenes pictures of Avengers: Age of Ultron, and also I saw Captain America: The Winter Soldier and OMG it was so freaking awesome. But I digress, here’s how the week started~

Let’s start with a list! This one about comicbook movies that almost happened but didn’t because sometimes we are that lucky~ I do wonder how a Batman movie by Darren Aronofsky would have worked though!

Now it’s time to talk about TV series I love to watch but I don’t love love yet~ We will have to wait until June for the second season of Orange is the New Black, but here’s what we know about it in one little neat article!

And here’s an article about Sleepy Hollow, and how the producers want to break Ichabbie (Ichabod+Abbie for those who don’t ship). Blasphemy! Nicole Beharie at least is excited with her character Abbie’s new love interest and even wants to be part of the casting selections. Get it, gurl! On the other hand Tom Mison wants at least one kiss between his character Ichabod and Abbie, for science!

If we end up kissing, will people be outraged? It might be worth doing it just to see the Internet break.

Tom Hiddleston is still the most enthusiastic bastard ever in this new behind-the-scenes video of The Pirate Fairy. Which I already watched. And loved. No shame! Also, I had forgotten that, like Hiddles, Captain Hook is an Eton alumni. LOL.

Agents of S.H.I.E.L.D. had a panel at PaleyFest, and there were lots of new info! Including how “End of the Beginning” is just that, and that episode and the next one are tied to things happening in Captain America: The Winter Soldier. Also, no more interruptions! Finally, Elizabeth Henstridge wants she and Loki to “have a cup of tea and chat about his dad issues”, and Ming-Na ships her character with Thor. Follow your dreams!

I want Skye to be the love child of May and Thor – and then you flashback to those scenes.

Ohai Dwayne Johnson as Hercules! I don’t know what to feel about that weave. The Rock looks very happy with the result though, and that makes me happy too.

It’s when Hercules breaks through the chains and becomes the demi-god he was born to be. I was actually yelling with all the power I could muster, ‘I am Hercules!’ I gave it my all and made myself pass out every time we did it. But I honestly felt in that moment that I was born to play this role. 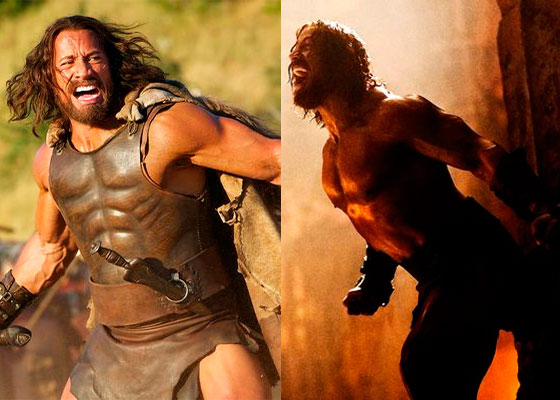 So there was this rumor that Spice Girls and Backstreet Boys may do a reunion tour. Is this the real life or is this fantasy? It’s still a rumor but I would mind if they came near here. They would have to do it with Posh Spice though, Victoria did say “no more” to the Spice Girls after the London Olympics in 2012.

Here’s a behind-the-scenes look at Dawn of The Planet Of The Apes, courtesy of Empire Magazine. Here’s what Matt Reeves has to say~

It’s an ape civilisation movie. It’s a world you haven’t seen before, which is all about: what would these intelligent apes do if they returned to the wild and tried to create a place for their family… and then grow? 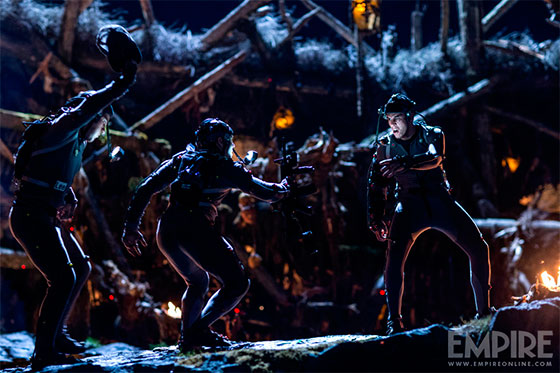 Set in Jupiter, Florida, in 1950, Freak Show finds Jessica Lange playing a German ex-pat who is managing one of the last freak shows in the U.S. Her group of “unusuals”? Kathy Bates, Sarah Paulson, Evan Peters, Angela Bassett, and Frances Conroy all play performers whom Lange’s character has rescued; Denis O’Hare and Emma Roberts are also in talks to return.