The Fangirly Diary of a Geek Girl: #UniteTheSeven

Here’s the promo for Agent Carter Episode 8 a.k.a. the season finale. At least it says “Season Finale” and not “Series Finale”. There can be miracles when you believe, y’know!

Now it’s Mark Ruffalo’s turn to talk about his character’s development in Avengers: Age of Ultron! Yep, Hulk ain’t have time for Bruce Banner’s rigtful ways and wants to be set free~

There’s a battle going on between these two opposing egos that live inside him. He’s definitely worried that the day is going to come when the Hulk gets the best of him, and maybe won’t release him, maybe won’t give him back. The Hulk knows this too. There’s a moment in here where he, begrudgingly, decides to go back to Banner. Who knows where these things will go, but as Bruce is able to impress his will on the Hulk, going into The Hulk and being inside the Hulk when he’s raging, The Hulk’s will is also growing and able to impress upon Bruce. That makes for some wild things. We’re laying the groundwork for that here. It’ll be interesting to see if that ends up being what would be the next Hulk movie.

Here’s a potentially huge spoiler about upcoming Star Wars: The Force Awakens. Someone dies. Someone from the original trilogy. Someone who kisses Prince Leia and it’s not Luke. Yep. That guy could die at the hands of the evil dude with the weird light saber who launched a thousand pro and con nerd rants. Yep. More details here.

Here’s another rumor. This time about the new James Bond movie. Seems Spectre will be the first movie of a two-part story. Which would make sense if true, considering Daniel Craig has just another movie after Spectre before he’s done being 007.

You know how Tom Hiddleston’s going to be in High-Rise looking all dapper and stuff? Well, it seems Hiddles could now provide the voice for the audiobook. And this is great! Hiddles has done audiobooks before, and they were awesome so I will probably check that one out since I haven’t managed to read the book yet!

Neill Blomkamp decided it was his turn at making people crazy at social media. And totally implied on Instagram that his next movie will be an Alien movie. Variety then went and confirmed that Neill and Fox have closed the deal for a new Alien film… Woah! And to think it all started with some free concept art that Neill also published on Instagram that may or may not have been a pitch for Fox. But hey, if we get Sigourney Weaver back in Alien then yay! Still, where’s my District 9 sequel, Blomkamp?! Did you lie to me, Christopher Johnson?! 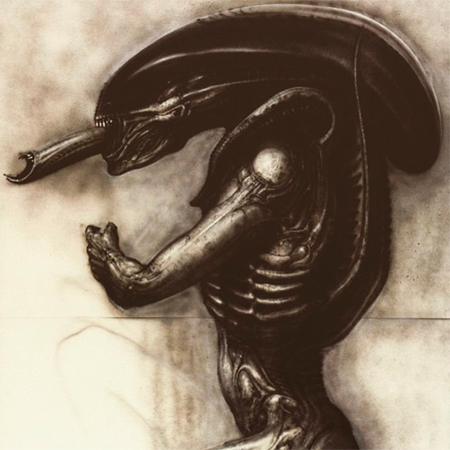 Habemus teen Nightcrawler for X-Men: Apocalypse! And the chosen one is Kodi Smit-McPhee (you know, The Boy from The Road with Viggo Mortensen)!

In other casting news, Morena Baccarin continues snatching comicbook roles. This time as the female lead/love interest (dammit) in Deadpool! The long await movie that might just redeem Ryan Reynolds in the eyes of the geeks~

After learning the devastating truth about his Gryffindor affiliations, Tom Felton kept a stiff upper-lip and marches on in the Harry Potter world. Now joined with BBC, he will make a documentary about the Harry Potter fandom! Yep, he will narrate this “road trip journey” described as an “in depth look at the world of super fans and these people that have followed franchises”. Well, he certainly seems giddy about the project and that’s great:

It was a massive insight for me, going behind the ropes and seeing what people actually do to stand behind a railing at an event. You don’t really think about the three hours it took them to stand there and get the best spot.

We will get a new Dr. Seuss book this year! What? New? Yup! Random House Children’s Books will publish a recently discovered manuscript with illustrations called What Pet Should I Get on July 28! 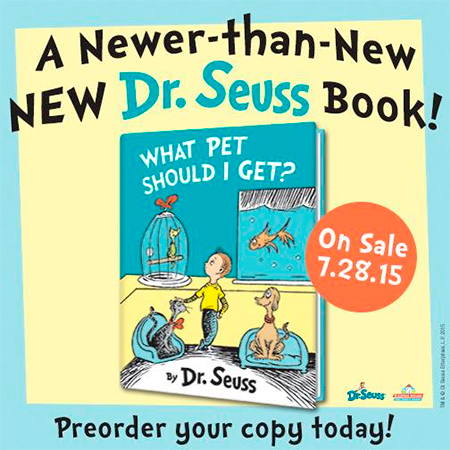