In related news, is Stephen Colbert an Agent of HYDRA? LOL, it’s just that during the usual title sequence of the show, where Stephen Colbert flies down with the American flag, surrounded by powerful words and phrases… on of those was Hail Hydra~ OMG, poor Steve Rogers! Colbert doesn’t deserve the Captain America Shield he has on the show!

Here are the first Jurassic World images! And they are not so exciting to be honest because no dinosaurs. Just Bryce Dallas Howard standing around, a car who obviously had a run-in with a dino, and a pretty shot of the director’s chair with the nice dino island as background like so: 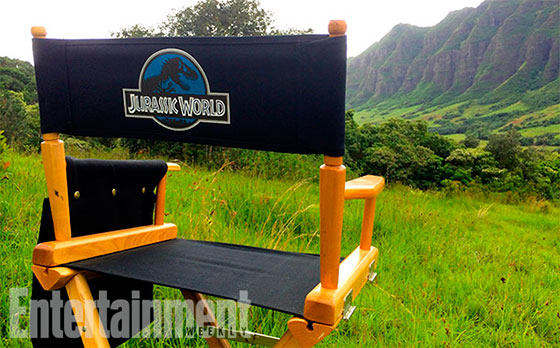 Yesterday I was under a construction crane with Chris Pratt, covered with dirt, eyeballing the exact height of the dinosaur trying to kill him. We both cracked up laughing. Sometimes you just have to stop and let the joy take over.

Also, Universal wants more Jurassic Park/World movies after this. Of course, they ain’t going to revive a franchise just for one movie, right? Trevorrow kinda wants to continue directing them “if they’ll have me”~

We definitely talked about [sequels] a lot. We wanted to create something that would be a little bit less arbitrary and episodic, and something that could potentially arc into a series that would feel like a complete story. 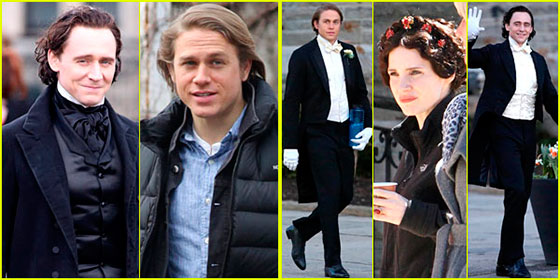 On casting news, apparently both Scarlett Johansson & Lupita Nyong’o are in talks to be in Disney’s The Jungle Book, the one directed by Jon Favreau, with Idris Elba as Shere Khan. Scarlett is in early negotiations to be Kaa, the python, and Lupin is final negotiations to play Rakcha, the female wolf who raised Mowgli.

Also, there’s gonna be a Mission Impossible 5 and Jessica Chastain may be in it as “Tom Cruise’s right hand woman”~

Here are some TV news and that come with pics attached! First, check out how Michael Pitt looks as Mason Verger on Hannibal. He will appear in the May 2nd episode. Also, we have even more new promotional pics of Penny Dreadful‘s pilot “Night Work”. We will finally see this series on May 11th! Finally, here are a bunch of pics from The Simpsons‘ LEGO episode called “Brick Like Me” on May 4. Here’s the synopsis:

Homer wakes up in a world where his family and everyone in Springfield are made of Legos. Can he ‘put together’ how he got there, and figure out how to get home before he’s stuck in a world of bricks forever? 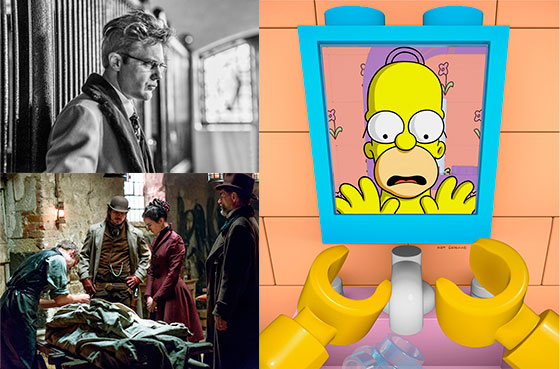 OMG, HBO and BBC team up to adapt J.K. Rowling’s The Casual Vacancy into a three hour mini-series and I knew it was going to happen eventually… and it still took me by surprise! For those who haven’t read the book, which had mixed reviews but I was OK (just OK, mind) with it:

Finally, here are five reasons to watch Fargo. Besides it is damn good, I mean. (And that Billy Bob Thornton and Martin Freeman are flawless in it)~