The Fangirly Diary of a Geek Girl: Too late to change the name!

Here’s our first look of Paul Rudd at Ant-Man, courtesy of Entertainment Weekly! 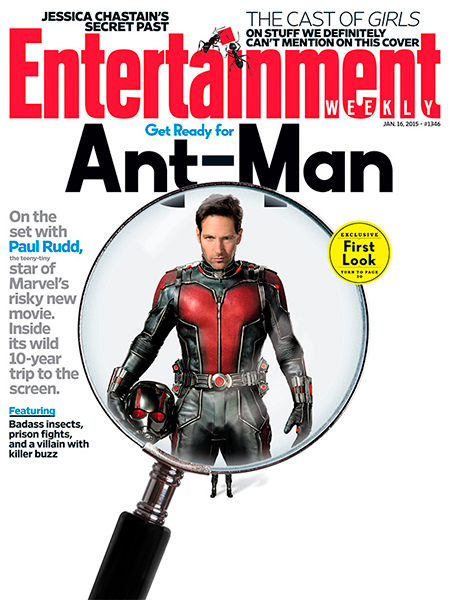 On more Marvel news, Agent Carter creator Tara Butters tells us why everybody should watch the show, besides Hayley Atwell being made of awesome of course~

You can watch the show not having seen any of the Captain America movies and still enjoy the character. That being said, if you are someone who watches everything Marvel, like I do, there are things we’ve laid out in these episodes that play out in the larger Marvel Universe, and you’ll be able to make those connections.

We learned from Captain America 2 that she’s married and that she’s had children. We haven’t seen that, either. I’m jumping the gun, because I love working on the show so much that I really hope we carry on. That’s up to the audience and Marvel to decide. If we did, that would be a very exciting thing to explore.

Duncan Jones talked about his Warcraft movie where he will show “the first time Orcs met Humans”. He also said that it’s not “about a good race of humans battling an evil race of orcs”. There will be heoes on both sides and the villains screw them over~ Finally, he talks about establishing the world and characters of Warcraft:

Peter Jackson did a magnificent job of ‘setting the table’ for Tolkein’s universe with his first Lord of the Rings film. I know that my job in this first film is to establish certain characters, places and culture while telling a story that a broad audience can be excited by! Hopefully, if I have done my job right, people will want to know and see more! There is certainly plenty more to tell! …I would love to be part of that process of expanding on the lore that makes up Warcraft, but it will all depend on what you, the audience, think of our first film!

The Hollywood Reporter talked with Arrow excutive producer Marc Guggenheim and Agent Carter showrunner Tara Butters and her co-executive producer Michele Fazeka. Well, it was mostly Guggenheim interviewing them and comparing notes between Marvel and DC and it was quite interesting. Apparently, Guggenheim would love to have Batman on the show (who wouldn’t!) but that ain’t happening soon if ever, and Butters is quite happy with having a show with just a handful of episodes per season (hopefully it will have more than one season!) which will mean no fillers! Also, did you know Guggenheim and Butters are married? Wow!

So, the Sherlock not-Christmas Special have started to film in UK, and there were some not-so-great candids on Benedict Cumberbatch and Martin Freeman in Edwardian clothing. Also, this nice image from Mark Gatiss’ twitter~ 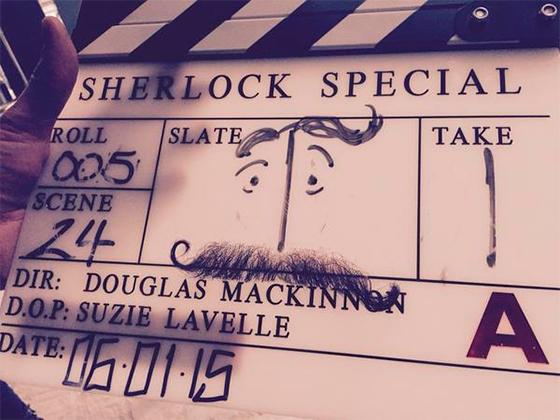 Steven Moffat invites Russell T. Davies “every year” to write a new Doctor Who episode, according to Davies himself!

The lovely Steven [Moffat] invites me every year to come and write one. And I love him and I love them and I love watching it, but here I am, moving on. I love Doctor Who with all my heart but nothing is more important to me than my own stuff.

Dude has totally moved on. He doesn’t even want to do anything to the 10 years celebrations of “Nu Who” which would be on March~

Someone from the [BBC’s] branding team sent me a very lovely email saying do you want to do something. I don’t know what they imagined: a talk or a convention perhaps. I just said no, to be honest. A programme can’t have its fiftieth and then it’s tenth. I think that’s just confusing. It’s marvellous and glorious; let it carry on.

Fox has unveiled new release dates for their most awaited movies (for me) of 2016 and 2017! So, that Gambit movie with Channing Tatum? We will get in on October 7th, 2016. Assassin’s Creed with Michael Fassbender has finally gotten a new release date for December 21st, 2016. The Fantastic Four 2 will now happen on June 2nd, 2017 and I am not actually waiting for that movie, unless the reboot is actually super fantastic which I am not counting on; but it’s a geeky movie and will probably watch it anyway. The Dawn of the Planet of the Apes sequel is now on July 14th, 2017.