The Fangirly Diary of a Geek Girl: Tony Stark makes you feel~

Greetings, my fellow geeks. This week, besides the expected Oscar news, we have various bits of Iron Man 3 related news. And it’s understandable, it’s less than two months away! BTW, the title comes from the Theme Song of the 60s Iron Man cartoon. But I digress, here’s how the week started~ 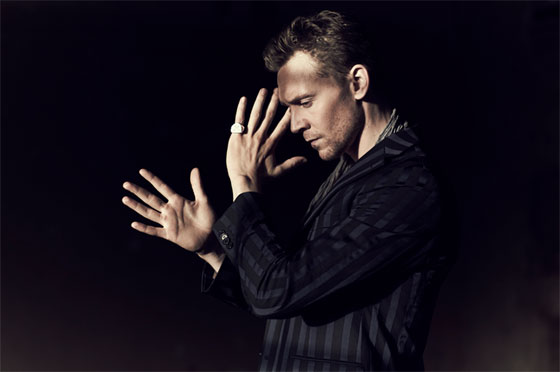 Yay for unused concept art! We have some from Iron Man 2 and from The Thing remake. The first one is about international failed Iron Man robots/armors. In the other we have the alien pilot and creepy sculptures depicting the transformations.

J.J. Abrams acknowledges how much we poor fans have to wait for a Star Trek sequel:

It’s not decades, but it’s long enough that you do have to remind people what the thing is and where it’s at. It would have been better probably for the studio [if we’d put it out earlier], because it would have been fresher in people’s minds. But I’m happy we didn’t rush it. It wouldn’t have been a better movie if it came out earlier, I know that.

Also now that the actors know their characters and know they are good at them, they have “opinions” about them. But it’s okay since mostly they were “entirely valid and hugely important”.

Here’s a preview of Young Avengers #2, where the covers are pretty and the art inside is questionable at parts. Captain America looks kinda short. 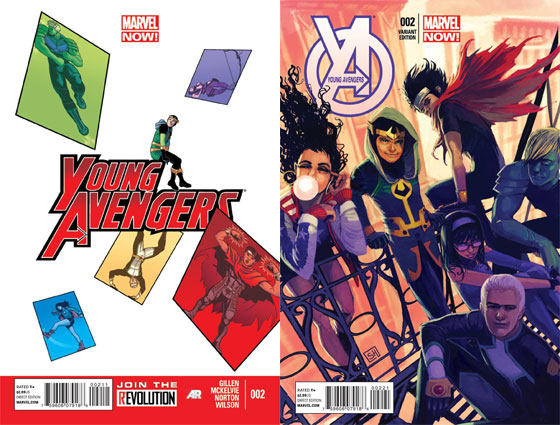 Talking about comics, here is a teaser that claims we will get Marvel of the Dead in the fall! And George A. Romero is writing. Probably:

I am also writing a comic for Marvel. I’m writing it now, but it’s plot is a secret… I can tell you it won’t involve any of their on-going characters, there will be no superheroes. But it will involve zombies!

Every Oscar day begins with the results of the Razzies, and damn if The Twilight Saga: Breaking Dawn Part II totally “slayed” at this awards. The only things they didn’t get a Golden Raspberry for was worst actor (Adam Sandler for That’s My Boy), worst supporting actress (Rihanna for Battleship) and worst screenplay (That’s My Boy again).

In more pre-Oscar Awards, Martin Freeman got to pick up his Visionary Actor Award at the third annual ShortsHD Shorts Awards. Yeah, I was sleepy after eating, and I misread the article and thought it was because Mr. Freeman is vertically challenged… and then I felt ashamed of myself. LOL. Here’s what he has to say:

I love doing [short films] for the same reason that everyone in this room really likes them – because very often it’s the time that you get to really express an idea or ideas without someone breathing down your neck or without someone arguing about how big your trailer is. No one’s getting rich or famous out of it, but people are actually trying to express something – and it doesn’t take 18 months like The Hobbit does.

Oscar Award nominee Quvenzhane Wallis will be the titular character in the new film adaptation of the musical Annie. Apparently the little girl can sing and dance too!

With the recent Academy Award nomination and critical acclaim, Quvenzhané Wallis is a true star and we believe her portrayal as Annie will make her a true worldwide star. She is an extraordinary young talent with an amazing range, not only as an actress but as a singer and dancer, and we can’t wait for audiences to further discover her.