Greetings, my fellow geeks! This week Tom Hiddleston has continued his decimation of the fandom. Whether with more Corionalus, the Jaguar ad, or Thor: The Dark World DVD/Blu-ray features, these last few days have been a veritable deluge of Hiddles! But it’s not the only thing that happened. DC managed to shock us again, for one. Here’s how the week started:

Right now we all know that Robert Redford will be in Captain America: The Winter Soldier, but what attracted him to the movie? His answers made me believe that old chap knows where it’s at!

Here are some new character posters of DreamWorks’ How To Train Your Dragon 2, with Astrid and Fishlegs! Astrid sure looks more mature even if her face is somehow chubbier? LOL, Fishlegs with stubble! 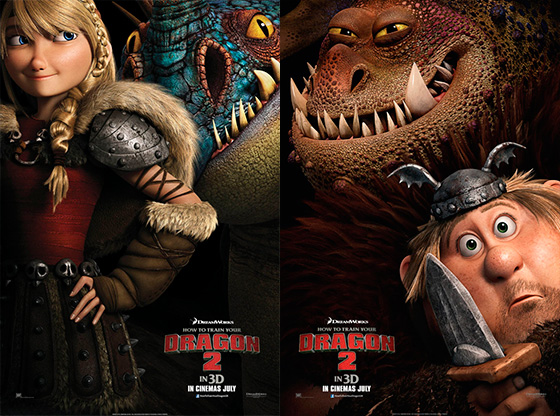 Here’s Amanda Abbington talking about the very possible Sherlock series 4… which, despite all the rumors on the internet, hasn’t been officially announced yet:

Yeah, the right people are gathering money and stuff, so it’s all moving. It’s finding time, and Martin and Ben have rigorous schedules. It’s getting everybody in the room and doing it. I want there to be fantastic deductions and more of the same, really. That’s the essence of the show, really. It’s lovely to play, and it’s fun to watch. I’m looking forward to more.

Do you know how much I love anthologies? The answers is A LOT! And it seems Kevin Smith has a new screenplay called Comes the Krampus, which is inspired by the epic anthology, Creepshow. According to his blog, the movie will be a “Christmas horror anthology that would eschew the gruesome spin on Santa Claus, and instead embrace the Scandinavian/German Kid-Eating Christmas creature known as the The Krampus.” It will be  four tales stitched together by a framing device. I really want to watch it!

SNL has been hit or miss for me for a while. But there are times that I still enjoy it much, like when Leonardo DiCaprio crashed Jonah Hill’s opening monologue and even got to reenact that iconic scene from Titanic… “Am I flying, Jack?”

There was a time when Peter Jackson was the Halo movie producer and wanted this unknown fella Neill Blomkamp to direct. The studio was all “hell naw”, but then Blomkamp showed them and made District 9. Fast forward to 2014, and there are rumors that they want Blomkamp back to direct the pilot of a Halo series on Xbox Live. Yay! Hope it’s true!

Chris Pratt confirms what we already knew. Dude will be in Jurassic World to top a nice couple of years that include his participation on Guardians of the Galaxy and The Lego Movie~ Here are his feels about the Jurassic Park franchise, which totally mimic my own~

For me, Jurassic Park was really kind of my Star Wars. I lined up at the theatre to see it, I saw it opening night, I saw every sequel, I’ve seen it a whole bunch of times… for me that was my big movie, I think I was 13 or 14 when it came out. And so it’s a big deal for me to be any part of that, let alone this part I’m going to be playing. I’m thrilled about it.

Queen Meryl has been praising The Cumberlord for his work on August: Osage County. Not bad, considering she had never met him before or even knew where he was from~

Benedict I hadn’t ever met before, and he was such a gift to the film. He plays someone completely different than all the other performances we’ve seen. He’s very tender and wounded and bruised and tentative, and he fit into this Oklahoma family just effortlessly. I was surprised to learn that he was British, I didn’t know that.

And talking about gifts, Benedict Cumberbatch signed a deerstalker hat (a.k.a. Sherlock Holmes hat), which is being auctioned off as part of a campaign to raise money for St. Mungo’s charity. It’s part of their Woolly Hat Day campaign. As I am writing this, the hat has reached a bid of £1,285.00~ 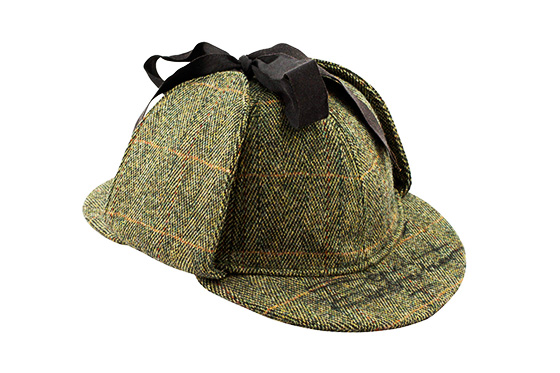