Chris Evans is the star in the live-action promo for Call of Duty Online! Which is a micro transaction-based version of the multiplayer shooter developed specifically for China, where video game consoles have been banned since 2000. But hey, at least they get Chris Evans in their promos, which means they expect this to be big!

Now it’s time for this past year’s winners and lists! First, Game of Thrones remains the most pirated TV show for third year in a row! Second and third place are for The Walking Dead and The Big Bang Theory respectively! Gotham and Vikings, which I also watch, are in the fifth and eighth place~

On not so great news, Transformers: Age of Extinction remained as the highest-grossing film of 2014 with $1.087 billions. Thanks a lot, China! This was also a good year for Marvel though, since it got second place and fifth place with Guardians of the Galaxy, with $772m worldwide, and Captain America: The Winter Soldier, with $714m. Third spot went to Angelina Jolie’s Maleficent, with took $757m, so yay for women in movies! The top five was rounded out with 20th Century Fox’s X-Men: Days of Future Past, so superhero movies are still strong!

The Hunger Games: Mockingjay – Part 1 may not be in Top 5 but it ain’t shabby at all! It was about to reach the $300 million milestone in US over the Christmas weekend! Only other movie to reach it in US was Guardians of the Galaxy, so yay for women in movies again! Worldwide, Mockingjay has yet to open in China, so crossed fingers!

Talking about Mockingjay, said movie and X-Men: Days of Future Past made Jennifer Lawrence the top-grossing actor of 2014! She banked $1.4 billion at the worldwide box office, and she also managed to be in the Billboard Top 40 singles chart with “The Hanging Tree”. Second place goes to Chris Pratt with Guardians of the Galaxy and The Lego Movie. Third is another lady, Scarlett Johansson, with Captain America: Winter Soldier and Lucy (and a bit from Under the Skin). Mark Wahlberg managed to be in the Top 5 with Transformers: Age of Extinction (thanks, China!) and Chris Evans finished the top 5 with Captain America: Winter Soldier and Snowpiercer.

Finally, here’s a list of breakthrough stars of 2014 that includes personal favourites Pedro Pascal playing another unfortunate character in Game of Thrones (oh, Oberyn Martell, we barely knew you!), Toby Kebbell as badass evil ape Koba in Dawn of the planet of the Apes, Chris Pratt in Guardians of the Galaxy and LEGO Movie (and next year’s Jurassic World) because duh, Spider-Gwen from the awesome one-shot comic Edge of the Spider-Verse, Melissa Suzanne McBride as fan-freaking-tastic Carol in The Walking Dead, awesome comic book artist and writer Noelle Stevenson (a.k.a. as Gingerhaze in Tumblr), Tobias Menzies playing the dual roles of evil bastard Jack Black and better-than-the-book (for now) future husband Frank Randall in Outlander, TARS the-best-character in Interstellar, Korrasami nevermind-being-a-couple-not-a-star in Legend of Korra, Kamala Khan as the best character to take on a legacy superhero name in Ms. Marvel, and creepy/cute Robin Lord Taylor as Oswald Cobblepot in Gotham. 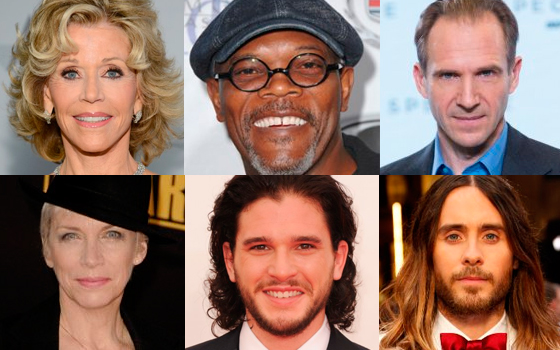