After some days where J.K. Rowling gave us quite interesting information on things nobody asked about, she finally coughed up the news fans were waiting for since the Pottermore Christmas Reveals was announced: Draco Malfoy’s full life story! OK, some stuff we knew about but there are new bits like Draco being totally great at Occlumency (unlike Harry Potter), the Malfoys were a loving family despite their hateful views on Muggles, and Draco and his wife Astoria Greengrass refused to raise their son Scorpius “in the belief that Muggles were scum” which made family gatherings kinda awkward~ Here’s the full thing if you want to read it.

Focus Features and Laika annouced their first (of three) movie together: Kubo and the Two Strings. It will be a 3D stop-motion and CG hybrid that will have Matthew McConaughey, Charlize Theron and Rooney Mara amongst its voice cast. Here’s a first synopsis:

Kubo and the Two Strings follows kindhearted Kubo, who lives a humble life devotedly caring for his mother in their sleepy shoreside village. But when a spirit from the past catches up with him to enforce an age-old vendetta, Kubo suddenly finds himself on the run from gods and monsters. 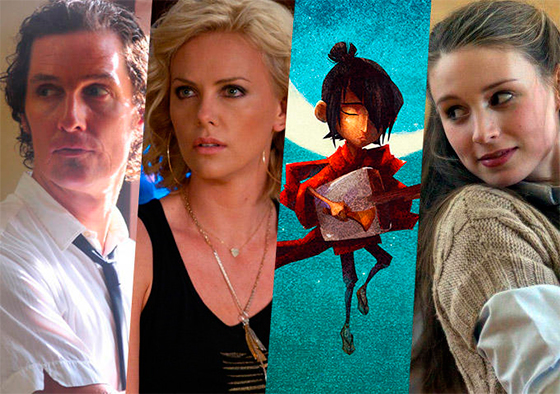 Before Bryan Singer ended up directing X-Men: Days of Future Past, Matthew Vaughn was supposed to. Dude also worked on the story and all. And now he has revealed how much of his script made it into the final result~

I’d say 90%. I mean, we worked on the script [Simon] Kinsberg and I. […] Bryan [Singer] did a few things, which I thought were genius that weren’t in my script.  I had Juggernaut breaking into the Pentagon, he changed it to Quicksilver and did that fucking brilliantly, I have to add.  My idea was the sentinels at the end, I wanted them to look like Mystique.  I thought there should be thousands of mystiques attacking them in the future.  He changed a few more of the mutants, but it was pretty close.  Yeah, it was pretty close.

In an Entertainment Weekly article about A.I. movies of 2015, Joss Whedon talked about their “new Frankenstein myth” aspect in Avengers: Age of Ultron, as well as their “pouty teen” of a robot~

I don’t remember seeing an artificial-intelligence movie where the robot is bonkers—the most emotionally unstable person in the film—and who has the knowledge of 3,000 years of recorded history and who’s a pouty teen, all at the same time.

Talking about Marvel, originally the first Ant-Man was the creator of Ultron. That’s totally not happening in MCU, so how does Ant-Man connects with it? According to rumor, the movie happens at the same time of Avengers: Age of Ultron. Also, Hank Pym (original comic book Ant-Man) has worked as a S.H.I.E.L.D. scientist alongside Howard Stark, Arnim Zola and Alexander Pierce. After S.H.I.E.L.D.’s downfall in Captain America: The Winter Soldier, he turned to the private sector and then Ant-Man happens. A draft of the after-credit scene of Ant-Man will even directly reference to Captain America: Civil War. Do I believe the rumors to be true? Almost yes~ At least, I hope so!

After the great success of Neverwhere, Radio 4 was ready to tackle more Neil Gaiman stuff, so we had Good Omens. But why Good Omens? Well, because it was also written by Terry Pratchett, and Neil Gaiman feels that “Time is running out. I want Terry to be able to enjoy this while he’s still able to enjoy it”. That’s sad but true. Dear Terry was  diagnosed with a rare form of Alzheimer’s disease in 2007, where the symptoms root themselves more in the physical rather than cognitive. Also, both of them even recorded a cameo in which they play two policemen.

Terry still has all of his faculties. He’s fighting Alzheimer’s, but he has a rare kind of Alzheimer’s which means physical objects no longer make sense to him, but he still has memory, and he still has a mind, and he’s still very much the sharpest knife in the drawer. But he couldn’t read the script, so I had to give him his lines.And it was this very strange, sad, sweet, funny, odd moment, as the two of us sat in the car with Dirk [Maggs, audio director]’s lines inspired by a line that one of us had written 26 years earlier. With me saying my line first and then Terry’s line. And then Terry echoing his lines. It was a little moment for me and Terry. I don’t know if we’re acting terribly well, but it’s a moment that made me extra happy. 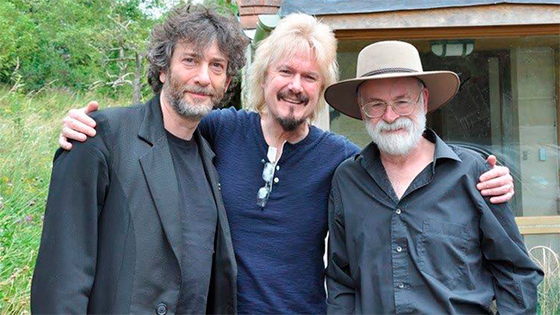 Here are Neil, Dirk and Terry. I have feels, man.