The Fangirly Diary of a Geek Girl: Thunder from down under~

Greetings, fellow fangirls and fanboys! This week we were bombarded by Thor: Ragnarok set pics in Australia. But those were not the only set pics or leaked first looks we got! Here’s how the week started:

Nothing much to see this day, except for this first Warcraft deleted scene, where orcs discuss the pros and cons of Fel Magic, you know the thing that can save orcs from near death and make them powerful, but also makes them green… and quite dead if some wizard takes said magic away. Warcraft will be available in Blu-ray, & DVD on September 27.

In box office news, Suicide Squad won third weekend in a row, despite less-than-stellars reviews. The film has also passed $300 million at the international box office. The Secret Life Of Pets came in at number one internationally though, which was expected, considering it’s a family film.

Chris Hemsworth kick-started what will be some days filled with Thor: Ragnarok set films in Brisbane, Australia, and making people excited about it. He went on sharing a picture of him and Tom Hiddleston near a news stand on Instagram, which is clearly a prop, considering the headlines. They also seem to be in-character somehow. At least as far as their respective hair goes. Which could mean Loki is too dapper for every day life, and Thor is better at blending with regular mortals. 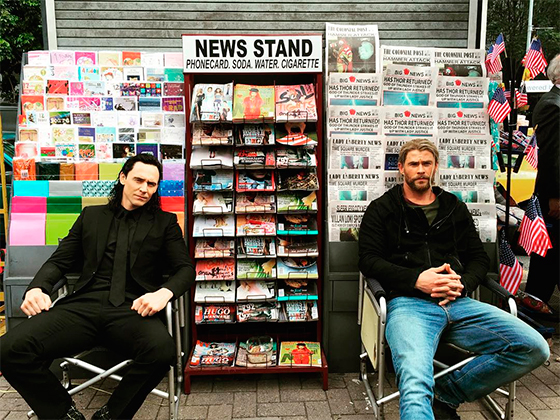 Empire showed their exclusive Rogue One subscriber-only cover, that features the new droid K-2SO, “Kaytoo” for friends. And they also shared a new picture of Jyn Erso looking resolute, and Cassian Andor and K-2SO giving each other knowing looks. 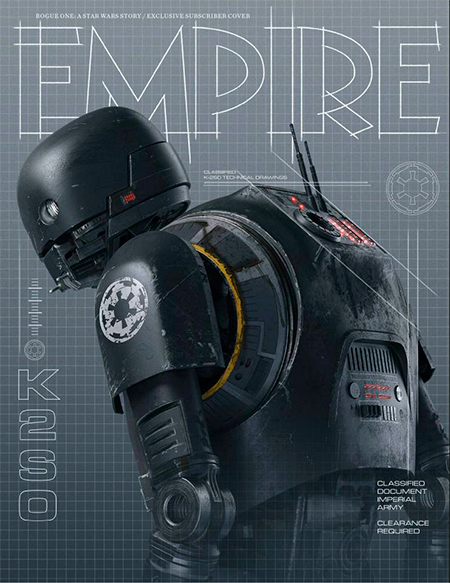 Well damn, Mark Mothersbaugh of Devo fame (“Whip It”) will score Thor: Ragnarok! Dude has provided scores for many Wes Anderson films, like The Royal Tenenbaums and The Life Aquatic with Steve Zissou, and also composed music for The Lego Movie and the Jump Street movies. Thor: Ragnarok keeps getting more interesting~

New day, new behind-the-scenes pictures of Thor: Ragnarok! It was Tom Hiddleston’s time to share a picture on his Instagram. This time it was a “now and then” image of him and Chris Hemsworth on Thor: Ragnarok‘s set, and another of them back from the set of their first Marvel film, 2011’s Thor. Aww. Man, white people age fast. I mean, they still look good, but still! There were other set pictures, including ones with director Taika Waititi, who’s a big goof. And then, a big reveal! Chris Hemsworth as “undercover Thor” is seen holding a business card which reads: 177A Bleecker Street. You know, as in the address of Doctor Strange’s Sanctum Sanctorum! So this could mean either nod to that Marvel hero, or we might actually see a bit of Benedict Cumberbatch’s Doctor Strange in Thor: Ragnarok. Whatever it ends up being, some fandom corners are already fantasizing of watching Tumblr boyfriends Tom Hiddleston and Benedict Cumberbatch together again! 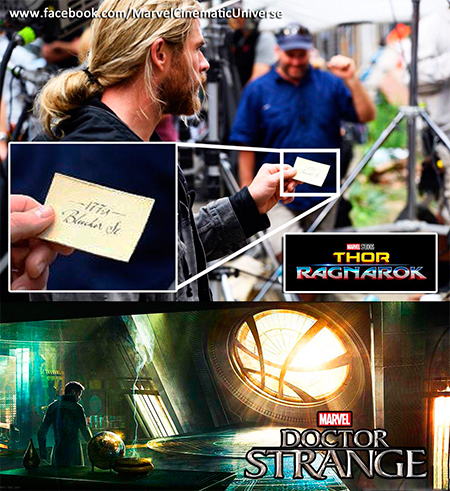 Keeping up with the subject Doctor Strange, Benedict Cumberbatch talked about his role with Empire, like how he felt seeing the footage for the first time at San Diego Comic-Con.

Some bits made me think, ‘Wow. God. That’s what I’m part of. You have conceptual art that they show you, but you only really realise what you’re part of at the end of the process. That’s not to say I didn’t enjoy the effects while we were shooting, because a lot of them were real elements, whether it was sets that make a room miniscule, or the costume designs.

Remember Riri Williams? The genius black girl that Tony Stark would be relinquishing the Iron Man mantle to? Her superhero alter ego would go by the name Ironheart! It’s kinda cute and the reasons Iron Man writer Brian Michael Bendis gave are quite sound:

Iron Woman seemed old fashioned to some. Iron Maiden looked like a legal nightmare. And Ironheart, coined by [former Marvel editor-in-chief] Joe Quesada, after I told him my planned story for Riri, speaks not only to the soul of the character but to the Iron Man franchise as a whole. Tony first put on the armor to save his heart. Riri puts it on for different reasons altogether but still heart-related. When people see her story, you’ll be amazed at how simple and brilliant Joe’s suggestion was. 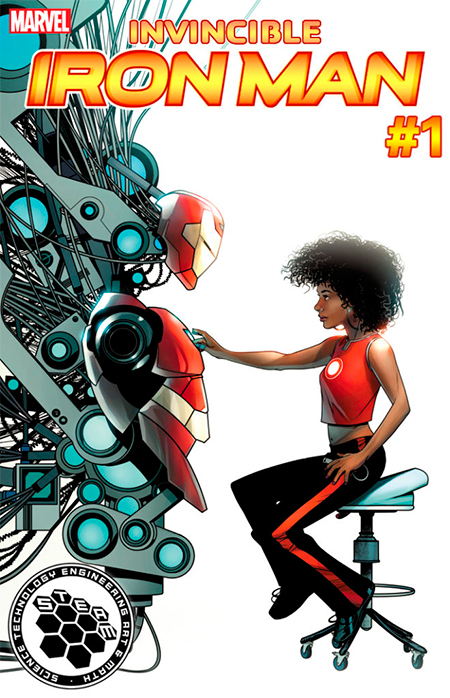