The Fangirly Diary of a Geek Girl: #TheSplatIsComing

Greetings, fellow fangirls and fanboys! This week we had news of a new TV channel, was also an emotional rollercoster for goodbyes and almost goodbyes, and Americans insists on taking on iconic anime. Probably. Here’s how that week started~

While on TIFF, Emily Blunt once again denies having heard anything about Captain Marvel from, well, Marvel. She thinks they put her in this short-list of strong-woman-to-go because they are not many women on these roles:

I think it’s because the list is very short, because we don’t see women in these kind of roles. So I think as soon as you do a role like that, like Charlize [Theron] did or I did, or Rebecca [Ferguson]’s done — there’s like four of us or something. And Jen Lawrence. So I feel like us four, we get talked about — and Angie, Angelina [Jolie]. So it’s a list of like, four women who are going to be considered for those kind of roles. So I think that’s why the rumors happen, because they’re like, “who else? Surely not another girl can wield a gun,” you know what I mean? “A woman doing push-ups? There’s only one who can do that.”

Those rumors that Nickelodeon is bringing back ’90s nicktoons are true and the way how is The Splat, a new channel that will be unveiled in October. It already has Facebook, Twitter, Tumblr, Instagram, Youtube, Vine and Pinterest tho! Yep, #TheSplatIsComing! Also, this is stands appart from Nickelodeon’s ideas of remakes in the form of movies or specials.

According to Brad Bird, The Incredibles 2 will premiere before of Cars 3, when we thought it would be the other way around. Hell yes!

In Captain America: The Winter Soldier news, Sebastian Stan promised us brutal fighting (“like you haven’t really seen before”), and Elizabeth Olsen said Scarlet Witch is the “wild card” in the film, since she ain’t in either Team Cap or Team Iron Man, according to the images released.

There’s this rumor that Warner ain’t giving up on Akira, and in fact is planning an Akira trilogy. And remember that new Christopher Nolan movie he’s doing for Warner? Some believe it is this project. Dammit, Hollywood, why won’t you let this adaptation die! Anyway, if they are considering a trilogy, I guess it will be based in the manga, instead of the anime movie. At least with Nolan it shouldn’t end up like this, right?

More news from TIFF: Rachel McAdams will indeed be in Doctor Strange! She won’t tell anything about her character tho! Marvel snipers ain’t playing!

Here’s Chloe Bennet’s new costume as Quake (the Inhuman!) in Agents of S.H.I.E.L.D. Yeah, her clothes look basically the same as what May, Bobbi and Natasha wear. Except for those spiffy gloves/arm thingies! 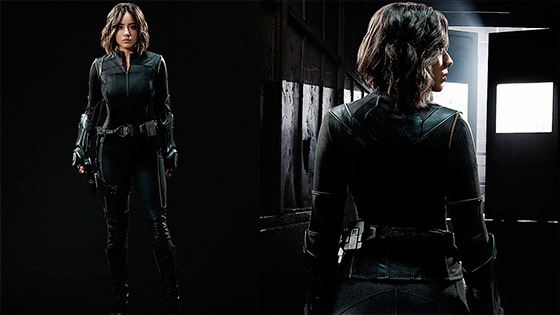 Simon Kinberg said Deadpool is so freaking fantastic and “it delivers on the promise of the trailer”. Apparently, Fox is so  pleased with it that they are already talking about a sequel. But it is still to early to talk about a Cable’s presence in it.

Then again, it seems Fox doens’t need the movie to be that good to make a sequel. They are already trying to make one work for that awful new Fantastic Four film~

Here’s the list of Doctor Who Series 9 episode titles, and man, the titles of every episode facing each other match! 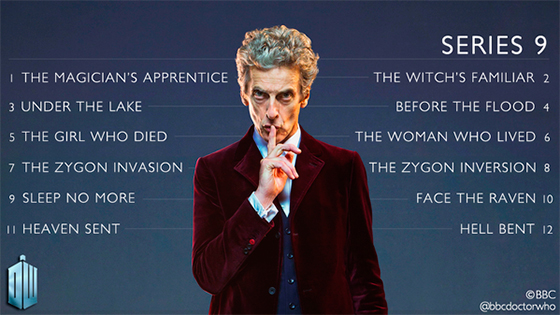