That other Ghostbusters which is totally going to be with dudes, because too many people whined about having female Ghostbusters I guess, is going to happen. Both movies will be part of a shared universe tho! So, who they’re gonna call? Chris Pratt and Channing Tatum, or so Drew Pearce claimed. Guess Sony can’t afford the snipers Disney and Marvel can~

Some more info on Batman in Batman V Superman: Dawn of Justice, like he’s been Batman for 20 years, he totally put all the title characters from Suicide Squad in Prison, he has lost someone dear to him, and the crisis he has because of Superman appearance. Here’s what Batfleck himself has to say:

We want to assume that Batman has reached this point in his life and career as a superhero, and Superman represents a sort of philosophical change. He is a paradigm shift for Batman: ‘I’ve been fighting criminals all my life, trying to find justice, and now I am confronted with a concept that is transcendent to me.’ In the face of Superman, a man robbing a bank doesn’t matter.

It’s always been question of mine, how the not-rich/part of a team superheros get their costumes. Like Spider-Man, who was first a teenager and later a not-rich photographer. Well, seems Marvel has a very different take on Spider-Man’s first suit for the MCU (at least before he joins the Avengers and Tony Stark funds everything?). Yeah, I can imagine a not-rich teenager who’s not that great at sewing putting together something like this fanart: 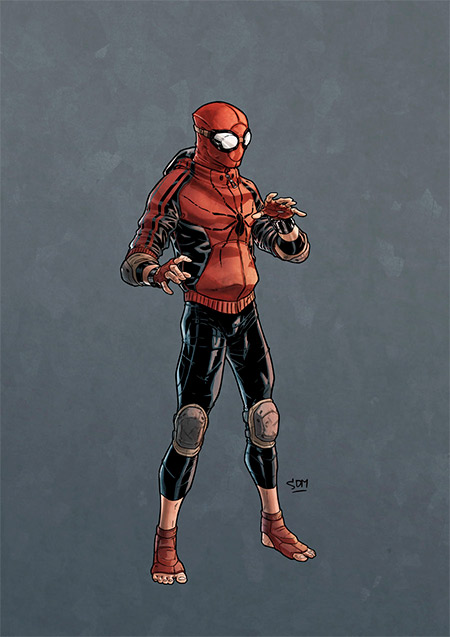 Not only that, but according to Spider-Man writers, we won’t sit through another origin story! I guess they won’t cast an uncle Ben? He will spend a lot of time in high-school tho!

Boruto: Naruto the Movie will debut in over 80 US Cities on October 10. That’s Naruto’s birthday! The official synopsis is Boruto is a little sh*t because his parent actually has a job and can’t be after him 20/7. So, it’s Sasuke’s moment to be a parent! He remains a dead-beat parent to his own child, Sarada, who wants to be a Hokage tho! Also, Chunin Exams! And enemies from another dimensions! OK, they better premiere this in my country too, dammit!

Lucky American bastards get this lovely Blu-Ray box set called: The Collected Works of Hayao Miyazaki. It will be available from Amazon.com on November 17, so you better give thanks for that, Americans! Every feature film he directed will be there from Lupin the Third: The Castle of Cagliostro to The Wind Rises. It will also include Yuki no Taiyo — the pilot for an anime series based on a manga by Tetsuya Chiba —, and several episodes of Akado Suzunosuke — a 1970s era anime about a young samurai that Miyazaki storyboarded. 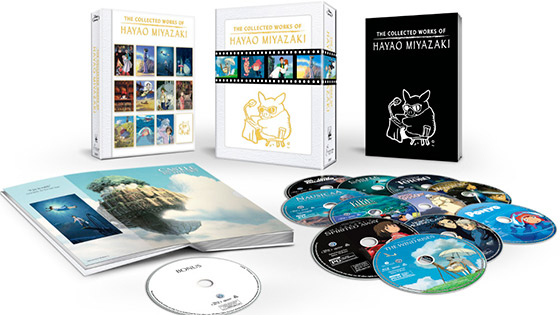 Was it a coincides that it was the same day I was tagged in a post sharing a lovely a magical 3D tribute to Hayao Miyazaki’s universe? I think not!

“Gritty” and “Dystopic” are not the kind of words I will use to describe Little Women, but they are indeed the words used to describe the adaptation in development at The CW. Yep, here’s how Deadline described the project:

Little Women is described as a hyper-stylized, gritty adaptation of the 1868 novel by Louisa May Alcott, in which disparate half-sisters Jo, Meg, Beth, and Amy band together in order to survive the dystopic streets of Philadelphia and unravel a conspiracy that stretches far beyond anything they have ever imagined – all while trying not to kill each other in the process.

HBO programming president Michael Lombardo said Game of Thrones will be at least eight seasons. Nothing official, but hey, two more years. Also, Jon Snow is dead yo! Or in Lombardo’s words:

So yeah, he be dead. And by he, HBO means Jon Snow.

Rosario Dawson, who was awesome as Claire Temple in Daredevil, will be in Jessica Jones! At this point, I kinda want her to appear in every single Defenders‘ solo series AND in The Defenders of course.