Sherlock will return a bit sooner than expected! Yep, Martin Freeman was right! Or I guess he spilled the beans and they had to talk. Anyway, yep, instead of the usual early 2016 premiere of season 4 we might have got, we now get a special episode late 2015 and then season 4! Here’s exactly what Troll King Steve Moffat had to say:

A special, plus a new series of three episodes — it’s a record-breaking run! Of course, it’s far too early to say what’s coming, but we’re reasonably confident that the very next thing to happen to Sherlock (Benedict Cumberbatch) and John (Martin Freeman) is the very last thing you’d expect…

BBC One has been insufferable on Twitter over it! They are seriously trying to make me bite me nails and there are a lot months to wait yet! Bastards. Also, they seem to be hinting Moriarty will be there. Shooting on the Sherlock special will begin in January 2015, with the series shooting later next year. And apparently the news that we will wait a bit less for Sherlock are very important! 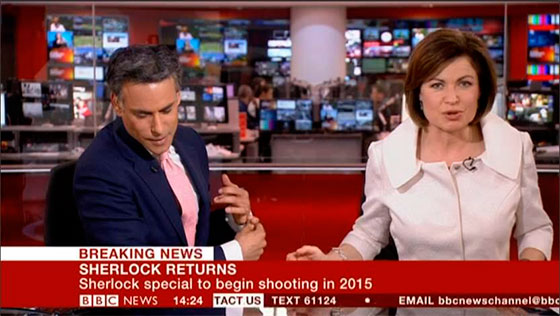 We will get a new trailer for The Hobbit in October but a teaser will be here soon! Or so Peter Jackson promised us on his Facebook~

Guillermo del Toro talked a lot to The Wall Street Journal about his current and future projects, including the Pacific Rim sequel and the animated series. And it seems the tone will be different from the original film, but will still have the “same joyful giant spectacle”… and yet, it sounds so awesome!

I’m hoping to bring the same idea I had in the first movie, that was to make it multicultural and humanistic as much as possible, to make characters from many nationalities or gender, to make them equal in the scope of the adventure, in the day-to-day of the adventure. So, we’re bringing a few characters that are new and hopefully doing good work managing those that survived the first movie.

And then there was talks about H.P. Lovecraft’s At The Mountains Of Madness… a long-gestating one that was killed by Universal because they didn’t want to spend so much money in an R-rated movie because Hollywood sucks~ Now, with Legendary and some flexibility on Del Toro’s part, it could be revived!

I said to them, that’s the movie that I would really love to do one day, and it’s still expensive. I think that now, with the way I’ve seen PG-13 become more and more flexible, I think I could do it PG-13 now, so I’m going to explore it with [Legendary], to be as horrifying as I can, but to not be quite as graphic.

Here’s Benny Batch look kinda adorable as Massachusetts State Senator Billy Bulger in Black Mass. He… doesn’t look much like a “corrupt midget” and more like an adorably chubby man from the 70s. But what do I know! I hope Benedict has worked on the American accent! 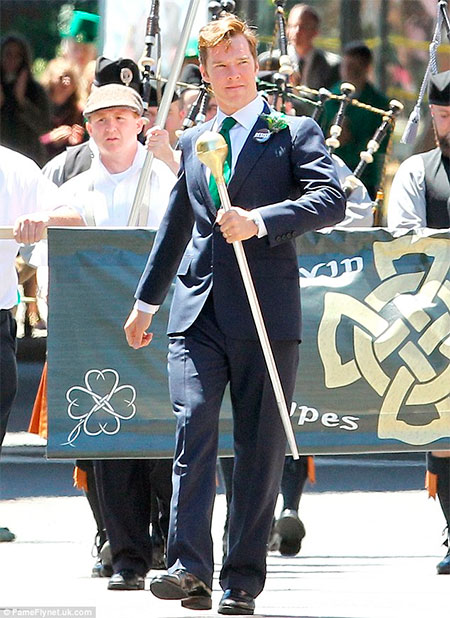 Today brings us another Doctor Who ominous trailer! And yup, more Daleks and (possibly) Davros this season! Guess this is UK’s gift for its ex colony? 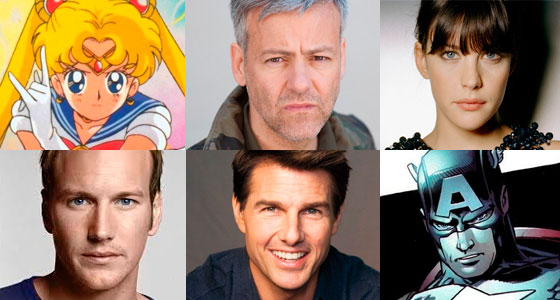