Greetings, my fellow geeks! This week we have everything from Marvel and DC to Sailor Moon and Doctor Who; but most importantly, a project that we thought dead has been revived, and we will see a beloved series a bit sooner than expected. And this is how the week started:

So Diagon Alley at  Universal Studios Florida? Apparently it is freaking awesome! Or so Entertainment Weekly wants me to believe. And damn if they didn’t a good job out of it. I want in! Those goblins look kinda tall though! 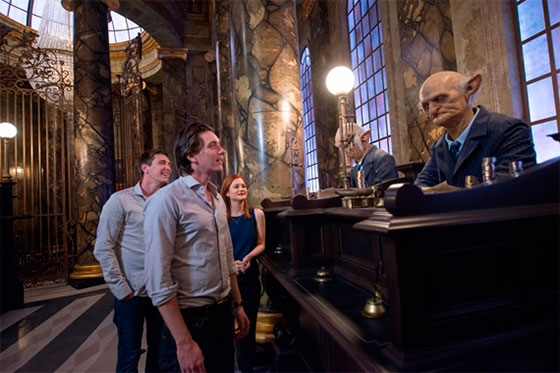 James Gunn has feels about the final week of working on Guardians of the Galaxy and his feels give me feels~ Sympathy feels!

I’m starting to get very sad every time I think of how I’m going to miss all of the people I’ve been working with side-by-side for the past two years. And – to show you how strange I really am – I get teary-eyed when I think of how I won’t be working with Rocket (at least for a little while). He’s been the center of my life for a long time now, and I’ve come to love the little son-of-a-bitch. Really.

Here are the character posters of Big Hero 6… and they look kinda different from the comic. Including Wasabi No Ginger race-bending, Honey Lemon looking like she’s related to Rapunzel (and Elsa and Anna), and what’s up with Fredzilla! Gogo Tomago looks fine though! 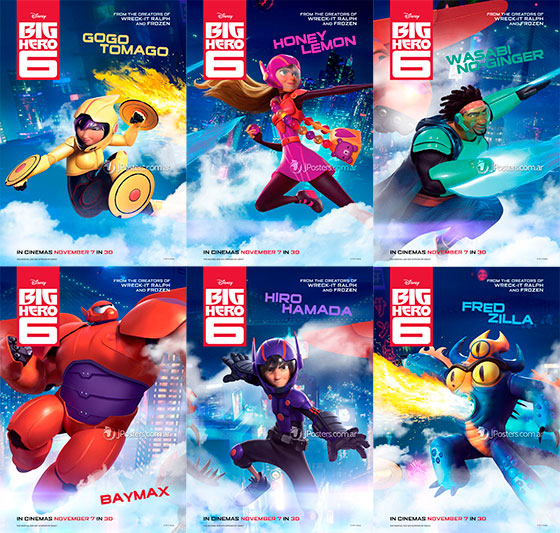 Neil Gaiman’s first video game finally gets an official release! Yep, Wayward Manor will be available on July 15. This is the teaser from last year (and the description):

The Budds, a dysfunctional family of misfits and eccentrics, have brought their own abysmal possessions into your humble abode and stifled your power. Each level is a playground for scares where players earn fear to take back control of the room. If you want free reign over your mansion once again, you must drive the Budds mad with fear using only your imagination and their hideous belongings.

Bryan Fuller talks about Hannibal season 3 timeline and how it differs from the books:

There’s definitely stuff from the novel Hannibal that we are incorporating into the first part of this. We kind of mix it up in a way that, since we are telling a fugitive story now, after Red Dragon, because in the novel, once Hannibal guts Graham, he’s immediately apprehended. In our timeline, he gets away so we are pulling that story up. Then telling a different story when we get to that storyline after Silence of the Lambs.

Oh yeah, Martin Freeman said we will get a Sherlock special! And that he should totally not speak about it… but he kinda did already. No words on series 4 though!

If that’s going to be a special – I’m speaking off-message here; if this was New Labour I’d get fired – I think that might be for next Christmas. A Christmas special. That’s what I understand.

Here’s the trailer of Penny Dreadful season 2! Until next years, you creepy fellas!