Now, for some remakes I didn’t expect to see: The Brave Little Toaster and Born Free. The first as a CGI/live-action hybrid feature, the second will tell the story from the perspective of Elsa the Lioness. Not sure if want. Probably will watch them anyway.

And then Gwyneth Paltrow had to utter this travesty about whether she’ll come back for The Avengers sequel:

I don’t know. I’m getting old for this s–t, you know what I mean?

Goddammit, Paltrow. You can’t do this to me! Tony cannot be without Pepper!

One thing that I did have – and this is the honest truth – was the Marvel Super Hero and Super Villain Top Trumps. I must have been eight or nine years old and that was my collection. We used to play Marvel Top Trumps religiously. They were brilliant. So that was my engagement with the Marvel Universe. Do I still play? Every day!

You nerdy nerd. I love it!

There was also talk about Loki’s bitching clothes in The Avengers with visual development supervisor, Charlie Wen~

The horns in the first helmet went straight up and curled around to the back. This time around, I wanted to treat it more like something that came forward towards you first, then tilted back. They’re a bit longer and thinner, which is something to make him look more mischievous and more of who his character is. I felt like I got to play more into what his character is to be shown on his costume. 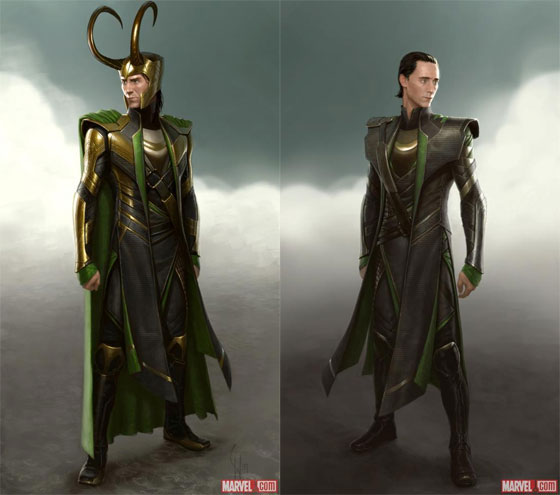 You did a fantastic job with it, Mr. Wen!

He also talked about Thor’s clothes in The Avengers, especially the two looks Thor had:

There were two costumes I had to design, [including] one where he is able to walk around and hang out, so he’s not always moving his cape aside when he needs to sit down just to drink coffee. It’s just something he can have to hang out with the guys.

Considering Charlie Wen probably has something to do with Thor’s new look in the sequel, let’s check them all together!

Anthony Mackie (whom you may know from The Hurt Locker) talks about his new movie 10 years, but also, and more importantly for our geeky interests, talks about his role as Falcon in Captain America: Winter Soldier:

He’s this guy in Harlem who moved to California and became a drug dealer. His plane crashed, and he was genetically altered, and he can fly, has telepathic powers. He’s the first African-American superhero. It makes me feel all the work I’ve done has been paying off. I have a son, nephews and nieces, and I love the idea that they can dress up as the Falcon on Halloween. They now have someone they can idolize. That’s a huge honor for me.

Despite Bourne Legacy not doing that well, there is going to be more Jeremy Renner in the Bourne Franchise. Producer Frank Marshall said:

We’re gonna follow Jeremy’s character. Everything else is wide open. That’s the great thing about this now. The table is set to go any direction we want to. But we will, I’m sure, follow Jeremy and see what happens. Jeremy and Rachel [Weisz].

So Marvel gets a new comic book that’s clearly inspired by Battle Royale… I don’t know what to feel about this. On one hand, it could kick ass, especially with X-23 on it; on the other, Marvel come on! Fresh ideas, please! 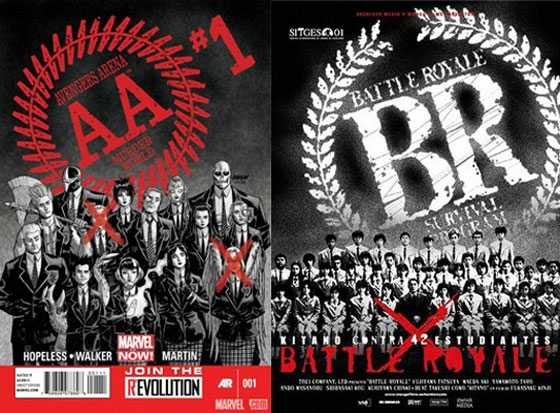