By now, all the “real fans” (who had the money, the time, or the inclination) have watched Star Wars: The Force Awakens, and that’s obvious by all the Box Office records it now has! First, it “destroyed” (Variety’s choice of verb) Harry Potter and the Deathly Hallows: Part 2’s previous Thursday-night preview record in US of $57 million to $43.5 million! Star Wars: The Force Awakens also landed the biggest Friday of all time in North America with $120.5 million and crossed $250 million globally in just three days. Also, this film beat the domestic gross of Fantastic Four and Pan in only five hours. Ouch! Finally, it’s breaking records in many other countries individually, and even my own country gets mentioned!

Also, did you know Daniel Craig and Simon Pegg were in the movie? Here’s the reveal of the Star Wars: The Force Awakens cameos!

Both Ben Affleck and Henry Cavill don’t want comparisons for previous Batmans and Supermans. They know they are inevitable, but they’d rather not compete. Yeah, sorry chaps. That ain’t gonna happen! 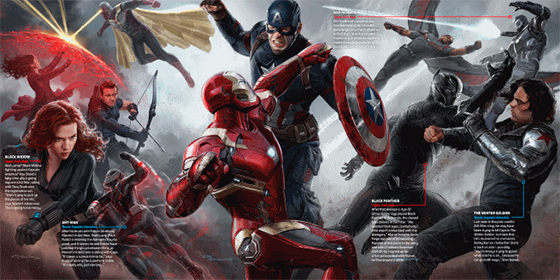 Marvel’s Captain America will get a 75th Anniversary Special called Marvel’s Captain America: 75 Heroic Years on ABC. It will air on January 19th at 8 pm ET, just before Agent Carter‘s Season 2 premiere. The one-hour special event will follow the history of Captain America from 1941 to the present day, and will explore how Cap has been a reflection of the changing times and the world he has existed in throughout the years. There will be amazing Marvel starts talking about him, like Stan Lee, Joe Quesada, Clark Gregg, Ming-Na Wen, Chloe Bennet, Jeph Loeb, Louis D’Esposito, Chris Evans and Hayley Atwell, as well as family members of Cap’s creators, Joe Simon and Jack Kirby. And, if that weren’t enough, we should be getting an exclusive announcement from Marvel Comics.

After a couple of teasers that showed footage from the original series, here’s a one with new content, which is mostly actor Michael Hoarse (Deputy Hawk) talking about the eeriness of Twin Peaks‘ setting. And there’s an unsettling something by the end of it.

You know there was an animated mini-series on CW Seed of DC heroine, Vixen. Well, girl will guest star in CW’s Arrow, and the actress will be Megalyn Echikunwoke, the voice of Vixen in the mini-series! Which is fantastic since she said she’d love to play a live-action version of the character if the opportunity ever arose. Well, here’s your opportunity! Seize it! Vixen will appear in the 15th episode of the current season of Arrow, that is on February 24th once the show returns from hiatus.

OMG! Steven Universe will finally return to our screens in January 4th, with a new “Steven Bomb” a.k.a. a whole week of episodes! The event is to celebrate Steven’s Birthday, and here’s a rundown of the new episodes, as well as a sneak peek from the first episode in the line up, “The Answer”:

And that’s it for the week. Before I go, I want to wish Happy Birthday to Bill Nighy, Charlie Cox, Krysten Ritter, Milla Jovovich, Steven Spielberg and Brad Pitt! 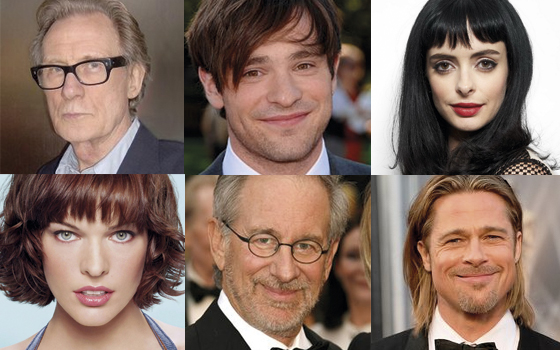