The Fangirly Diary of a Geek Girl: The Force is with me

Greetings, fellow fangirls and fanboys! This week Rogue One premiered and it was made of awesome! We also get new trailer, pictures, and casting news confirmed and rumoured both! Here’s how the week started~

Here we have the new trailer for Sherlock series 4, where Toby Jones remains a creepy little mofo! So, what are those darkest secrets? And who does Sherlock love? Or is it a code or something? This new run will start with “The Six Thatchers” on New Year’s Day, followed by “The Lying Detective” on January 8, and “The Final Problem” on January 15.

According to director James Gunn, Baby Groot’s presence in Guardians of the Galaxy Vol. 2 ain’t all about the toys! OK, maybe it’s not ALL about the toys, but I am sure toys are part of it! Baby Groot WILL be a huge part of that film’s merchandising… and Gunn acknowledges that. His mama raised no idiot!

I came upon the idea of having Vol. 2 take place very shortly after the first film and for Groot to still be Baby Groot, with quite a lot to learn. […] I knew if Baby Groot worked, the world would want Baby Groot toys and figures and plushies. But that certainly didn’t seem like a certainty when I was alone in my office conceiving of a story, and it most definitely was not the driving force of the decision.

Also, check out Baby Groot et all in hi-res glory in this series of 13 awesome stills! 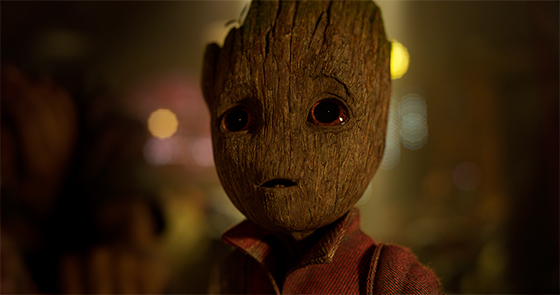 Patrick Wilson will play Aquaman‘s evil half-brother Orm (a.k.a. Ocean Master). Damn, they must both take after their respective moms! Wait, is Orm POTUS in the DCEU? Patrick Wilson did voice the US President in Batman v Superman: Dawn of Justice!

Behold Michael Fassbender making the iconic Leap of Faith from Assassin’s Creed in this new clip!