OMG! Simon Pegg will write the new Star Trek movie! OK, he will co-write with Doug Jung, but still! That and the direction of Justin Lin make this movie very interesting, and I don’t even know what it will be about!

OMG! The first trailer of Hannibal Season 3! OMG Will Graham hunting Hannibal Lecter with such drive… and obsession! And that last quote!

Habemus Supergirl! Melissa Benoist, from Glee‘s fourth season, has officially been cast as Kara Zor-El! Well, seems DC likes the Glee cast for their TV series what with Grant Gustin in The Flash! And the girl seems quite excited with her new role!

Benoist will play Kara, who after arriving on Earth was taken in by a foster family, the Danvers, who taught her to be careful with her extraordinary powers (which she shares with her famous cousin, Superman). […] An unexpected disaster forces her to use her powers in public. Energized by her heroic deed, for the first time in her life, Kara begins embracing her extraordinary abilities. She begins helping the people of her city and they soon take notice — and she’s even given a new moniker: Supergirl.

On more casting news, Sansa Stark is now Jean Grey! Yep, Sophie Turner will play the younger version of the powerful psychic mutant in X-Men: Apocalypse! Also, Tye Sheridan will play young Cyclops and Alexandra Shipp will play Young Storm. I don’t know any of them that much, but congrats anyway!

On rumored casting news, seems Chiwetel Ejiofor could have a role in Doctor Strange with fellow brit and Posh Alien Prince, Benedict Cumberbatch! The sources don’t seem to agree if he would play a friend or foe. So characters he could play? The Ancient One? Brother Voodoo? Maybe Wan? Dormammu? I just want thim there! And I want him to last more than a movie, pretty please?

Anthony Mackie has been talking about his allegiance in Captain America: Civil War~

I don’t know. It’s hard. Tony Stark is one cool brother, so I would definitely have to side with him just for the parties. Then when it came to the fight, I’d go over to Cap (laughs). Tony and I could party together, but as soon as it comes to fighting, I’m with Cap.

He also wants a new costume, and he’s totally down with the spandex! And a bird!

I want my bird, man. I want my bird! The thing is, you know I’ve been emailing with people over at Marvel. I’ve putting it out there in the ethos that I’m going to have a new and improved costume and come out all flashy in spandex. So I’m hoping that I get a new and improved costume. That’s my whole thing. I’ve just been saying it, hoping that they’ll read it and say, “Alright, we have to give Anthony a new costume.” Please, dress me up in spandex!

So, James Gunn had a Q&A on his facebook, where he answered many questions, including Lee Pace’s Ronan situtation in Guardians of the Galaxy 2 (he totally won’t be there, at least not this time!), his plans for the future of the franchise (if Marvel keeps him, he has ideas for like three other movies), the original fate of Yondu (he and his ship totally blow over because the Orb they gave him at the end of the movie had a bomb attached!), Nebula will definitely be back and that’s not Adam Warlock’s cocoon!

Paul Bettany talked about the scale of Avengers: Age of Ultron. And it is quite big, duh!

I’ve never been on a bigger set on my entire life than in The Avengers [Age of Ultron]. One [part] seemed to be the corner of a town, with helicopter cameras, and drone cameras flying about. I just haven’t seen anything that big, so it was like being a kid on a film set again.

Schmoes Knows confirmed what we had suspected for a while, that Andy Serkis is playing Ulysses Klaw, a Black Panther villain, in Avengers: Age of Ultron. His character in the MCU will be “a sort of amalgamation of both Klaw and his father in the comics, Fritz Klaue” though! 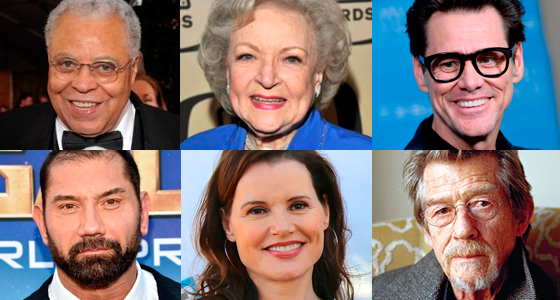