Greetings, fellow fangirls and fanboys! There aren’t as many news this week time and yet I feel overloaded. It’s totally Marvel’s fault. Also, castings news for superhero movies and TV series! This is how the week started:

Yay! We get second season of Gotham! The series has had ratings so a renewal wasn’t exactly shocking news. Still, I am glad Fox made it official!

Talking about Fox, they are considering bringing X-Files back! Fox TV Group chairman Gary Newman said they have had conversations about the sci-fi series and they are “hopeful”. In fact, Fox Television Group chairmen and CEO Dana Walden has already said they have talked to the series creator Chris Carter and protagonists Gillian Anderson and David Duchovny. And everything is just a “timing issue”, whatever that means. Would I want to see more X-Files. Sure, if it is good. Besides, we already know that Gillian Anderson would be “fucking overjoyed” to play Dana Scully again!

Since the first time we see Inhumans in the MCU is in Agents of S.H.I.E.L.D. (despite knowing first they were going to happen with the Marvel announcement), Clark Gregg got asked about them:

I’m excited by it. I think the Inhumans is a big, cool part of the Marvel universe, a great story. And we’ll set up something. We’ll get to explore it. I’m glad they’re entrusting us with it, and I think that they’ll take what they’re going to do with it, and it will connect. And yet, we’ll have the freedom to kind of make our show be our show. I think our show’s working better this year because it is what it is. What happens on our show has to work for our show, and if at some point in the future, because they always think of cool stuff, it becomes something that crosses over with the movie, fantastic.

Despite the serious look of the Ant-Man trailer, Judy Greer promised us that we will get some comedy:

I haven’t seen it yet but there was a lot of comedy on set and we did a lot of comedic improv. I don’t know what will end up in the movie, but yeah.

Girl has also been researching about Marvel~

My first day on set for Ant-Man I did an interview and the guy asks me who my favorite superhero was. I said Batman and he goes, “That’s DC.” And then I was like, “Oh, sorry, Wonder Woman!” and he goes, “That’s DC.” So I called my agent and and literally he overnighted me this huge, beautiful hardcover book about all the Marvel superheroes and was like, “Some research for you.” So I’ve been learning about Marvel.

Here’s some promo art for Reverse Flash, who kicked The Flash’s backside last time I saw him~ Good times! 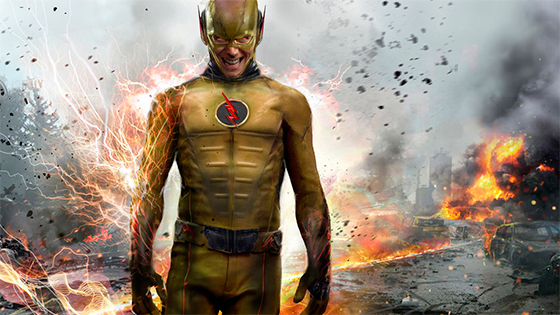 Talking about The Flash, IGN TV caught up with Grant Gustin, who was happy yet not surprised for the second season:

I hate to say – it’s not like we expected it, but it’s also not surprising me, I guess. It’s why I was so excited to get to be a part of this early on. I knew it was a character that was long overdue, and that if they did the effects right, which seemingly they were going to do with early stuff they showed me… I’ve been excited since the very beginning because I knew that we had the potential for this type of success.

Just imagine, it was like making dulce de leche (a similar thing to chocolate here in Argentina). Now Batman it’s going to fight the way I’ve always dreamed seeing him fight… he’s a character so prepared in martial arts that you can do a lot of things with him, but filmmakers usually don’t go all the way with it. Even in the last Nolan movies the action scenes aren’t very good from a technical, martial arts point of view to things like choreography, filming, bad camera movements…

Here’s what the slipcase of Avengers: Age of Ultron “Art of the Movie” book will look like: 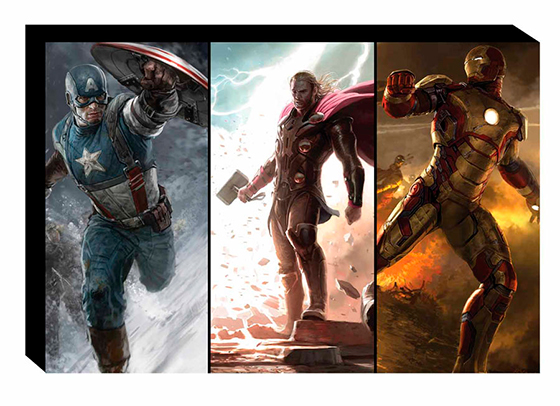 In Box Office news, The Hobbit: The Battle Of The Five Armies crossed $800M this weekend! That means it’s the highest grossing 2014 film… after Transformers: Age of Extinction. Dammit, China! Still, yay!