Meet BB-8 — the app-enabled Droid that’s as authentic as it is advanced. BB-8 has something unlike any other robot — an adaptive personality that changes as you play. Based on your interactions, BB-8 will show a range of expressions and even perk up when you give voice commands. Set it to patrol and watch your Droid explore autonomously, make up your own adventure and guide BB-8 yourself, or create and view holographic recordings.

And here’s a huge-ass (mostly positive) review and here’s Sphero BB-8 with some puppies!

We live in a day and age when a movie earns $1.4 billion worldwide, it still might be considered a failure. Sure, it’s a lot of money, but not enough considering the success of the first instalment and the Phase 2 films before it. So yes, according to the rumor, “Disney dubbed a failure. Which enabled Kevin Feige to use it leverage to push out Isaac Perlmutter”.

On the other hand, there’s another rumor that it’s actually Captain America: Civil War‘s ballooning budget is why Marvel Studios ended up directly under Disney. Because Perlmutter is a cheapstake. Yes, I will continue to make that known.

It’s been confirmed by Mark Ruffalo himself that Hulk won’t be in Captain America: Civil War. So, we know Thor won’t be there because things happening in Thor: Ragnarok, but what is Hulk doing that he won’t be there where everybody else will?

Because it’s still missing is not known where. I thought that I would be in the film, but in the end evidently believe that reveal what happened Hulk is something too big, and Marvel wants to use this information later. My character had been inserted in the script, but then it was taken away. Who knows, maybe Hulk will never return. However, they want to keep the revelation of what happened a secret, because it is something really big.

Casting news for Marvel/Netflix’s Luke Cage! We have Mahershala Ali as nightclub owner and villain Cornell “Cottonmouth” Stokes; Simone Missick as kick-ass Misty Knight, the former NYPD officer who is gifted a new bionic arm by Tony Stark; Theo Rossi as street smart villain Shades; and finally Rosario Dawson who will be in all Marvel/Netflix movie as Claire Temple. And that makes me damn happy!

An image surfaced on Imgur and Reddit where there’s this wall in either Warner Bros Animation or Cartoon Network offices. And it shows lots of posters of new properties like Be Cool Scooby Doo and Wabbit (both launching later this year), current series Mike Tyson Mysteries and Teen Titans Go!, but most importantly a poster of JLA. So, new show?! There hasn’t been any announcement or even rumors. But hope springs eternal! 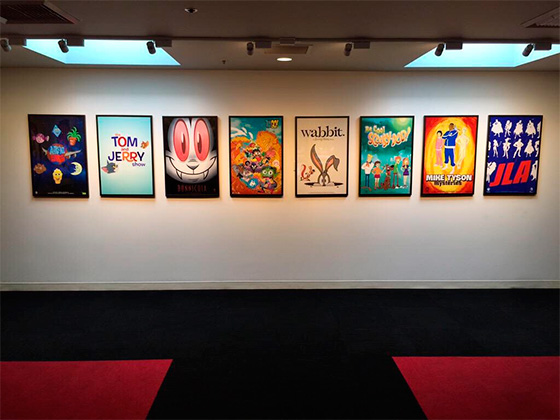 Chris Evans’ contract with Marvel Studios is almost up, and he has revealed he’s “almost terrified” to think about saying goodbye to a steady income, I mean the Captain America role. Also, he compares it with highschool:

It’s almost terrifying to think about these being done. It always feels so good to kind of wrap and just say, ‘Alright, one more down.’ But it’s also kind of like high school in a sense. You keep looking to when you’re going to be done, and we’re almost done now, and you’re not quite ready for it to be over.

Listen, if Marvel wants me they got me. I’ve never had such a relationship where you have such—I mean look at my resume, I’m used to being on set being like, ‘Ah is this movie gonna be terrible?’ Marvel just can’t stop making great movies, they do it in their sleep. It’s wonderful directors and producers and actors and scripts, and it’s like a playground as an actor.

On the Marvel comics side, we have a new Hulk! And it’s kid genius Amadeus Cho! So yeah, the Totally Awesome Hulk is a teenager. Yeah, that’s one way this new Hulk will be different. This is what editor-in-chief Axel Alonso had to say:

Amadeus is a plucky kid. He’s got a chip on his shoulder, he’s the fifth or sixth smartest guy in the world according to the official rankings, and I think he’s just going to carry himself very differently with that power. 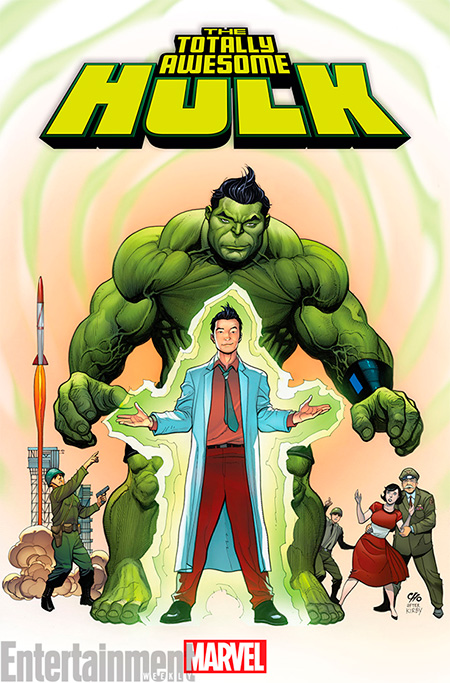 Here’s the first promo for Agents of S.H.I.E.L.D. Season 3, where The Secret Warriors are being assembled and it seems there will be a slightly bigger budget for special effects. Yay for new superpowers!

–
And that’s it for the week. Before I go, I want to wish Happy Birthday to Cameron Diaz, Richard Gere, Lara Pulver, Keanu Reeves, Salma Hayek and Beyoncé~ 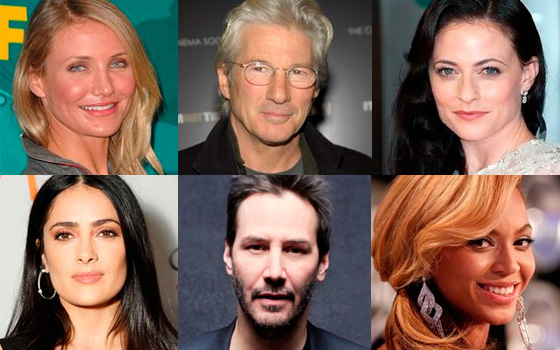