The Fangirly Diary of a Geek Girl: Thank you, Marvel Muse

Samuel L. Jackson is back to the MCU! Early in the week some rumors appear that Nick Fury, Avenger recruiter extraordinaire, will appear in Captain Marvel. And then it was confirmed! It makes sense because Carol Danvers and Fury both have military backgrounds, and her origin story could be altered so that she can be ex S.H.I.E.L.D. or something.

You know that scene of Iron Man and Spider-Man together in the Spider-Man: Homecoming trailer that never appeared in the film? Director Jon Watts talked about it~

I think what happened was in the very first trailer they wanted a shot of Spider-Man and Iron Man flying together. And they were going to use something from the Staten Island Ferry [scene], but it just didn’t look that great. […] So I think I was like ‘Let’s just put them in Queens. Let’s use that as a backdrop.’ […] I feel a little weird that there’s a shot in the trailer that’s not in the movie at all, but it’s a cool shot. It’s funny, I forgot that we did that.

And then, terrible news, Stan Lee’s wife Joan died. They were some months away from their 70th anniversary. And damn, that’s a lot. I don’t think I could ever reach that. And of course, her death was felt throughout the comicbook and entertainment community. Not only Marvel, but DC too offered their condolences. Kevin Smith wrote a beautiful tribute. Artist J. Scott Campbell had not only words but a beautiful drawing of Stan and Joan referencing Peter Parker’s meet-cute with MJ Watson. But it was not only because she was the wife of a beloved wife. No. Joan Lee was never far from Stan, and she supported him during almost 70 years of marriage. In fact, we owe her Marvel comicbooks. Stan Lee was about to quit comicbooks, and she encouraged him to do it one more time. “Before you quit, why don’t you write one comic you are proud of?” That comic? Fantastic Four. And the rest is history. Oh yeah, she was also the voice of the amazing Madame Web in the now 90’s classic, Spiderman the Animated Series (the one with the seriously cool intro theme with the electric guitar… and that’s Aerosmith’s Joe Perry BTW). 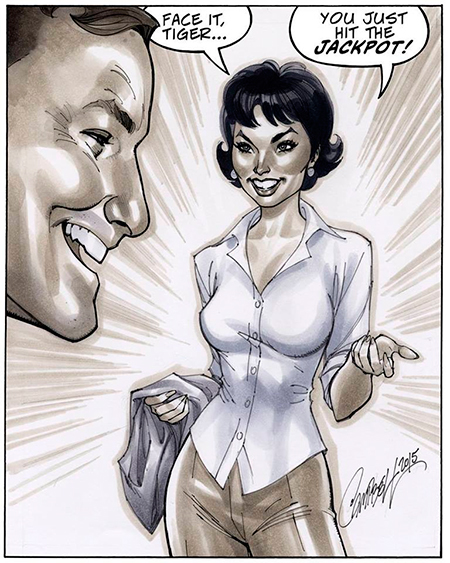 Castlevania is out now on Netflix and here’s its cool intro! It’s just four episodes long, and about 94 minutes total… basically a movie. But hey, it’s also been confirmed for season 2 next year with double the episode count!

Check out the final Spider-Man: Homecoming poster, which is easily the best one! Yes, it’s totally inspired by Spidey’s first appearance in 1962’s Amazing Fantasy #15. 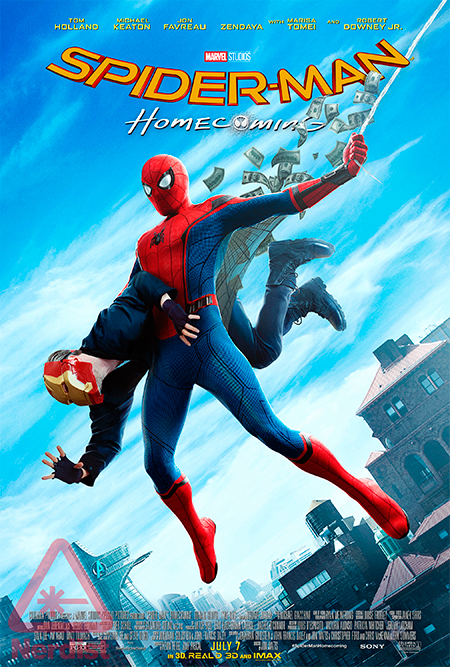 Of course, the week ended with more tributes to Joan Lee, including an amazing video where Stan Lee tells Joe Quesada (and the audience), Marvel’s Chief Creative Officer, the story of how he met her. Bryan Singer also had words for her, as well as a behind-the-scenes videos of the cameo she had with Stan in X-Men: Apocalypse. And finally, Stan Lee’s POW! Entertainment released a lovely art depicting Stan and Joan as Spider-Man and MJ on their wedding day: 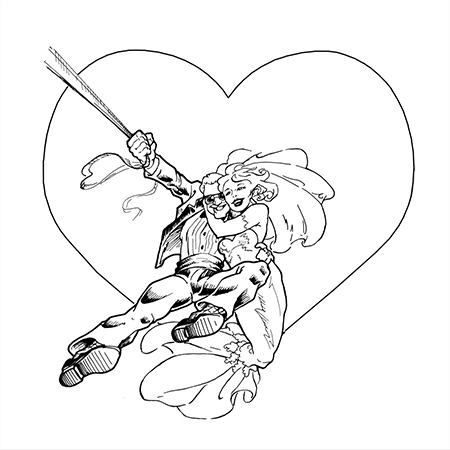 And that’s it for the week. Before I go, I want to wish Happy Birthday to Margot Robbie, Patrick Wilson, Tom Cruise, Eva Green, Geoffrey Rush and Sylvester Stallone. 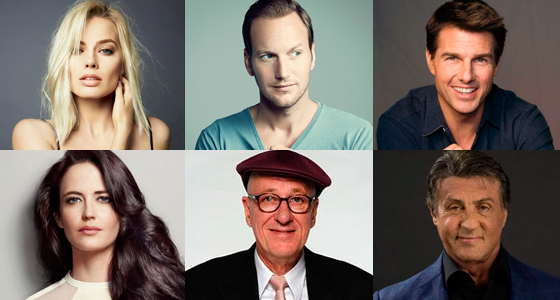