Capaldi had yet another interview about Doctor Who, this time with TV GUIDE (and he also got a nifty cover), and his words give me hope:

I did ask what their plan for the show was. I didn’t want to be Doctor Who in a Doctor Who that I didn’t like.

Also, I kinda like how he calls The Doctor, Doctor Who? I know it must piss off some fans, but eh, he was called Doctor Who back in the day I think.

Back to Warner and Serkis’ The Jungle Book, we have more casting news! Christian Bale and Cate Blanchett (and some other actors who I am not fan of) are there too! Oh yeah, they are Begheera the panther and Kaa the python respectively. Also, Serkis has the role of Baloo the bear.

OK, we know Dwayne Johnson might be a Shazam movie for DC/Warner. What we don’t know is if he will play the hero Shazam or the villain Black Adam (who, in my opinion, looks more like The Rock). The thing is, Dwayne doesn’t know either. He hasn’t decided yet!

I am 100% sure that the movie will happen. We’re talking about it since 2008, when I was offered the role for the first time was just a matter of finding the right script, and it finally happened now. We have a writer who understood the story and brought an amazing approach not only to Shazam, but the power of Black Adam as well.

Entertainment Weekly decided to think about it and, after some consideration, has concluded that The Rock will probably chose to play Shazam~

We might have a director for Fantastic Beasts and Where to Find Them! And it’s someone who is familiar with the franchise. Not, it’s not Cuaron. He already said no, dammit. It’s David Yates! He made my second favourite Harry Potter movie (Harry Potter and the Deathly Hallows: Part 1, BTW), but other not so great Harry Potter movies~ They are still in negotaitons though, so we’ll see.

New rumor! Collider claims that Jennifer Lawrence could be in talks to be Quentin Tarantino’s The Hateful Eight! However, Jeff Sneider from The Wrap claims her publicists denied it! Justin Kroll from Variety takes it a step further and says that Evan Rachel Wood, Geena Davis and Hilary Swank could be considered instead.

Joseph Gordon-Levitt talks some about The Sandman adaptation he is producing. Seems Neil Gaiman is involved in the scriptwriting so yay! David S. Goyer is too so damn. I still don’t him to be Morpheus though!

Right now we’re working on a script. It’s me and [David S.] Goyer and the screenwriter and Neil Gaiman, as well as the good folks at DC and Warner Bros. It’s a really cool team of people. It’s a lot of the same people who worked on the Nolan Batman movies. It’s really exciting. There’s not a script yet, we’re still kind of working it out because it’s such a complicated adaptation because Sandman wasn’t written as novels. Sin City was written as a novel. Sandman is 75 episodic issues. There’s a reason people have been trying and failing to adapt Sandman for the past 20 years.

RadioTimes is milking his Peter Capaldi news apropos of Doctor Who (and their Doctor Who special issue), and now shared a lovely picture of Capaldi holding the Doctor Who special the magazine did 40 years ago, that inspired a young Capaldi to write in to Radio Times. That and more pictures of the same session can be found in their digital version for iPads and iPhones.

And if that ain’t enough, they showed an exclusive retro poster for “Deep Breath”, the first episode of Doctor Who series 8. It certainly look way better than the overly photoshopped ones BBC usually makes for Doctor Who~ 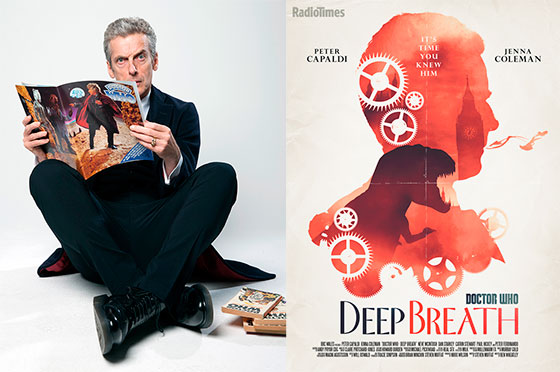 And now, for a Star Wars rumor! Emperor Palpatine will appear in the Star Wars movies! Which ones and how, we don’t know!

Also, it seems Disney’s plans forStar Wars will make the MCU small by comparison! “We’re going to redefine longform storytelling”, says an employee. Yup, not only is the new trilogy planned out in advance, the story would be weaved throughout other forms of media like the cartoon TV show, books and comics! Yep, Disney keeps trying to own my paycheck! 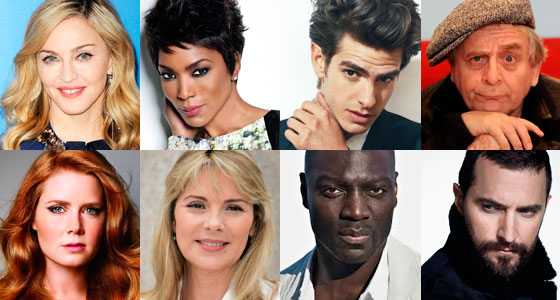