BBC announced all the titles for the Doctor Who season 8 episodes!

Troll King Steven Moffat expects Peter Capaldi to act with his eyebrows. Because unlike say Emma Watson’s, Capaldi’s eyebrow game is on point! He will also like to remind you he ain’t an old man, dammit!

I don’t think I’m old. I’m 56. Maybe people think that’s ancient. I’m not an old man. My eyebrows, which I’ve never taken much notice of in my life before, Steven’s decided are the most amazing comic devices. Now in the scripts, as a stage direction, instead of saying, “The Doctor looks peeved” or “The Doctor looks annoyed,” they just write, “Eyebrows.” I’m supposed to do something with my eyebrows.

Today was Celestina Warbeck’s birthday! And as such, J.K. Rowling wrote about her in Pottermore and also released the song “You Stole My Cauldron But You Can’t Have My Heart” [1] And here’s a video of “Celestina Warbeck” in Wizarding World of Harry Potter Diagon Alley attraction in Orlando, Florida.

Damn, I was let to believe by Harry, Ron and Hermione that she was annoying or something, because they complained about it… But she’s awesome OMG! I mean J.K. Rowling said she “imagined [Celestina] to resemble Shirley Bassey in both looks and style”. And how could that no be awesome?! Those uncultured twerps! Oh well, I guess I am one of those “older people who love her grandstanding style and powerful voice” who are her fans?

Josh Boone, the dude who directed The Fault in Our Stars may direct Lestat, Anne Rice’s next vampire adaptation! Also, there won’t be a remake of Interview with the Vampire… for now!

Rather than remake of Interview with the Vampire, the new film is expected to draw from the second and third books in Rice’s series — The Vampire Lestat and The Queen of the Damned — and will likely be faithful to the source material.

And thus, we had the first official picture of Ant-Man. It’s not very exciting, just Paul Rudd looking all serious while he stands by the Golden Gate Bridge~ 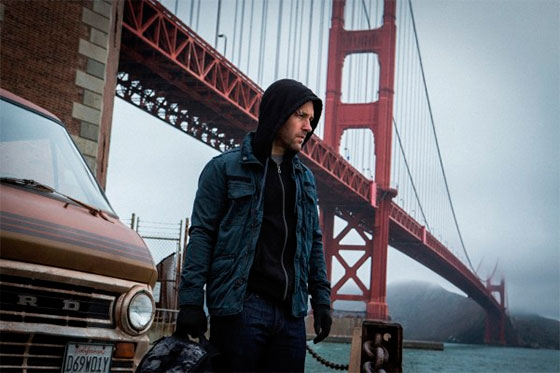 In other good Marvel news, good for Adrianne Palicki at least, we have our Mockingbirg in Agents of SHIELD! She might not have been Wonder Woman, but Adrianne now has another change to shine a TV superhero! I wonder if they will talk about her relantionship with Hawkeye in the comics?

In other casting news, Benedict Cumberbatch hasn’t lost his ability to Khan! Yep, my Posh Alien Prince will give his voice to Shere Khan in Warner Bros’ The Jungle Book . Not to be confused with Disney’s new adaptation of the book, which will have Idris Elba as Shere Khan and Jon Favreau as the director. Anyway, in Warner’s one, we get Andy Serkis doing his debut as director, and I guess that also means so degree of motion capture?

OK, so Edgar Wright might not work for Marvel’s Ant-Man anymore, but dude ain’t idle. Yep, he’s working with long-time pal Simon Pegg in a new movie. He didn’t reveal many details though!

Edgar and I were having a conversation the other day about it, and it has a title and everything. We’re kind of into a creative cycle now.

Finally, let’s mention that Guillermo del Toro’s The Strain has been renewed for a second season! Not surprising considering the good ratings! FX Networks CEO John Landgraf seems quite satisfied with it!

We’ve never had any doubts about The Strain. It is thrilling when you have a show that is a creative and commercial hit, which is a rare accomplishment in this increasingly crowded marketplace. We look forward having it on FX for as long as Carlton, Guillermo and Chuck Hogan need to tell this epic tale.