Entertainment Weekly kept giving us Rogue One: A Star Wars Story things! This time, pictures! From good guys and bad guys alike… but let’s concentrate on the bad guys since they are better dressed and do more interesting stuff. The film will star both the classic Stormtroopers as well as the all-black Deathtrooper squadron, and both like storming beaches… and picking up toys, which reportedly will play a role in the story. Huh. Also, damn I still love Director Orson Krennic’s clothes. Even if it’s totally impractical with all the white and that cape! On the other hand, the good guys look tired and unwashed. Maybe they should frolic on the beach and play with toys more~ 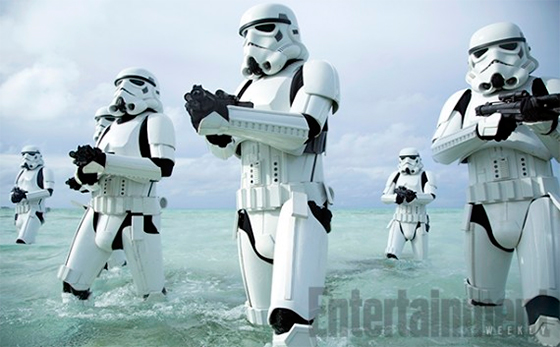 In not-surprising but long awaited news, it’s been confirmed that James Earl Jones will indeed return to voice Darth Vader in Rogue One: A Star Wars Story. He won’t be BFFs with Director Orson Krennic tho… so kinda like his grandson Kylo Ren and General Hux… will they end up as one of the main ships of the film? But don’t expect good old Vader to be in the film much, because according to producer Kathleen Kennedy:

He will be in the movie sparingly. But at a key, strategic moment, he’s going to loom large.

Bryan Fuller had an interview with Collider, where he revealed some details about new Star Trek show like, there will be 13 episodes, with flexible episode length (longer than 30 minutes tho), and the plot will be one story over 13 episodes. Also, shooting will run from September to March, and he has been meeting with actors, but there has been no hired directors yet. Specifics will start to be revealed around the time for the San Diego Comic-Con.

He also talked about when exactly we can start hoping for Hannibal’s return… it’s all in the timing!

George R.R. Martin and Stephen King had a live discussion last week in New Mexico, where they talked for about an hour about many topics, from gun control to King’s new thriller End of Watch. Andthen, George R.R. Martin asked Stephen King: how do you write so fast? Apparently, King writes for three or four hours each day and tries to produce a half dozen “fairly clean” pages in that time. “So if the manuscript is, say, 360 pages long, that’s basically two months’ work – but that’s assuming it goes well”. Welp, I mostly have days like Martin tho:

You don’t ever have a day when you sit down there and it’s like constipation – you write a sentence and you hate the sentence, and you check your email and you wonder if you had any talent after all and maybe you should have been a plumber? Don’t you have days like that?

King doesn’t have those, though real-life matters do intrude sometimes.

Here we have the teaser poster for Power Rangers, which has the tag-line “Together We Are More”. According to some, all these recent influx of news about the film might mean it will be featured at the International Comic-Con in San Diego in July, which might even include a teaser trailer! 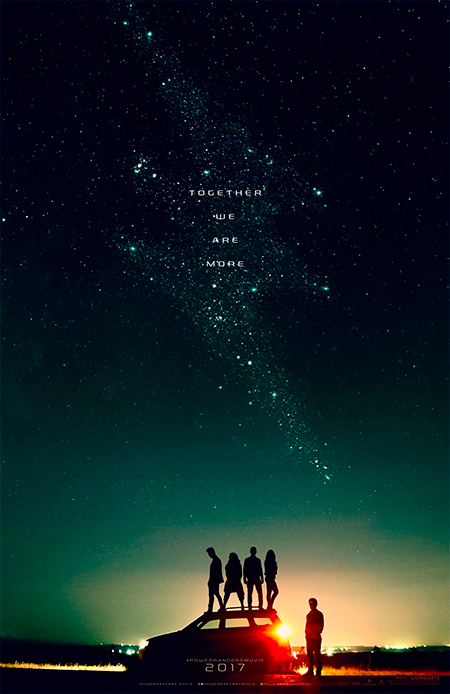 Welp, seems Ewan McGregor is kinda tired of the constant Star Wars questions, and while he wouldn’t mind to be part of an Obi-Wan Kenobi movie, he sure ain’t losing sleep over it:

I like the films that I made with George Lucas and I’m happy to be part of the legend of it all, but that’s it with me. I don’t really understand the fanaticism about it. I’m asked by everybody all the time, “Would you do another one?” and I’ve said, “Yeah, I’d be happy to,” because I think there’s a film between Episode 3 and Episode 4, which is when Alec Guinness is in the desert. But I’ve been asked about it so much now that I’m being criticized for trying to persuade Disney to make this movie. I only responded to people asking me about it, and now it looks like I’m sort of looking for work, which is humiliating. I couldn’t care less if it happens, but when Star Wars people ask me if I would do it, the answer is yes, so that’s how I feel about it. 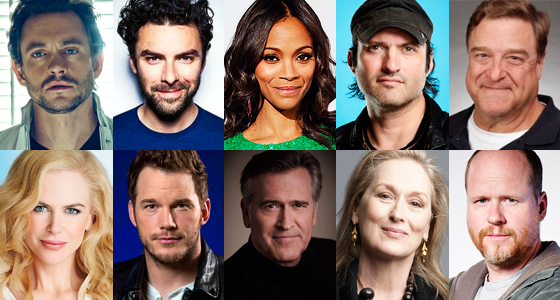