Just a couple of casting news this Tuesday. The first one, Bryan Cranston has been cast as Zordon in the Power Rangers movie! Cranston’s not unfamiliar with the property since he voiced the monsters Twinman / Snizard on the original Might Morphin Power Ranger TV show, and the Blue Ranger Billy Cranston was named after him.

Lynda Carter went from Wonder Woman to President of the US of A in Supergirl! Yep, those rumors and hints by the show’s EPs are finally confirmed!

Entertainment Weekly has Rogue One: A Star Wars as their cover, and with it comes all sorts of inside info… including some revelations from the filmmakers about what the reshoots are adding to the story. 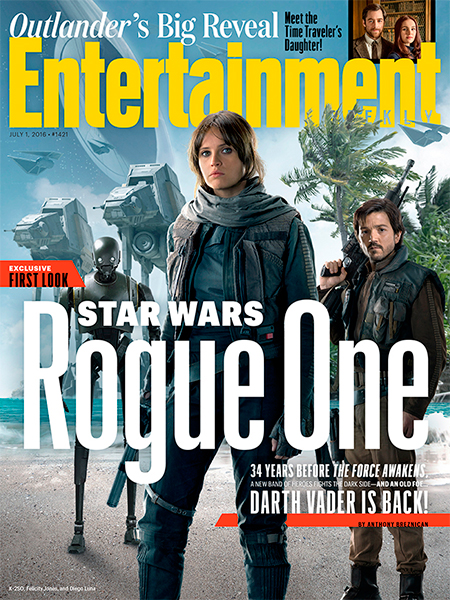 The special also regaled us with exclusive details on all the new Star Wars characters, including the confirmation that Mads Mikkelsen’s character is protagonist Jyn Erso’s father, Galen Erso. Dude is basically “the galactic version of nuclear pioneer J. Robert Oppenheimer, with doomsday knowledge that is sought by both the Empire and the Rebellion”. Also, info on villain Ben Mendelsohn’s Director Orson Krennic “who intends to use his squad of Deathtroopers to pulverize the Rebel uprising and ascend into the Emperor’s graces – while hopefully avoiding the wrath of his enforcer, Darth Vader”. 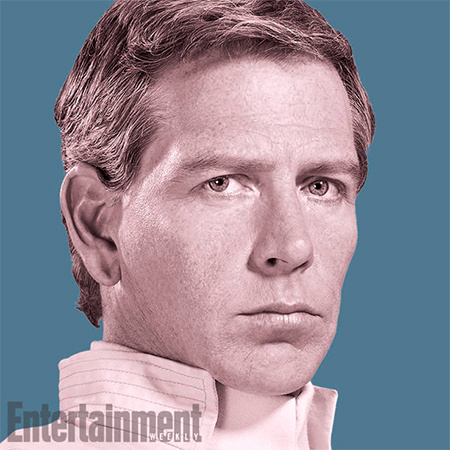 But among all the new characters’ info, we had one we didn’t expect. That of Forest Whitaker’s character: Saw Gerrera, who was first seen in season 5 of The Clone Wars animated series, when he was a young man who, along with his sister Steela, fought alongside Darth Vader — back when he was still Anakin Skywalker. In the episode A War on Two Fronts, aired in October 2012, Saw and Steela were part of an insurgent group unofficially trained by Anakin, Obi-Wan Kenobi, and the padawan Ahsoka Tano.

Entertainment Weekly also gave us our first look at two important new characters from Outlander: Brianna and Roger, whom we met in younger versions in previous episodes. This grown-up version is from the season finale. Brianna is the daughter of Jamie and Claire (though raised by Frank) while Roger is her future love interest. 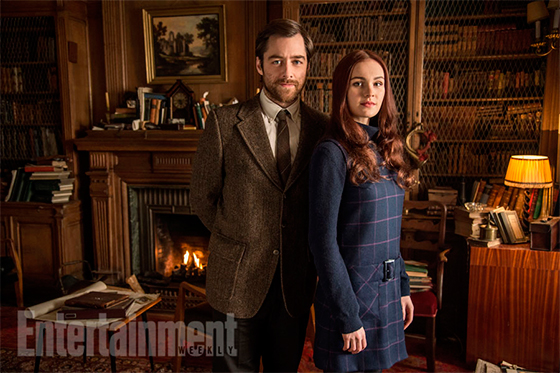 On other TV news, Game of Thrones‘ “Battle of the Bastards” is now the internet’s highest-rated episode of TV ever. Yep, it has received a perfect 10/10 rating on IMDb from over 75,000 users. That’s more than the over 70,000 users who have given Breaking Bad‘s “Ozymandias” a perfect score on the film and television site.

Welp, Mark Millar will re-launch the Kick-Ass franchise with a black, female protagonist. Because he doesn’t “think many blonde white guys around 30 feel under-represented when they pick up comic or watch a movie”. Which is totally true. This idea could be very good or very bad, depending on how it’s handled… He didn’t reveal details besides saying the story was set in a different city with a new supporting cast joining the new lead. So, a legacy character. Book is set to drop in January 2017.

Kick-Ass is like James Bond or Doctor Who, where with a new face and a new situation and it suddenly feels very exciting. Every four volumes or so I want a different person in the mask. Sometimes it might even only last a single volume or even a single issue. 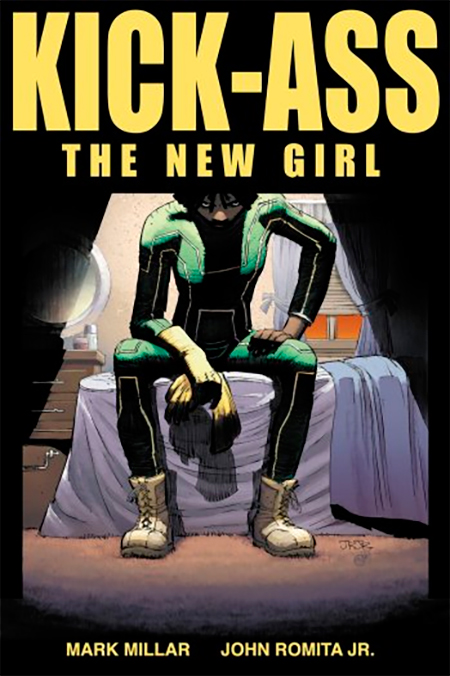