The Fangirly Diary of a Geek Girl: Spilling some Marvel beans

Greetings, my fellow geeks. This week we go back to a regular sized column, but there are still many Marvel related news. Kevin Feige seems unable to shut up and yet he doesn’t say anything really important. That’s an ability! But I digress~

Let’s start with this long-ass interview in The Daily Mail with Benedict Cumberbatch. It talks about things I already knew about our Posh Alien Prince. Except for that last anecdote of him meeting David Beckham at an Oscar after party~

I went to LA properly for the first time for the Oscars last year and ended up at Madonna’s party. I met David Beckham at the bar and said, “Hello David, nice to meet you, I play Sherlock on television back home.” He said, “Oh yeah, nice, I think I’ve seen it.” People now look at me with the look I probably gave David Beckham at the bar. This is all new and bizarre for me, but I’m adjusting to it. 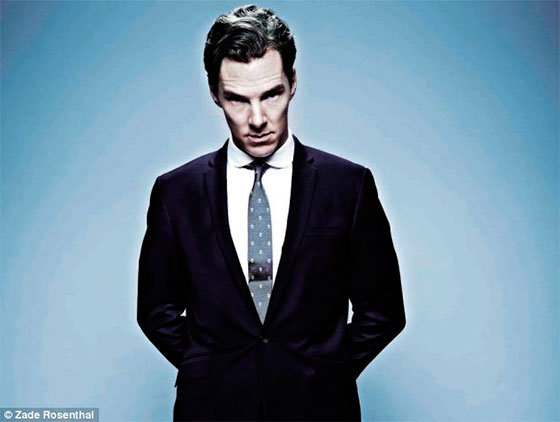 Steven Moffat keeps trolling about Doctor Who‘s series finale. He says it will change Doctor Who forever! Those are grand words, Moffat! You better deliver!

The episode is called The Name of the Doctor and involves our hero in a conflict that is very, very personal to him.  Usually he’s saving other people, but this time he might be the one who needs to be saved.  We’ll also find out what makes his new companion so impossible and there’s a surprise that no one has got right so far, and one that will change the course of Who forever!

Amy Adams talk about being Lois Lane in Man of Steel:

I have always identified with Lois. She is suited to my personality. When she came up for the third time, I was like, ‘Okay, this is ridiculous. I have to play Lois’. I know other people have played the role, and others will play the role after me, but this was me putting my stamp on it.

Bryan Fuller wants David Bowie for Hannibal Season 2. Oh damn I hope we get a Hannibal Season 2. The ratings have not been that good which makes me sad. And Bowie in Hannibal could be fun. He can be so hammy. Oh, Fuller has such hopes that Hannibal will last and he can get through all the books~

In the first season we have this weird bromance between Will and Hannibal, season two is the nasty break up and the third season would have a fugitive angle to it, the fourth season would be Red Dragon, the fifth season would be in the realm of Silence Of The Lambs, the sixth season would be Hannibal. In the seventh season it would be interesting to see Will Graham and a Clarice Starling type character come together for an adventure with their nemesis, Hannibal Lecter.

J.J. Abrams wants to juggle Star Trek and Star Wars. Yeah, that cannot end so good, or could it? That’s too much nerd power and he could fuck up… and those are the two fandoms you don’t want to piss off!

Henry Cavill talks about money and he’s no damn charity.

God, all those people who say, “Oh no, the money doesn’t matter.’ Yeah, right. They’re either mad, or they’re lying. I mean, come on. “Oh no, don’t pay me anything, it’s for the arts.” I’m sorry, no. Pay me the money. I’m not doing it for charity. I’m not a nonprofit organisation. Plus it’s expensive flying back and forward to LA. You need a job that pays money. 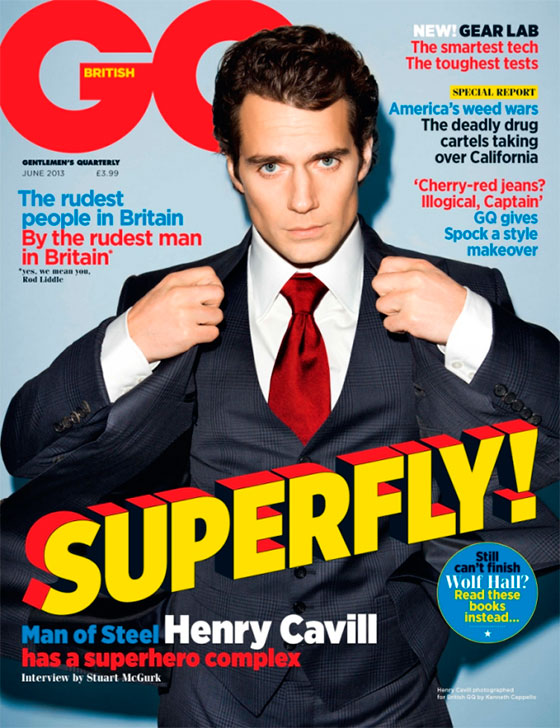 Ron Perlman is trying to guilt-trip Guillermo del Toro for another Hellboy movie. Hope it works!

There are so many questions posed in the first two films that absolutely need to be answered. I said, ‘You owe it to the world to finish this trilogy.’ I’ve been giving him Jewish guilt.

Iron Man 3 is bringing the money in the international market~ $195.3 million on the opening weekend! Beating even The Avengers! Get money, Tony!

This movie, Captain America, has kind of become “Avengers 1.5”; if you look at the cast they’ve put together, if you look at the number of characters that are in this movie. I mean, it’s a huge number of superheroes and characters. The basic idea is that you have Captain America, Black Widow, and Falcon that get together to take down the Winter Soldier.

Yep, boy is good at not revealing stuff. He even got complimented on it~

Tom Hiddleston was at the Olivier Awards, presenting an award and being cute~