The Hobbit: The Desolation of Smaug has a new trailer and some new banners. This movie sure has lots of archers! 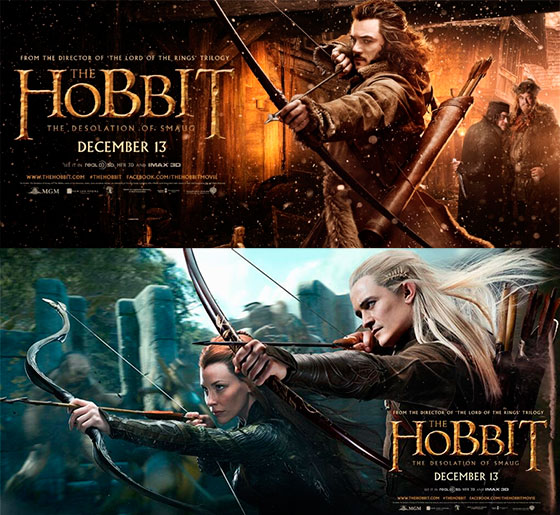 Disney will make a Cruella de Vil live-action movie! Well, with Maleficent, there will be two Disney villain movies. Don’t mind if they do more. Get that money, Diney!

Peter Dinklage talks about his character Bolivar Trask in X-Men: Days of Future Past. He’s not a bad dude, you guys, he’s a man of science!

I didn’t want to play the villain,” Dinklage told EW. “He’s a man of science. He’s a man of invention. He actually sees what he’s doing as a good thing — [his ambition is] definitely blind and he’s quite arrogant. He’s strove all his life for a certain respect and attention.

Let’s start the news on Thor: The Dark World with some cool pictures! 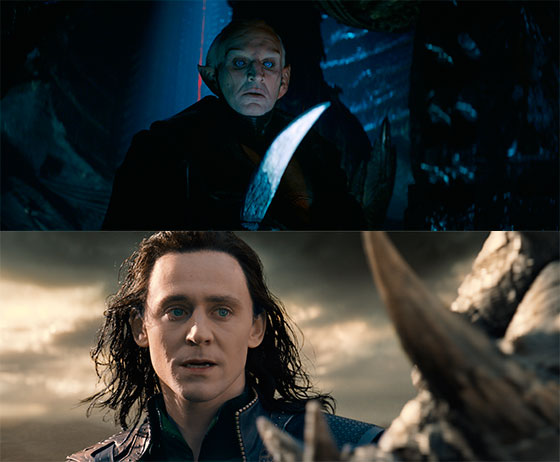 S.H.I.E.L.D doesn’t always get involved and the Avengers aren’t always there. There are threats that need to be dealt with on an individual basis, so S.H.I.E.L.D doesn’t have much of a presence at all in this movie.  It just depends on what the specific threat is, and since so much of this also involves other worlds, you know, S.H.I.E.L.D has no jurisdiction there.

Alan Taylor talks about what interested him in Thor: The Dark World, that is the epic scale and it being based on Norse mythology because he’s an history nerd.

I think other superheroes can fight bad guys in Gotham City or can fight bad guys in Metropolis or whatever but Thor is part of this epic thing he’s also got going on that.  Our villains have been around for five-thousand years, they’ve been pissed off since the Big Bang so there’s a kind of scale.

Talking about the bad guys, here’s Adewale Akinnuoye-Agbaje talking about his character(s), and the relationship with Eccleston’s Malekith:

The beauty about Algrim is the kind of loyalty that is very rare, somebody who would lay their life on the line for a cause and he feels that Malekith spearheads that cause, so he would do anything for him.  So, they’re tight, they are tight.

And of course, here’s Hiddles talking about Loki, because nobody has Loki feels like Tom Hiddleston does~

In my own mind I’ve unpacked [Loki’s] suitcase of pain so I could easily stand up and defend him even though many of his actions are indefensible.  But I know why, I think.  What’s interesting is that those answers are locked in some kind of cabinet right at the bottom of him and nobody has the key.

So, remember that back in the day Natalie Portman wanted to quit Thor: The Dark World because they changed directors? Well, this could be a reason why she decided to stay. Marvel has launched the Ultimate Mentor Adventure! Yes, it deserves an exclamation mark, because this mentor program/contest for highschool girl who want to follow/are interested in STEM careers. They get to interview a STEM mentor and submit a 5 minute video about the experience and why they love science. The best ones get to watch Thor: The Dark World and be part of a documentary. Check more here.