Choose your own adventure book are always a mixed-bag with me. I love them but I make terrible decisions that end in bleak endings most of the time. LOL. Anyway, Supernatural fans now get a companion book to season 9 called Supernatural, The Television Series: The Roads Not Taken where I’m sure I’ll end up killing the Winchesters or worse~

For the first time ever, the reader can make decisions alongside Sam and Dean Winchester in their quest to battle monsters, demons, and every Big Bad lurking in the darkest recesses of America’s small towns.

Here’s an interview with Allie Esiri, who is behind the lovely apps iF Poems and The Love Book, both with Tom Hiddleston joining many famous people reading poems~ BTW, it was Helena Bonham Carter and Tim Burton who recommended Hiddles to her!

Entertaining Weekly did a list of their favourite Breaking Bad episodes… and added some cool poster designs for them: 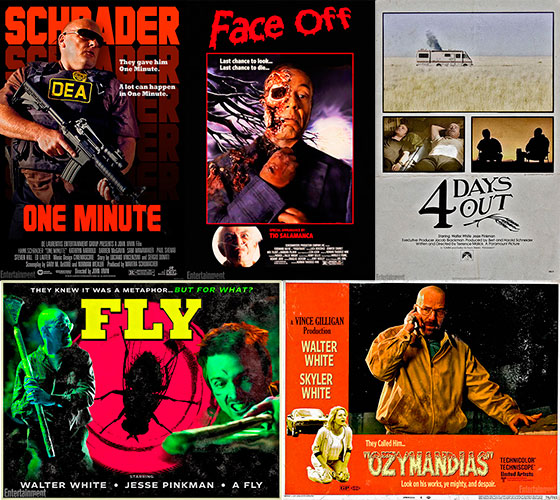 J.J. Abrams assured us that there won’t be any “Disneyfication” of Star Wars. While I understand what he means, I kinda feel bad that making things Disney has a bad connotations nowadays… oh well.

James Spader talks about The Avengers: Age of Ultron and is a member of the club of actors who joined comicbook movies for their kids and nostalgia… and the money, not that Marvel pays a lot~

I think it’ll be a lot of fun and it’s incredibly nostalgic for me. When I was a kid my best friend had trunks of comics and I didn’t have any so I used to love going for sleepovers at his house. Also I have three sons and two of them have a great interest in comics so they’re excited I’m playing the role.

After the tears and hell yeses of the Breaking Bad finale, and it’s soon to be spiritual movie sequel Need for Speed, it’s not a surprise that its rating smashed records. Here’s Breaking Bad creator Vince Gilligan talking about the finale and the fate of Jesse:

We always felt like the viewers desired Jesse to get away. And it’s up to the individual viewer to decide what happens next for Jesse. Some people might think, ‘Well, he probably got two miles down the road before the cops nailed him.’ […] But the romantic in me wants to believe that he gets away with it and moves to Alaska and has a peaceful life communing with nature.

The fallacy in Hollywood is that if you’re making a “feminist” story, the woman kicks ass and wins. That’s not feminist, that’s macho. A movie about a weak, vulnerable woman can be feminist if it shows a real person that we can empathise with. 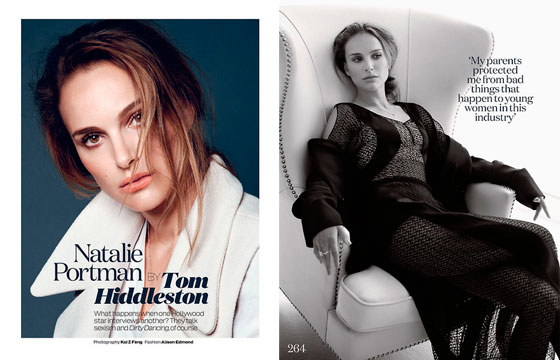 As the Whovians know, Peter Capaldi has appeared before both in Doctor Who and Torchwood… so how are they going to reconcile that with him being The Doctor now? Steven Moffat has the solution! Courtesy of former Doctor Who showrunner Russell T Davies. But what it is? Well, he hinted that the Doctor kinda can choose his face, and referenced and old Doctor Who episode for it. Neat!

Oh, please, yes! He’s tailor made for a film adventure. Wasn’t he the breakaway star of Avengers? He was in my theater, I’ll tell you that! [Ruffalo is] spot-on. I love how he’s more driven than tormented, and the Bruce Banner/Tony Stark bromance is positively inspirational.

Scarlett Johansson talks about her role in Captain America: The Winter Soldier, and talks about Black Widow being awesome:

I think it is a sensational character. It is a professional, highly skilled, dangerous, mysterious superhero. I love playing it. I think that it is rare to find a woman sexy and intelligent on the big screen, able to fight anyone (including men) and overcome them physically and emotionally, and my character does it.