Greetings, my fellow geeks. This week we have a new trailer for The Hobbit: The Desolation of Smaug, and, since Thor: The Dark World is weeks away, many interviews and relevant stuff. But the most important thing? An awesome project by Marvel aimed at young girls! Let’s start:

Alfonso Cuaron tells no lies and says most 3D films are crap!

The problem now is that they make all these films that are not designed for 3D and then convert them as a commercially afterthought—and they are crap. They don’t follow the rules of 3D of what does and doesn’t work. There are a handful of films that have used 3D in a proper way so it can be an amazing tool.

Anyway, here’s a bunch of stills from The Walking Dead season 4. You’ll get lots of cast pictures and lovely images such as this: 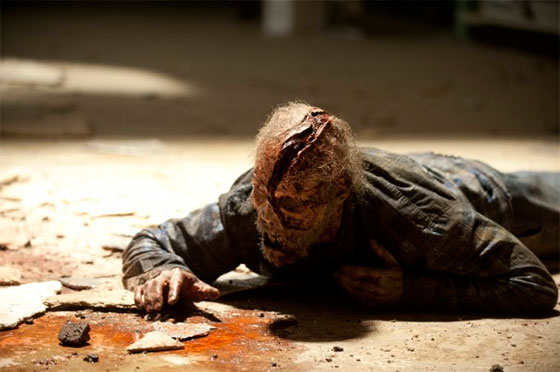 Hugh Jackman joins Neill Blomkamp’s new sci-fi movie, Chappie. You know, the one about a robot cop (not that one!) who gets kidnapped by hoodlums, and is also voiced by Sharlto Copley… because Blomkamp loves that guy. He also comments he’s ready to call it quits with Wolverine:

Great parts always outgrow the actors that play them. If you forget that, it’s at your own peril. They are working on it [X-Men] now, and it would have to be very compelling for me to do it again. I’ve been doing it for 10 years.

Djimon Hounsou talks about Guardians of the Galaxy, having fun shooting it and doing it also for his son:

Marvel world always is interesting for anybody, really. And for your son to see you almost like a superhero, I mean I’m not playing a superhero but like, you know, to see you in that sort of like world is quite fun. And it’s fun for us as grownups as well to be playing tough boys. At the end of the day it’s all about cowboys and Indians.

Clark Gregg gets interviewed by Empire Magazine about all things Agent Coulson, including his stints in Phase 1, Agents of S.H.I.E.L.D., and his action figure:

There’s this really greedy, psychotic part of me that goes, ‘Look at that action figure that Robert just got… wouldn’t it be amazing if I got an action figure one day?’ And suddenly one arrives in the mail, and it’s a little more muscular than I am, and it’s better looking than me, and that’s just fantastic. My daughter likes having it in her room. She’s just becoming a teenager and I know it’ll just be a year or two before she’s lighting it on fire… 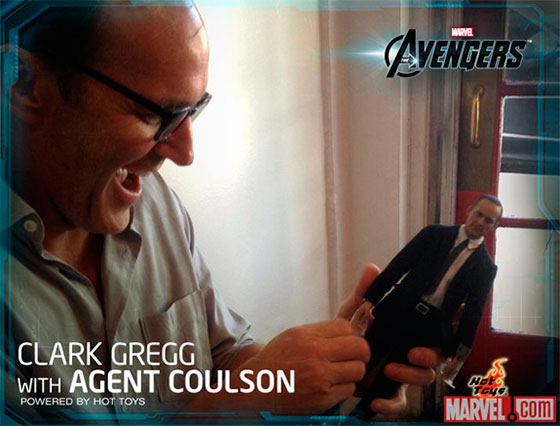 There was talk about Malekith on the Thor: The Dark World special on Total Film. Director Alan Taylor says they have “done a lot of work to make Malekith a three-dimensional character who has an understandable back-story and a motive for what he’s doing”. And Christopher Eccleston appreciates that, and he also seems one of the few actors who actually likes the green screen:

Since The Hollow Crown is being shown on PBS, Tom Hiddleston has been talking about Shakespeare more than usual lately. Dude even talks about the title, saying it is “the symbol of power, and its hollowness is emblematic of how it feeds upon the soul of the man underneath it.”. And he also talks about loving the actors who had done Shakespeare at one point or another:

My heroes are those actors — they are John Hurt and Ian McKellen and Patrick Stewart and Jeremy Irons and Kenneth Branagh and Anthony Hopkins — who’ve cut their teeth on the classics.

I get your Shakespeare feels, Hiddles. I do.

And now, on something totally different… Televisa is talking about the possibility of remaking Maria la del Barrio! They are even juggling a couple of choices for the titular character. But how could replace Itati Cantoral as the iconic and memetic Soraya? Some rumors say they want Barbara Mori… I’m not sure about that. Anyway, they should remake Marimar instead… with Lady Gaga: