Tom Hiddleston keeps winning at SDCC, this time at Nerd HQ where he gets to impersonate a velociraptor.

Here’s also an interview about what happened at Hall H. Apparently it was all Kevin Feige’s idea. Also, he had to do some incognito work~

I flew in to San Diego from London as Jango Fett from the Star Wars films because I knew that if I was seen in San Diego there would be a picture on Twitter or Instagram or Facebook, “I’ve just seen Thomas in the San Diego airport, I’ve just seen him in the hotel. He’s obviously here for ‘Thor 2.

Why Jango Fett? “They were sold out of Stormtroopers.” Oh, you dork.

Now let’s keep talking Marvel!  Joss Whedon says The Avengers: Age of Ultron will not be about the recent comicbook with the same name, also it’s very global, not just US this time… and there won’t be a Hank Pym. But not even mentioned? I mean, there’s gonna be an Ant-Man movie! Come on! Are you for real, Whedon? Or are you trying to pull a J.J.Abrams on me?

Well, because there was a book called ‘Age of Ultron’ quite recently, a lot of people have assumed that is what we’re doing, but that is not the case. We’re doing our own version of the origin story for Ultron. In the origin story, there was Hank Pym, so a lot of people assumed that he will be in the mix. He’s not. We’re basically taking the things from the comics for the movies that we need and can use. A lot of stuff has to fall by the wayside.

He also wishes he could use some X-Men in his movies, and Tigra. He surely loves Tigra!

Here are some awesome Guardians of the Galaxy movie props, including Star-Lord helmet and Nova Corpsmen uniform, from the SDCC display. Besides that, some pictures of the cast courtsy of Entertainment Weekly~ 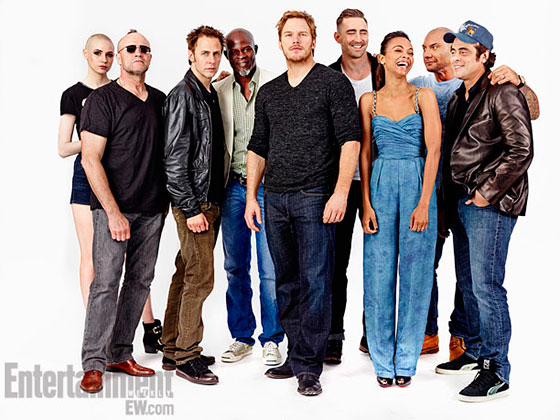 Will I love you as much as I love The Avengers?

Apparently, Captain America: The Winter Soldier is the biggest film leading to The Avengers: Age of Ultron, according to Joe Russo, one of the directors:

Here we have the first official promo shots of Thor: The Dark World action figures, courtesy of Hasbro! Kurse and the Dark Elves still look kinda weird to me~ 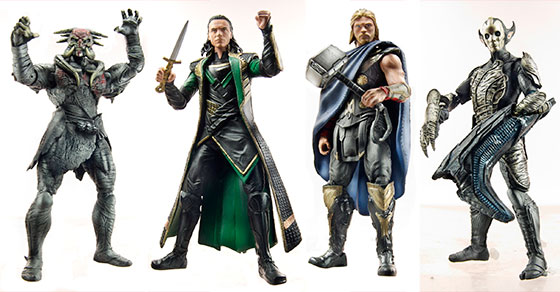 So, the new The Hunger Games: Catching Fire trailer debuted on the SDCC, and here are five things to be aware of when watching it!

Spartacus actor Liam McIntyre wants to be the new Batman. And frankly, I don’t mind that much. His cute enthusiasm on twitter warmed the cockles of my heart.

The press release for the Doctor Who 50th anniversary special is here, and we also had a nice description of the trailer Steven Moffat doesn’t want you to see because he’s an awful troll!