Greetings, my fellow geeks. The last days of the San Diego Comic-Con (SDCC) gave us the biggest geek news, and while DC had the most important future movie news, Marvel stole the show with an Asgardian god. Let’s check how the week started:

This day was from top to bottom full of SDCC news! Let’s start with Matt Smith being a dork, doning a Bart Simpson mask and faking an American accent to walk around SDCC. Nobody wanted to talk to him though. Aw.

Alfonso Cuaron was at the SDCC promoting Gravity, and he spoke about his past projects including Harry Potter and the Prisioner of Azkaban, and Children of Men. Apparently both movies share in common that had a more lukewarm reception than expect… and then time passes and suddenly everybody loves them. Sandra Bullock was also there and, along Cuaron and producer David Heyman, introduced footage of Gravity, which was “breathtaking”. Afterwards, they spoke about it… and the word “mathematical” is thrown a lot. Also, there was this new tech used with invasive rotating cameras~

What was amazing was this robot they invented, on the end of which was the camera. The camera would rotate around and motoring up and down a track at 20mph and then stopping on a dime, literally an inch from [Sandra Bullock’s] nose. I imagine it was quite scary.

There was a bit of footage shown at the Dawn Of The Planet Of The Apes panel. Caeser is totally the leader and things are not good for humans apparently. Also, Andy Serkis gave us this interesting revelation:

He’s ten years older; he’s a leader, a mature leader; he has a wife and teenage son. It’s really all about the choices and reactions to the arrival of the humans and Caesar’s response to that. It’s about teaching the apes language as well as sign language. It’s very rich and fertile ground for exploring the inner ape and also a lot about humanity.

There’s gonna be a The Simpsons and Futurama crossover! Executive producer Al Jean announced it at the show’s panel. The episode will be recorded next month. It will be either the season 25 finale in May 2014 or as the season 26 premiere in fall 2014.

There was also a “Women Who Kick Ass” panel because hell yeah! Said women where Michelle Rodriguez  Maggie Q, Katee Sackhoff, Tatiana Maslany, and Danai Gurira. They talked about “being female action heroes, what it’s like to work in an industry run by men and the hazards of the job”.

Talking about awesome women, Cobie Smulders will be Wonder Woman! … In The Lego Movie. Still, that traitor! LOL

X-Men: Days of Future Past whole huge cast was on the panel, and we learnt about many many things like how Wolverine travelled back in time (not Kitty Pryde!), how many of the cast felt about their characters (no, Halle Berry, Storm is not asexual, it’s just that his husband is still owned by Marvel), and it was a general love fest with all the actors telling each other how great they were. 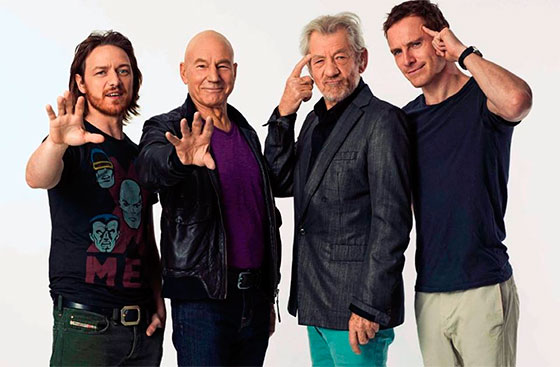 Also, Old Magneto was hitting on Young Magneto and it was glorious!

I just want to say it’s great to be back in California. I feel safe here now that you’ve gotten rid of Proposition 8. I’m looking for a husband. It’s great to meet you, Michael.

On the more important piece of news DC Comics have to offer… there’s gonna be a Batman/Superman stuff on the Man of Steel sequel and I can’t! I mean sure this could be awesome, but with the others news being a possible Flash movie and then Justice League… is it too much to ask for a Wonder Woman movie, dammit?!

But then, the Marvel panel was as glorious as I thought and then some! You know why? Because it started with Tom Hiddleston in whole Loki costume being all method before presenting Thor: The Dark World footage. 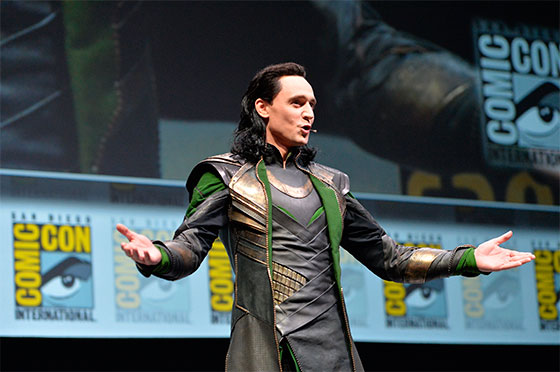 After that we had the panels of Captain America: The Winter Soldier where they tell us the movie will be tense and fast-paced and about the relationshio between Cap and Black Widow, Guardians of the Galaxy where things are funnier than expected and also the cast is lovely… and the most important news, The Avengers sequel will be The Avengers: Age of Ultron!

I can’t speak for Fox–I think Fox might do something–but we’re not prepared to do anything with that. It’s early days for us. We just know that there’s enough Quicksilver in the comics and there’s a reason that each studio has a right to that character is because he’s a certain way in the Avengers comic, he’s a certain way in the X-Men comic, and from what I know now, we’re treating him as very very distinct different characters.