Bryan Fuller has been talking about the progress to save Hannibal. And while there has been talks with Netflix, I guess a former deal with Amazon will mean Netflix couldn’t be an option after all.

I know there have been discussions on a couple of fronts with Netflix and Amazon. But I believe our deal with Amazon precludes a Netflix component so I think Netflix, who has expressed interest and has expressed great enthusiasm for the show… I don’t think contractually with our Amazon contract, they can pick up the show.

So, Amazon? Wanna do something about it? And while Fuller is used to this kind of thing happening (and it’s not like he still has his American Gods gig), he knows that though hope if frail, it’s hard to kill. No, I won’t stop quoting that song. Also, hey Hugh Dancy and Mads Mikkelsen joined the campaign~

Absolutely all mountains can be moved if enough people are willing to put their shoulders to it – with the caveat of if they want to. The arc for a Season 4 of Hannibal is hinging on the finale to Season 3, which like the previous seasons finales, serves as a season end and a possible series finale. 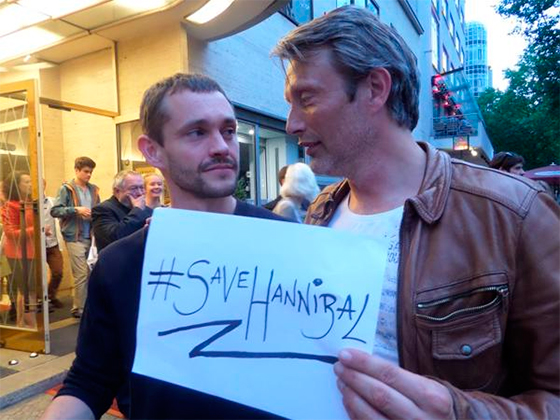 Remember our gal Osgood? Whose dead upset many Doctor Who fans? Turns out, Ingrid Oliver, the actress who played her, was just as upset as us~ No problem though, she will be back for episode 7 and 8 of Series 9… somehow.

I didn’t even think people would necessarily know what the character was called or that they had had time to really care about her. So to hear it was trending… and then my agent sent me over a couple of tweets, which were written in that brilliantly over-emotive way teenage fans do. ‘YOU’VE KILLED MY BAE! MOFFAT, YOU BASTARD!’ We were laughing about it, but it was also such a nice feeling. I felt, ‘Good! I’m glad other people are upset that I’m dead because I’m upset!

Mulder and Scully got a cover on Entertainment Weekly! Not only that, but many official pictures! Enjoy: 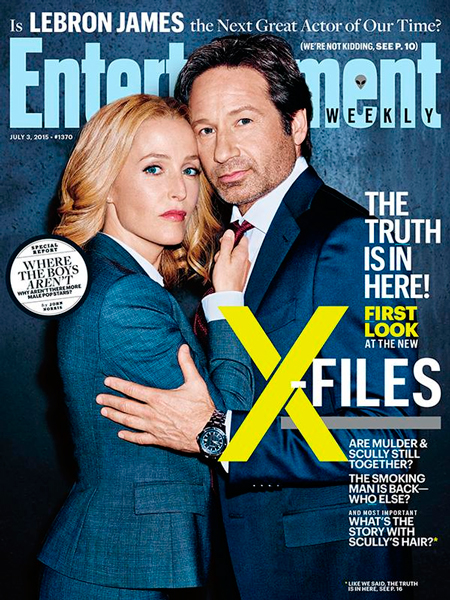 Seems that Marvel’s graphic designers have decided to earn their keep and regaled us with curious Ant-Man posters! Here’s a couple of my favourite ones! 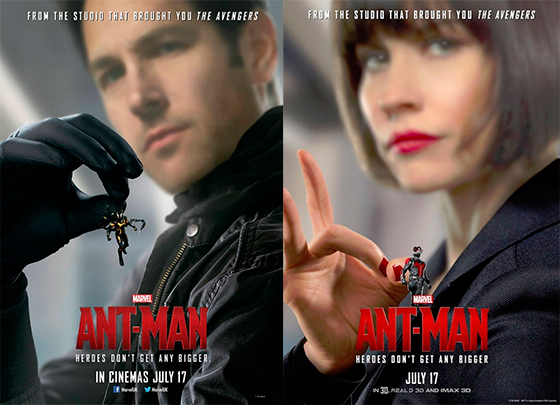 Also, despite one or two unimpressed lucky bastards, the first reactions to Ant-Man have been mainly positive. Also, we get two credit scenes! That’s great news, considering its tracking indicates a $55-60 million opening. Which is good but not great. I hope the good first reactions are true, and the movie keeps it up for weeks to come.

The new Star Trek movie, apparently called Star Trek Beyond, has begun production in Vancouver! And that means, it’s time for Zachary Quinto shave those eyebrows! Ouch! Also, Chris Pine and Zachary Quinto, Kirk and Spock, have signed up for a potential fourth movie, with a nice pay rise! Yep, there has been deal renegotiation! Get money, lads!

J.K. Rowling is writing more Harry Potter! In the form of a not-prequel stage play! Yep, Harry Potter and The Cursed Child will run at the Palace Theatre in 2016. The tickets will be on sale later this year. Rowling made the announcement on Friday because it was the 18th anniversary of when Harry Potter and the Philosopher’s Stone was first published in the UK. But what’s this Harry Potter and The Cursed Child about? Well, call me John Snow, because I know nothing! According to the Daily Mail though, the play will focus on Lily and James Potter, before they were killed by Lord Voldemort. Yet J.K. Rowling insists is not a prequel, and that “when audiences see the play, they will agree that it was the only proper medium for the story”.

–
And that’s it for the week. Before I go, I want to wish Happy Birthday to Nicole Kidman, Robert Rodriguez, Juliette Lewis, Chris Pratt, Lana Wachowski, Bruce Campbell, Meryl Streep and Joss Whedon. 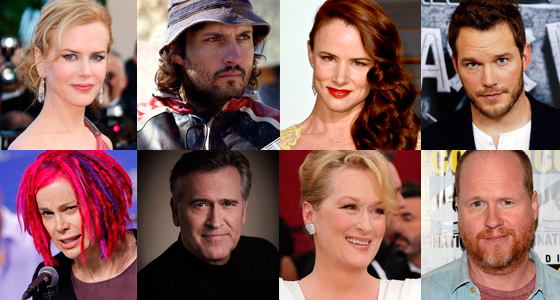