There can be miracles when you believe, and the Fannibals know it~ A #SaveHannibal Campaign was launched mere hours after the cancellation news were made public. There’s a Change.Org petiton, fans have reached out to Bryan Fuller on Twitter, and even to Netflix’s customer service. The producers are also moving their cards and, as Variety reported, “Producers Gaumont Intl. Television and Martha De Laurentiis of the De Laurentiis Co. are actively shopping the show to new buyers, ranging from digital outlets to cable channels”. 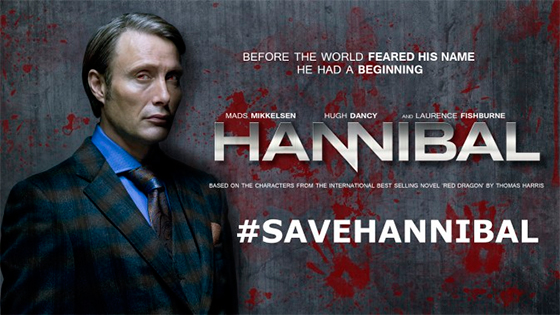 It’s official, habemus new Spider-Man! And it’s Tom Holland! Congrats, kiddo! Also, Jon Watts will direct the film. I don’t know who that is, but his IMDB page is kinda sad. I guess Marvel likes to give new talent a voice… as long as they are white dudes. I don’t mind if Marvel proves me wrong tho! Anyway, Holland had screen tests first with MCU’s MVP Robert Downey Jr., and then with Chris Evans. But don’t expect the new Spidey to have a big role in his first appearance in the MCU, Captain America: Civil War~

Spider-Man is only expected to have a cameo in Captain America: Civil War, so there wasn’t a rush to make a decision since the thesp would only be shooting for about a week.

We always knew they were coming back. After Independence Dayredefined the event movie genre, the next epic chapter delivers global spectacle on an unimaginable scale. Using recovered alien technology, the nations of Earth have collaborated on an immense defense program to protect the planet. But nothing can prepare us for the aliens’ advanced and unprecedented force. Only the ingenuity of a few brave men and women can bring our world back from the brink of extinction.

Empire Magazine always has the cool countdowns, and August edition has the “Greatest Movie Characters Of All Time”, and there are some cool characters in the cover, including classics like Darth Vader and Indiana Jones, and newer ones like Loki and Katniss! Who will reach the Top 10… or even the very top! 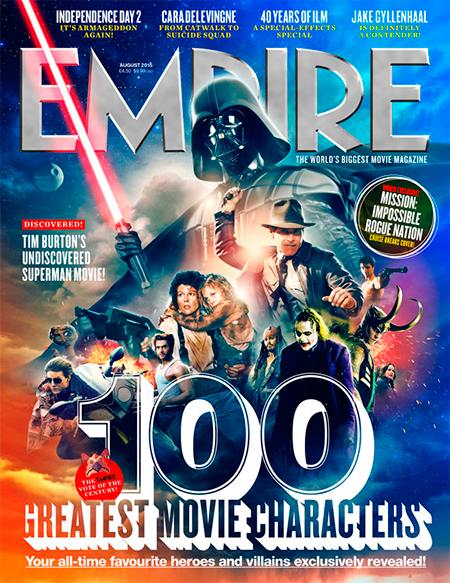 Jurassic World may have took one of Furious 7 Box Office records, but Furious 7 just makes more~ It has now become the third highest-grossing film of all time. I kinda feel sorry for The Avengers, they keep losing titles! Avatar and Titanic, of course, remain unimpressed by the lessers~

Anyway, talking about poor MCU, Kevin Feige explained why they are skipping SDCC this year. And it’s the most logical reason:

It was just timing. We had done that [media] event in October, when we announced so much. Everyone knows what we’re doing over the next few years. I really have a belief: If you can’t go to Comic-Con and overdeliver, then don’t go.

On the DC side of things, Latino Review (which have a hit or miss as far as exclusives and rumors go) reported that Ben Affleck will both star in and direct a Batman spinoff, simply titled The Batman, which is set for November 2018. The script will be by Chris Terrio, who re-wrote the Batman vs. Superman script and won an Oscar for his work on Argo (also starred and directed by Ben Affleck). Well damn if that turns out to be true! Not only would it be the first Batman movie ever not released on North Hemisphere’s Summer time, it will also be in direct competition with Captain Marvel, Marvel’s first female superhero movie.

Here’s Matt Smith talking Terminator: Genisys (but not his specific role, dude remains coy on that info), and the things we love about the franchise coming back:

I think that’s one of the great virtues of this script, is that characters like the T-800 and Sarah and Kyle are back in full force, and actually, as much as we loved those first movies, I think the first was made for $8m and the second was made for $100m. But actually, what we loved was Sarah Connor. I think it’s good that we can explore and use those characters again, but ultimately, this is a new era for these films, and there are new characters that are coming in, and one of them is mine. So, you know, I’m excited about the future characters as well.