The Fangirly Diary of a Geek Girl: Return of the Ladies

Greetings, my fellow geeks! While we have Marvel news of the Strange kind, this week we have had news filled with Ladies! Whether from this Earth, this Solar System or a Galaxy far, far away, this ladies rock!

Box Office News! Maleficent wins over X-Men: Days of Future Past in the American box office, because Angelina Jolie is perfection~

Gal Gadot’s Wonder Woman duds in Batman V. Superman: Dawn of Justice will include pants and a jacket. Well, if they can’t have the greco-roman look, this one is fine by me. I’m still not sold on the jacket though, but I guess Wonder Woman is allowed to feel cold sometimes~ Also, where was I that I took notice of this rumor just now? 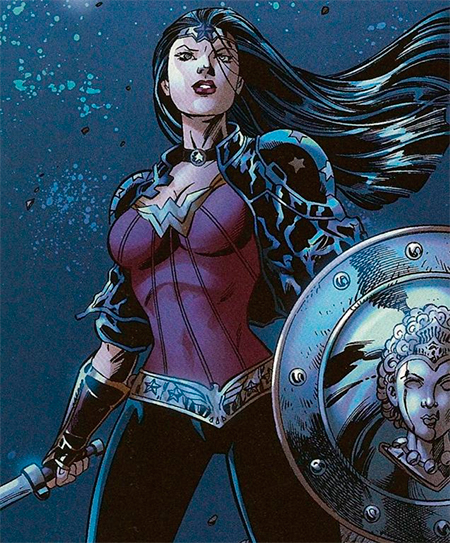 Benedict Cumberbatch has been in the Hay Festival reading many great historical letters aloud, many from World War II. Everyone has appropiately amazed~

More Box Office News! X-Men: Days of Future Past has reached $500 million worldwide, making it the highest grossing X-Men movie ever, and thus washing away the bad taste of having X-Men: The Last Stang being on number 1~

I think Daredevil is one of the heroes that is totally adaptable for TV. He may not be the flashiest or most known of the Marvel heroes, but his stories are usually well written and have long arcs that could work as entire (short) seasons. Anyway, as I say time and time again, we geeks like to overthingk stuff, and here’s a list of comics that could work for Daredevil‘s first 13-episode-season.

Yeah, I didn’t like Legion very much, but I still liked the concepts and the angels so I will give Dominion a try, just as I give everything crazy thing SyFy dishes a try. Hey, sometimes it pays off!

Benedict Cumberbatch is in another war~ Rumor has it that he will be in a big-screen adaptation of the classic WWI play Journey’s End. It is about a group of British army infantry officers in the trenches of Saint-Quentin, Aisne, in the final months of the conflict. And besides Benedict, we may have Tom Hiddleston and Eddie Redmayne and damn, that’s a nice collection of posh Brits!

Talking about our Posh Alien Prince, he ambushed Dame Judi Dench during her masterclass at the Hay Festival~ You see, he’s been trying to make her agree to be Queen Margaret to his Richard III. And on the final day of the festival, Benedict asked again, and she agreed! They were cute together for a while too, playing a scene from Twelfth Night~