The Fangirly Diary of a Geek Girl: Ready Set Go!

There are a couple of new pics (ok, technically three) of The Hobbit: The Battle of the Five Armies, courtesy of Entertainment Weekly’s SDCC issue. Here’s  pic of Lee Pace as Thranduil in a pretty armour! Because going to battle does not mean you have to look less fabulous! 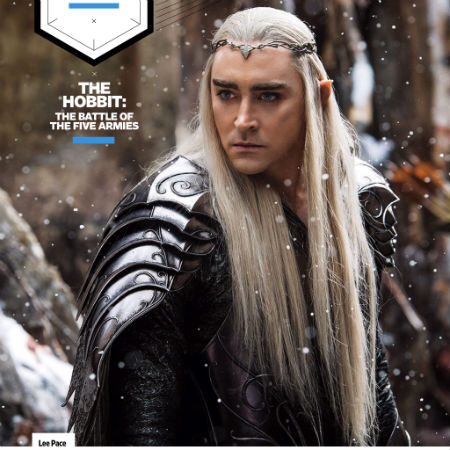 Yeah, there’s a thing called Oculus Rift, a similatur that puts you inside the giant jaeger head, where you have to punch the hell of that Knifehead kaiju. As if I needed more reasons to be envious! But yep, this will make fans remember Pacific Rim for a while! Benedict Cumberbatch was at SDCC, supposedly to promote Penguins of Madagascar, but he actually was there to kill us softly~ Also, damn, nearly every question on the panel was for him. And he talked about his method acting for being a wolf agent~

I worked at Yellowstone National Park as a wolf for a while. About a month into it, I realized that two other wolves were Christian Bale and Daniel Day-Lewis.

And then he talked to MTV’s Josh Horowitz about those Doctor Strange rumours. While he didn’t say “no”, the denial was not as strong as it could be. But yeah, boy will be busy with Hamlet.

As far as I’m aware, even if that was the case, it couldn’t work out because I’m doing a little play called ‘Hamlet’ in London. So I don’t think I could even if that was in the cards. It sounds like a fantastic project. It’s a shame if I miss out, but who knows?

The Hannibal panel was full of Season 3 hints and teases, including Doctor Chilton not being quite dead! Raul Esparza himself was at the panel, and Bryan Fuller said that he’s “going to be a big part of season 3.” Also, if things go well season 4 will be Silence of the Lambs, and that means Fuller will have to go court MGM so they can use Clarice Sterling. And if all fails, Fuller has a simple solution: “I’ll introduce ‘Schmarice Schmarling.’”

On August 1st, Joss Whedon: The Biography will hit the bookstores, and it contains a heartfelt email that Tom Hiddleston wrote to Joss after he read the first draft of The Avengers~ It is actually cute and full of sentiment, even if it wasn’t as long as I expected. Joss seems to think it is quite long though!

Tom, this is one of those emails you keep forever. Thanks so much. It’s more articulate (and possibly longer) than the script. I couldn’t be more pleased at your reaction, but I’ll also tell you I’m still working on it … Thank you again. I’m so glad you’re pleased. Absurd fun to ensue.

Guillermo Del Toro had his turn at SDCC! He talked a lot about Crimson Peak, and I am eagerly awaiting for more! He also talked about Justice League Dark, which he will do someday, because man he is busy! It seems that movie doesn’t even have to have continuity with the TV series.

We have Deadman, we have the Demon, we have Swamp Thing, we have Zatana, we have Constantine, but DC and Warners have been very clear that they are trying to keep those properties separate so when the time comes they can unite them, once they know they’re quantifiable. Batman, Superman, Green Lantern… everyone eventually will come together. Right now, they’re allowing us independence.

Yep, we are getting Mockingbird in Agents of S.H.I.E.L.D.! Also, Lucy Lawless will be playing Isabel Hartly, and Brit newcomer Nick Blood will play Lance Hunter. Finally, for those who haven’t known, Marvel has been teasing us practically the whole week [1] [2] [3] with interlocking posters of Avengers: Age of Ultron, where all the said Avengers battle an army of Ultron bots (which are lackey robots of the main Ultron dude)… and the final result is as glorious as you would expect. 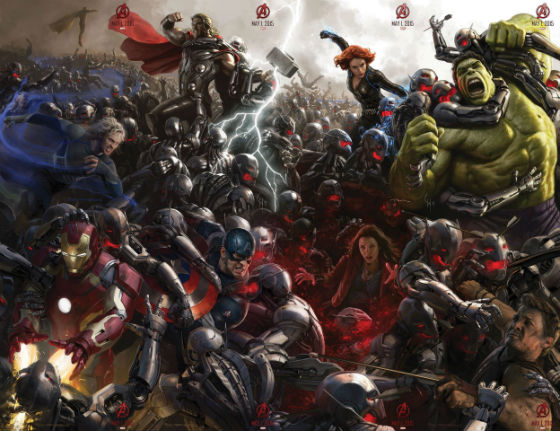 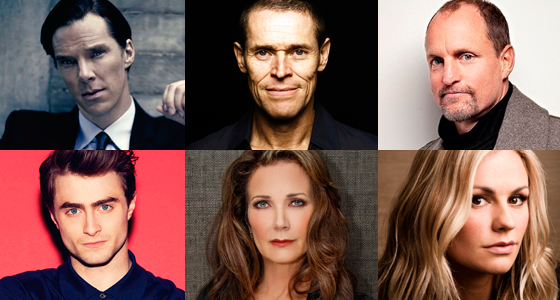