The Fangirly Diary of a Geek Girl: Raising a superhero

The internet (and Jeremy Renner) leaked promo art of the opposing superhero teams in Captain America: Civil War. A couple of surprises are Black Panther, who was said was a neutral party, and Black Widow who team up with Cap in Captain America: The Winter Soldier. She was with Iron Man’s team in the comics tho! Missing in the pictures is Scarlet Witch, who was said to be in Cap’s team. Also missing is Spider-Man who was said to be Iron Man’s team (and will probably change teams along the way). All in all, these promo art might be from before Marvel and Sony made a deal for Spider-Man. All in all, these teams make sense. Mostly. Still judging Sharon Carter’s white pants. Peggy would never! 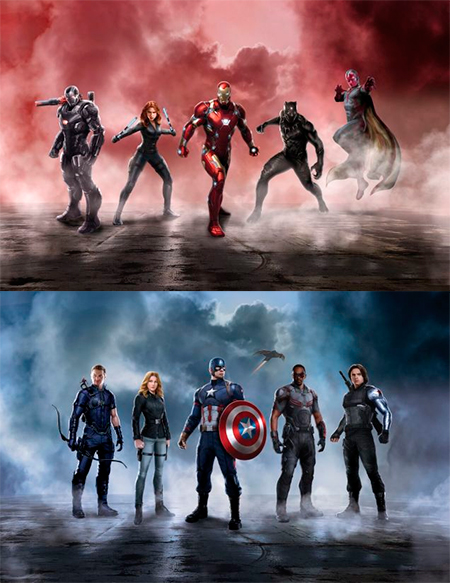 Hannibal might not have another season, but Mads Mikkelsen still has some gigs up his sleeve. Marvel is eyeing him to play a(nother) villain in Doctor Strange! He could be there trying to kick Benedict Cumberbatch’s ass alongside Chiwetel Ejio a.k.a. Baron Mordo. So, who could Mads be playing? Maybe Mordo’s Master, the demonic Dormammu?

Check out Michael Fassbender’s first image in Assassin’s Creed! Dude will be playing a brand new character in a in a previously unexplored historic time period, because this movie ain’t retelling any of the Assassin’s Creed games!

Through a revolutionary technology that unlocks his genetic memories, Callum Lynch (Michael Fassbender) experiences the adventures of his ancestor, Aguilar, in 15th Century Spain. Callum discovers he is descended from a mysterious secret society, the Assassins, and amasses incredible knowledge and skills to take on the oppressive and powerful Templar organization in the present day. 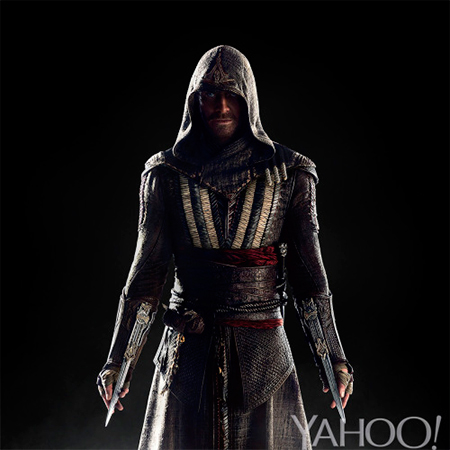 OMG! Galaxy Quest TV series will happen after all! Amazon Studios has signed up to develop it. OK, that’s cool and awesome but there’s no news about the cast… and I cannot imagine it without the original cast. Come on, some not Alan Rickman dude is going to say “by Grabthar’s hammer”?! Also, is it going to be about the TV show, or the actors who were on the TV show? Or maybe more gullible aliens will go ask for their help again while they have their new show? So many questions!

On “no shit, Sherlock” news Star Wars: The Force Awakens is predicted to shatter box office records with a global opening of $615 million! And to continue the Star Wars promotion, Empire Magazine showed their subscribers’ cover featuring BB-8! Plus a couple of on-set stills~ 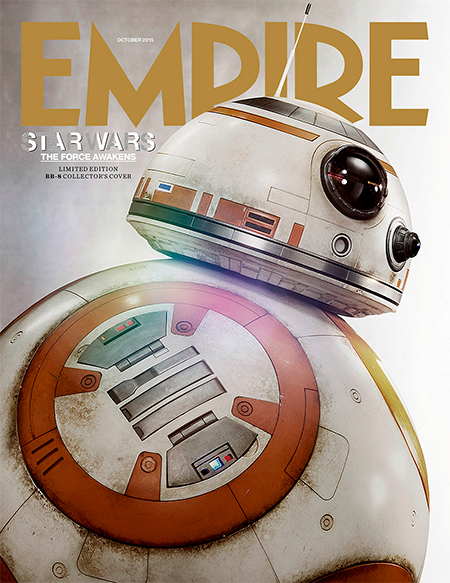 Despite its uneven seasons, American Horror Story is doing pretty well in ratings. So much that they are considering having two season for 2016. Yep. A fall season and a spring season, according to Ryan Murphy himself! But what about Jessica Lange, who will be missin for the first time in this “Hotel” season? Murphy has been talking to her and trying to work around her Broadway schedule. So yes, “she’s not gone forever”.

Despite rumors to the contrary, HBO executives insist that Game of Thrones‘ favourite know-nothing chap “is absolutely dead”. Yeah, the fans won’t believe that until they see Jon Snow’s corpse. Talking about dead characters, George R.R. Martin wants the fans to know that Stannis is still alive in the books! Sadly, there’s still no release date for The Winds of Winter. Maybe he should stop writing on Livejournal and finish the damn book. But that would be a case of pot calling the kettle black, since Livejournal is also one of my favourite procrastination tools~

The Walking Dead will get a 30-minute standalone set on a plane during the early days of the zombie outbreak. So yes, Zombies on a Plane. At least one of the character in the zombie-infested plane survive and then join the cast of Fear the Walking Dead in Season 2. Is this going to be like Snakes on a Plane? Or like the airplane scene in World War Z? Well, these are slow zombies for one. Oh well, this may be more interesting than The Walking Dead spinoff prequel about Daryl and Merle that Norman Reedus thinks will be “super fun” to do.

Here’s the lovely trailer of The Iron Giant: Signature Edition. What’s that? Oh, you know, the trailer for when the movie will play on September 30th and again on October 4th. In USA. Where I am not at. But fear not! At least we will get the movie on Blu-ray this fall (North Hemisphere’s fall, that is).

Also, Vin Diesel teased a sequel. Because he likes to watch the world burn like that.

I have been very lucky to have played so many interesting characters… one of the first and one of my favorites is… the Iron Giant. P.s. Don’t be surprised when you hear WB announce the sequel.

–
And that’s it for the week. Before I go, I want to wish Happy Birthday to Richard Armitage, Adewale Akinnuoye-Agbaje, James D’Arcy, Rupert Grint, Tim Burton, Melissa McCarthy, Chris Pine and David Fincher. 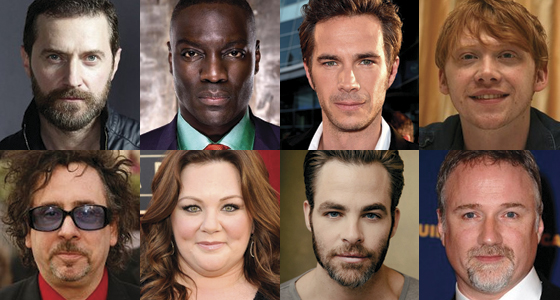