Disney’s young Han Solo search is narrowing down to a final shortlist… and none of them totally convinces me. Oh well, I guess that’s why I’m not a casting director. According to The Hollywood Reporter those are Alden Ehrenreich, Jack Reynor, and Taron Egerton. Variety adds Blake Jennerand Jack O’Connell to the list.

In sorta related news, Steven Spielberg and Harrison Ford team up for Indiana Jones 5! Disney sure wants all the money they can get from buying Lucasfilm! The film is set to July 2019 release. And I really hope, without George Lucas’ influence, that it turns out better than Indiana Jones and the Kingdom of the Crystal Skull. Well, considering Harrison Ford’s age, they better protect him with bubble wrap and then some until it’s time to film. Anyway, I’m sure the movie will be a game of “spot the action double”. Hey, if Daisy Riddley manages to land the Lara Croft role, she could ask him tips to be an awesome tomb raider!

Welp, there are quite a lot of classical art references in Daredevil season 2 posters! Check out Karen’s poster inspired by Caravaggio’s “Saint Jerome Writing”:

Black Panther is the newest addition of the MCU that we will get to see in Captain America: Civil War. Sure, Spider-Man is also new to the MCU, but we have seen Spider-Man on the big screen before. And so Marvel announced a marketing push for Black Panther, where we will get “apparel, toys, collectibles, home goods, and more”. But wait, there’s more! Dude also gets a comicbook relaunch, written by Ta-Nehisi Coates and illustrated by Brian Stelfreeze. Black Panther #1 comes out until April 6th, and we already have an awesome first look! 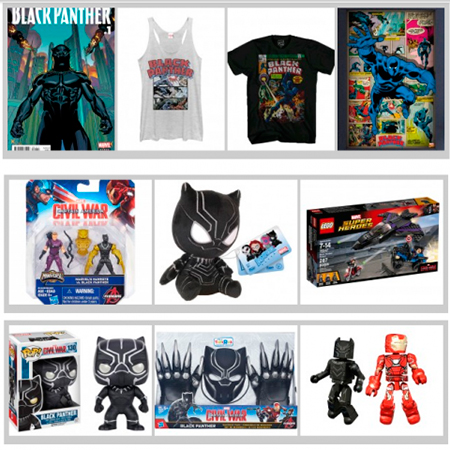 Charlie Cox said that his Daredevil would totally fit in with the Avengers, dude. Boy not only knows his comics, he also wants that movie money (and merchandising I guess). I applaud your hustle, good sir!

Some people have said that they wonder about, based on the tone the show, how Matt would fit in with the Avengers. I was reading Civil War the other day, and Matt Murdock… is kind of an ass. He’s in the back, standing around grumpy a lot of the time, and every now and again, he just says ‘Well, we’re not doing that’ or something to that effect, and I’m like, ‘That’s the character, we’re fine.’ So tonally, with Matt I think we’re right on point and he’d be a perfect fit in the larger MCU.

Here are some new images of The Flash/Supergirl team up, and they are the cutest! 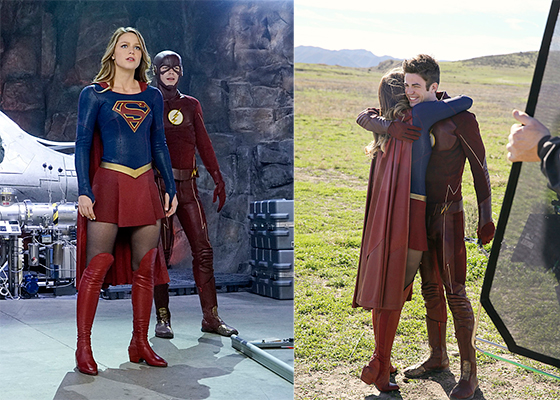 Gotham got renewed for a 22-episode Season 3 at Fox! I’m glad, I love this lovely dumb series!

The Batman/Superman shippers are everywhere. Even in Wired! Here’s  the trailer what could have been my favourite rom-com: Batman meets Superman: Dawn of Just Us~